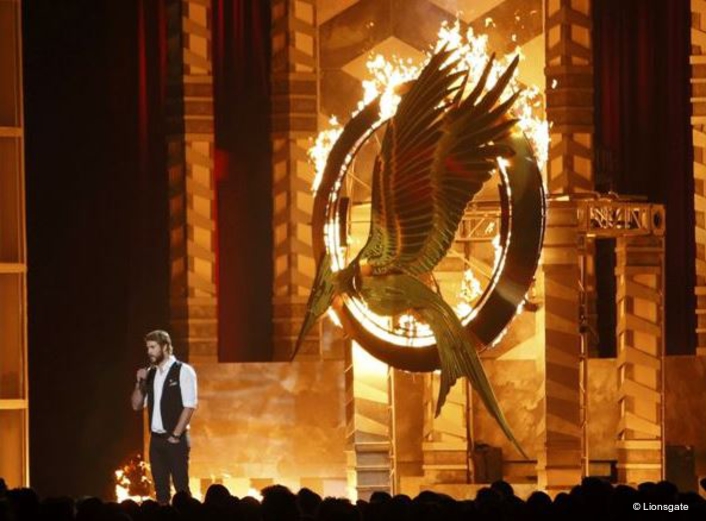 “I want you guys to forget everything you think you know about the games. Last year was child's play.” – Haymitch Abernathy, “The Hunger Games: Catching Fire,“ Lionsgate, 2013

I haven’t seen/heard so much finger pointing and buck passing since the EU (European Union) and Greece tried to solve the huge debt imbalance.

Do you hear yourselves?

4K Work
At NAB (National Association of Broadcasters), FCPX (Final Cut Pro Expo) and the Creative Storage Conference; the only thing that was discussed and shown was 4K shooting, production tools and systems.

I haven’t visited the network facilities; but down in Hollywood, people look at HD cameras and think they’re so old they wonder where the reel crank is.

But even then, you’re looking in the wrong place.

If you go to the YouTube, Yahoo and AOL studios, folks of every age and gender are putting the wrap on short shorts, shorts and feature films in 4K and hammering out revenue-sharing deals.

Netflix, Amazon and Hulu are working with small studios that are producing features and series for their pay-for-view customers.  Do you think Netflix consumed a big chunk of last year’s 59.9 EB of data traffic per month last year with Gilligan’s Island and Baywatch reruns?

But the real volume of 4K entertainment is being done every day by thousands of independent filmmakers and production folks around the globe with Blackmagic cameras, MacBooks, Adobe Premiere or FCP and OWC storage in their bedroom or non-descript production facilities. 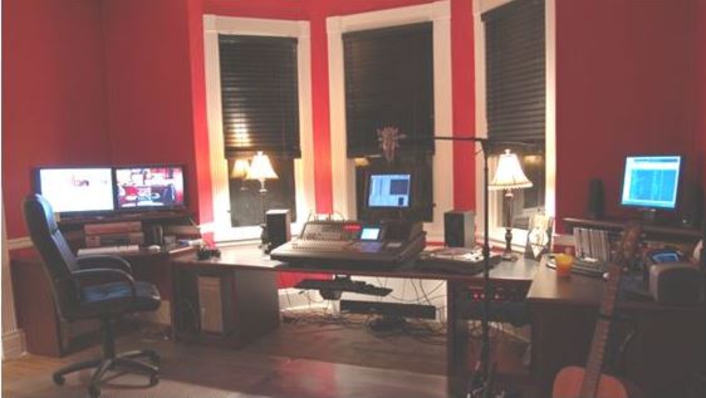 Volume 4K Production – Sure, the worldwide headquarters of the studio may be a spare bedroom or corner of the living room; but for the thousands of independent filmmakers, it’s everything he/she needs right now to produce great 4K content for an eager audience.  They don’t have to beg pay TV execs for an opportunity; they can reach people by getting it on the Web in a wide variety of ways.

They produce the films with their own money, loans from friends/family, maxed out credit cards or indiegogo funds.

There aren’t just a few hundred hours of 4K content, there are 10s of thousands of hours of broad and narrow interest stuff sitting there waiting to be viewed and being viewed every day.

Upgrade Production Offerings
Yes, Jurassic World and Inside Out are racking up 100s of million in revenues; and they had production, marketing and distribution budgets to match.

Working to stay ahead of Facebook, YouTube continues to improve picture quality and recently announced they’ll be streaming videos in 8K.  O.K., no PC or TV can display 8K – let alone stream it yet because we’re talking about 7680x4320 pixels (16x as much as 1080p and 4x 4K streams); but both entertainment delivery companies are way ahead of the other guys. 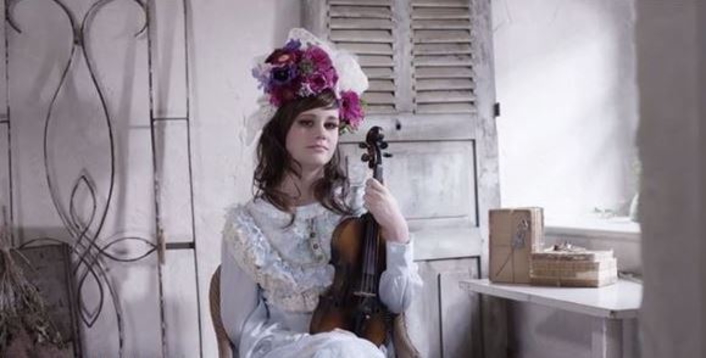 8K Coming – There’s not a lot of publicly available 8K content (8x crisper, better than HD) but YouTube has already announced they’ll be putting up some movies for you to enjoy.  The only problem is the Internet can only handle the 4K videos they offer by the thousands right now so I suppose to watch the 2-3 shows available you’ll have to go to their offices for a few years.

According to Ampere Analysis, Facebook will deliver two-thirds as many video views this year as YouTube does (2 trillion vs. 3 trillion).

That yields some interesting facts:
-        The online services can give advertisers precise viewer data so they can sell more ads and charge “equitably” for them
-        They can give detailed information to some of the TV shows and events that are selling their own ads
-        People who get the content “free” don’t mind the ads

Pay TV is still a work in progress.

Maybe because they’re not dragging along a legacy of ancient hardware/software, Netflix is delivering (and profiting) content around the globe.

Yes, some of that content is consumed on the big 4K set; but it’s also viewed (and enjoyed) with almost any screen they have close at hand.  According to Parks Associations:
-        About 50 percent view online content
-        Less than 10 percent of 65+ year olds watch online
-        Millennials get about 40 percent of their entertainment from TV channels, 25 percent online 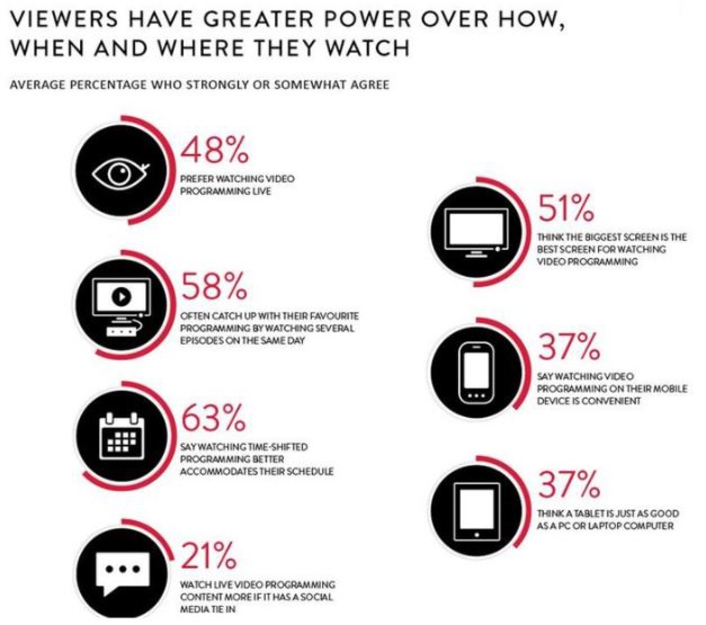 My Entertainment – Many in the M&E industry still think of the large TV set in the family room and that’s true for late millennials and above but the younger crowd sorta’ figures if it’s got a screen it’s for viewing--especially since most PCs, tablets and smartphones are 4K viewing-capable.

They know that the industry has changed since color broadcast TV was introduced.  According to Adobe Pass, entertainment is being consumed on connected devices and at times that does mean OTT (over the top) TV. Kids (Gen Zers) use their iPhone (97 percent), all generations use their computers and 50 percent of millenniums use a tablet.

Broadcast folks like the delivery/viewer growth/satisfaction Netflix is getting so making more content available to/through them looks easy.  Pay TV folks are looking for a way to free themselves of heavy cable bundle tariffs but they are deluded with the idea all they have to do is open their own pipe and magic will occur.

TV sets and mobile devices are all 4K-ready and the IP distribution platform serves all of the devices, but assets are spread across multiple distributors and metadata is missing.

So rather than let Netflix, YouTube and Amazon call the shots, SMPTE (Society of Motion Picture & Television Engineers) and other industry groups are pushing IMF (Interoperable Master Format) for distribution.

That will solve one of the problems; but pipe owners say the Internet everywhere needs a minimum of 25Mbps, often citing research like Accenture’s that said viewing suffered from buffering, video/sound stoppage and quality issues, that build-out is going to take time, and they’ll have to charge more for the service.

It works because today’s UHD 45fps streams can flow smoothly under 10Mbps (some deliver OTT with 4Mbps), which is above the global average bandwidth and advanced countries already exceed that. 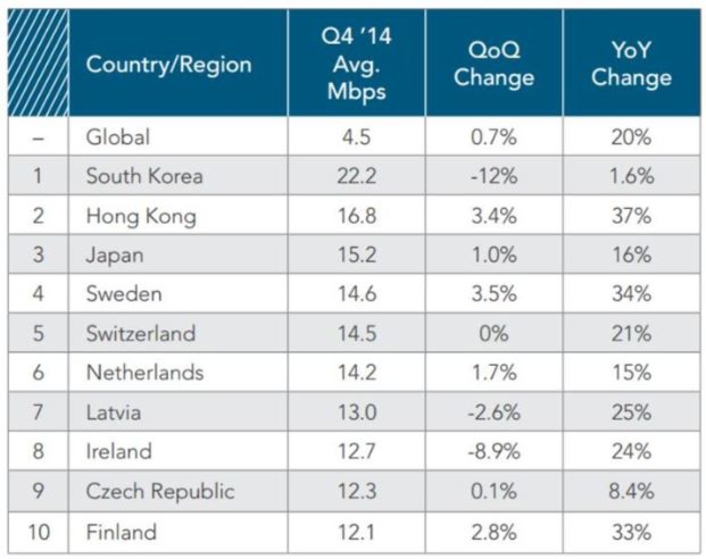 Plenty – Pay TV folks like to say that really good 4K content streaming requires a minimum of 25Mbps, despite the fact that so many firms that were born on the Internet are delivering entertainment to peoples’ screens around the globe and it’s getting better … fast.  Unfortunately, U.S. service providers are still “a little” behind.

The rest are rapidly upgrading services.

So what’s the stumbling block?

It could be our old friends DRM (Digital Rights Management – you can’t see my stuff unless I’m paid) and DAM (digital asset management) since there are different flavors for every day of the week and phase of the moon.

And they aren’t compatible.

It’s a little tougher, but SMPTE and the standards groups will get this under control as well.

4K Screens
Broadcast and Pay TV folks like to say there just aren’t enough 4K sets out there to accept enjoy brilliant UHD content so they aren’t going to make another misstep pointing to the enthusiastic failure of 3D.

It’s different people.  You can see the brilliant quality of 4K with the naked eye.  People are buying sets in anticipation of more than just rental movies.

Vizio broke the $1000 price barrier before last Christmas. They’re already offering sub-$600 screens (43-in) and are hell-bent on being the big kahuna in set sales. 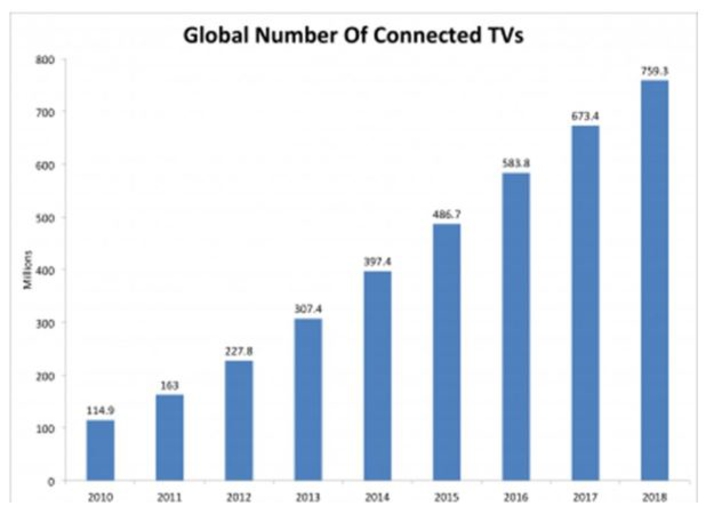 Connected Sets – Not all of the Internet-connected TVs are 4K UHD sets, but the numbers are increasing rapidly since the prices have dropped significantly in the past six months.  Europe and Pacific Basin countries are regularly offering 25Mbps performance and that capacity is increasing more than 20 percent per year.  The combination is raising the demand for 4K TVs and content people are delivering.

Every research organization agrees with Futuresource -- 4K adoption will grow quickly beyond this year with shipments rising to more than 100 million by 2018 (38 percent of the total market).

The volume potential and aggressive pricing have been enough to encourage every brand to make more than a few flights to China to nail down specs, prices and shipment guarantees.

But that doesn’t resonate with the Pay TV industry, even though a few (CBS, HBO) have launched icons on the UHD sets.

That’s okay for the people who got there first – Netflix, Amazon, Vudu, M-GO and others; and they’re doing just fine, thank you.

For a moment though, let’s put the smart 4K TV numbers aside because even when they pass the 50 percent household threshold, they will still be peanuts compared to how millennials and below are watching their content.

No Idiot Box – The TV set used to be called an idiot box because people stared at it for hours no matter what the TV folks delivered.  Today, that has changed. Even though people may watch content on their connected sets, they are also entertained with every device they have. Often all of them are used at the same time.

People, especially Gen Y and Zers, watch their content online, anywhere. And today, online
doesn’t necessarily mean with a computer. But there are more than 896M viewing-ready PCs in use worldwide and 80.8M of that total was shipped the 4th quarter of last year.

There are more than 654M tablets around the globe being used by kids who are watching TV on them and parents who are downloading the stuff they missed for their business trips.

We just cracked 2.5B smartphone sales around the globe; and we call them smart because they can stream content – news, entertainment, shorts, features.

So what’s the holdup?

But the bundle companies aren’t the only ones to blame.  The entertainment industry has always been a unique, fascinating ecosystem where gentlemen (face it, most of the honchos are guys) agreements were made on what they made, offered, sold. 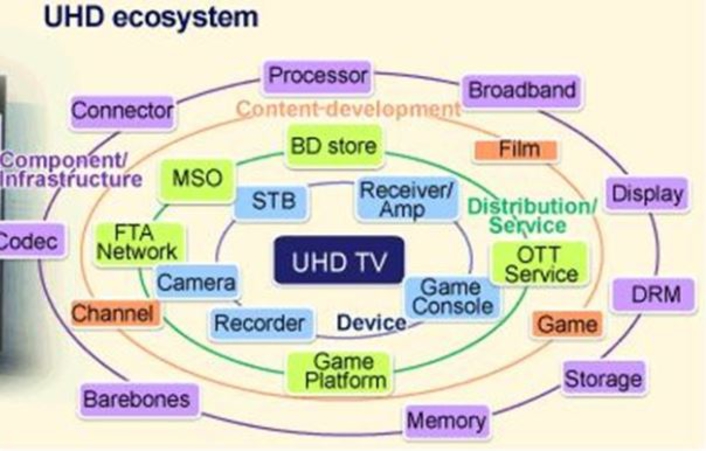 Own World – To anyone not on the inside it is surprising how many firms and organizations are involved in the M&E industry. The new standard, 4K UHD, has introduced even more players to the game.  Some focused 100 percent on meeting the needs of everyone involved – including the consumer, while others work on their own agendas and timetables.  Those who can think of tens of reasons why 4K is a distant tomorrow are slowly being left behind as people find new avenues to produce, deliver and consume UHD entertainment.

Parks Associates forecasts that by 2018, there will be about 46M households subscribing to UHD pay TV services, probably out of habit.

Increasingly, more people go to Netflix, Amazon, Facebook, YouTube, Yahoo and a couple of hundred other locations to find their entertainment; and that is a pain, to say the least.

Our kids don’t have that problem.

They sit in front of our smart 4K set and “see” whatever is on the screen. They also have their iPhones/smartphones, iPads/tablets and sometimes even their notebooks open.

Stuff people simply couldn’t do in the linear TV days.

Once you watch a TV show, movie or sporting event in 4K, you’re not going to waste time with “good enough” 1080p or worse,720p.

It’s not just a threat … it’s a promise.

All the ecosystem players have to do is remember what Peeta Mellark said, “I don't know kind of deals you made with Haymitch, but he made me promises too.” To paraphrase Peeta…consumers are committed!