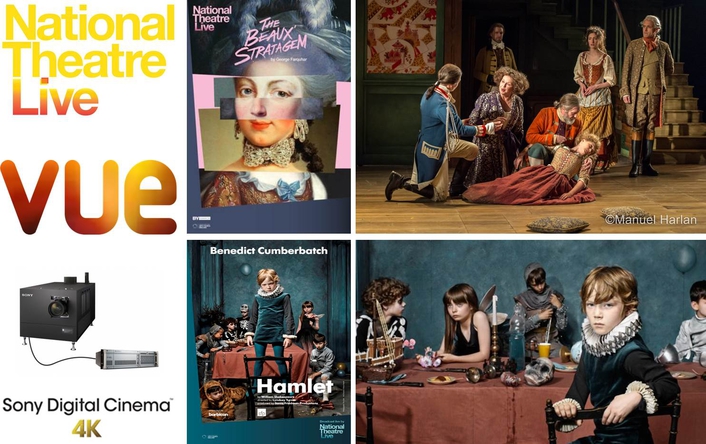 The Beaux’ Stratagem: shot and screened exclusively by Vue in Sony 4K
Simon Godwin directs George Farquhar’s colourful 18th century comedy The Beaux’ Stratagem. The production will be shot in 4K and then delivered for exclusive ‘encore’ screenings to Vue customers around the country as a 4K DCP (Digital Cinema Package). This will allow audiences to fully appreciate the expanded colour space captured by Sony’s F55 4K camera – giving cinemagoers a breathtakingly lifelike experience with richer, more vibrant on-screen tones and textures than conventional HD transmission. 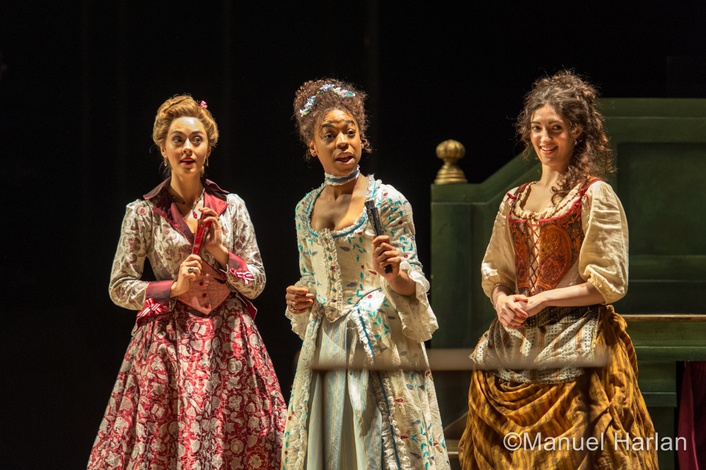 “The Beaux’ Strategem stood out as a perfect choice for capturing in 4K” notes National Theatre Live Producer, Emma Keith. “From the intricate multi-layered set to the voluptuously colourful costumes, there’s a huge amount of on-stage detail that 4K can capture”. 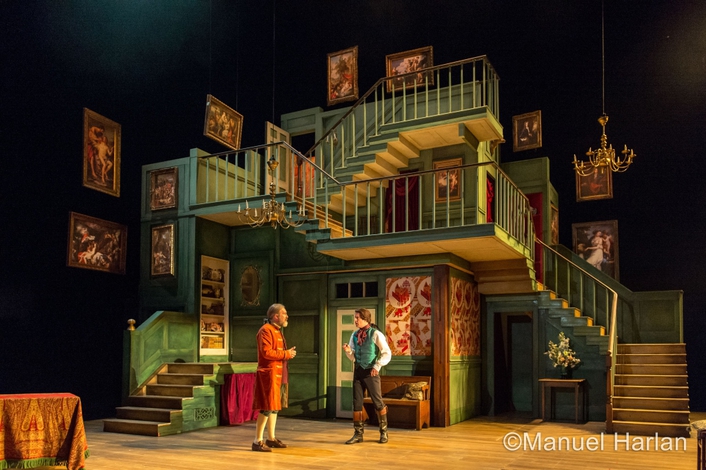 Hamlet: world’s first multi-site live 4K transmission to multiple Vue cinemas on 15th October
Directed by Lyndsey Turner and produced by Sonia Friedman Productions, October’s production of Hamlet sees Academy Award® nominee Benedict Cumberbatch take the title role in Shakespeare’s great tragedy. In a major event cinema breakthrough, the 15th October performance at the Barbican will be transmitted live in 4K for exclusive presentation in selected Vue cinemas around the UK. It’s the first time that any theatrical production has been delivered live to multiple locations for simultaneous 4K projection. Transmitted with 4K resolution at 50 frames per second, the live broadcast will ensure that cinemagoers enjoy smooth, realistic reproduction of the action on stage. 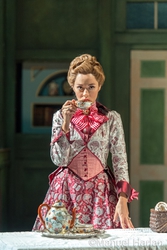 “This eagerly-awaited production has been the fastest-selling show in London theatre’s history”, says Emma Keith. “It’s wonderful that we have the opportunity to future-proof Hamlet in 4K, giving the widest possible audience a chance to experience this landmark production – both live and after the event.”

4K reveals every detail of world-class drama
The Beaux’ Stratagem and Hamlet will both be captured using Sony F-Series 4K cameras. With four times the resolution of Full HD, the immersive clarity and detail of 4K will reveal the subtlest nuance of every performance as it’s never been seen before.

“It’s great for National Theatre Live to be leading the field in capturing our productions in 4K” says Emma Keith. “The detail with which audiences can see the costumes and sets is outstanding, that’s great news for cinema audiences. And these are set to be two spectacular productions”.

Audiences at Vue Cinemas around the country will exclusively be able to experience the on-stage action in 4K, as if they’re right there in the auditorium. Screened with Vue’s fleet of Sony Digital Cinema projectors, these special 4K showings will bring both NT productions to life with unsurpassed detail, clarity and contrast. It’s an ideal opportunity for theatre fans to enjoy the immersive spectacle of world-class drama at their local cinema.This autumn’s presentations build on the success in March of Behind the Beautiful Forevers – the first NT Live production covered by the agreement that was recorded and screened exclusively to Vue customers in Sony 4K. 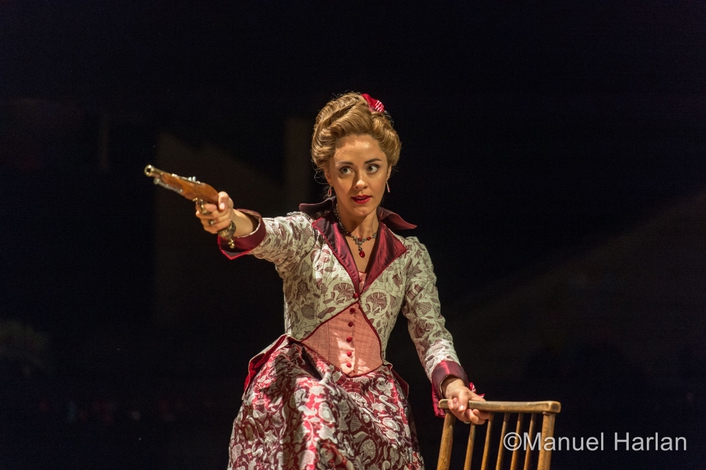 “Presented in Sony 4K, these two visually sumptuous productions push the rapidly-evolving boundaries of event cinema even further” says David McIntosh, Vice President, Sony Digital Cinema 4K Solutions for Europe and the Americas. “At Sony we understand the power of connecting viewers with wonderful emotional experiences. It’s a great privilege to be closely involved with partners of the calibre of NT Live and Vue Entertainment in creating something very special for audiences.

“October’s live 4K transmission of Hamlet to multiple venues will be yet another world first in event cinema from Sony”, notes McIntosh. “Building on our unique partnership, we’re already looking at more innovations that will raise the bar further in terms of picture quality and the overall experience for more cinema-goers.” 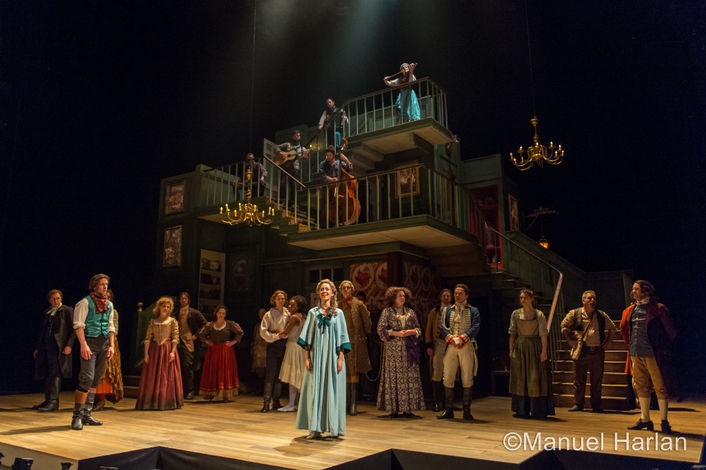 Kevin Styles, Managing Director (UK & Ireland) of Vue Entertainment. “At Vue we place entertainment and digital innovation at the heart of our services and we are delighted to bring this exclusive world first real-time 4K transmission to our customers. Importantly, those customers who wouldn’t normally be able to access such fantastic theatrical productions can now not only enjoy the thrill of live events but can do so in the most realistic and technically innovative way.”

Recorded with PMW-F55 in ...re Feeling to Vue Cinemas
From the Stage to the Big Screen
National Theatre Live to ...oadcast