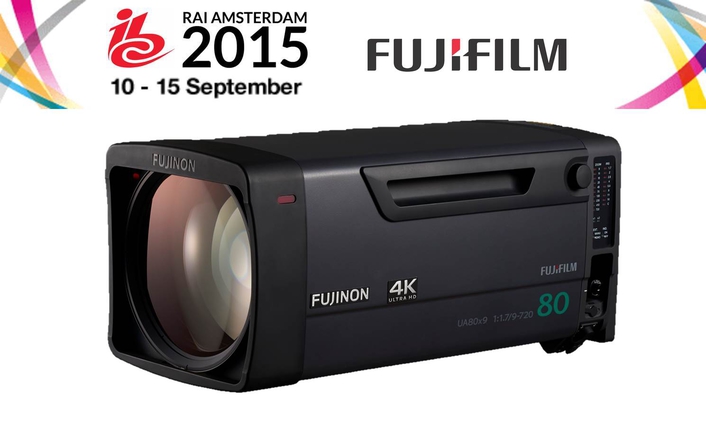 Ever since the first color television content aired in 1962, FUJIFILM has been involved in the development of broadcast-quality lenses for the television industry. Then, as now, our mission is to provide production professionals with ‘high-performance, high-quality’ lenses. Fujinon’s lens commitment to quality has won the acclaim and trust of both the broadcasting and cinema industries, recognized through three Emmy Awards for outstanding technological developments, as well as IF and Red Dot Design Awards.

Now, with the full-scale shift to 4K broadcasting on the horizon, Fujinon, along with other manufacturers, is looking to deliver next-generation products to capture and transmit broadcast TV productions to audiences around the world. Back in 2009, 8K/4K cine parents the HK-Series cine zoom lenses with 8K-class optical performance were first introduced. These have since become popular tools in major movie productions worldwide. One particularly appreciated feature of these lenses is their ‘non-breathing’, as Keslow Camera (top-end LA camera hire company)’s Dennis McDonald comments: “These lenses do not breathe; with other lenses the image may shift that critical bit when you zoom in and out. But with Fujinon, there’s no image shift at all.” In 2012, on the back of the success of the HK-Series, Fujinon launched the 4K-class ZK-Series zooms, which are much lighter in weight. These were the world’s first PL-mount cine lenses to incorporate a detachable full-servo 16-bit drive unit, enabling broadcast-style shooting techniques and making them a popular choice for handheld movie work. 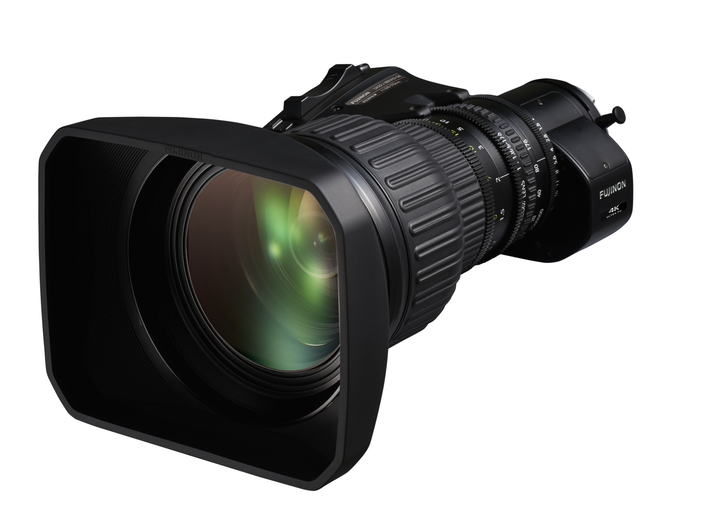 Both the HK and ZK lens series have since played a major role in 4K test broadcasts on various global sporting events including the Confederation Cup and last year’s World Cup. Now, with the demand for 4K video content surging (there was a 7-fold year-on-year increase in the shipment of 4K-compatible television sets to approximately 11.6 million units last year; and in March 2015 a dedicated 4K channel- CS satellite broadcasting, launched in Japan), other regional and global broadcasters are likely to speed up their plans for migration to the 4K format.  At the moment the broadcasting industry still predominantly uses SD or HD cameras equipped with 2/3-inch sensors (albeit now including 4K models such as the recently announced Sony HDC-4300, Panasonic VariCams, Ikegami 4K Unicam, Grass Valley LDX86 and Hitachi SK-UHD4000), all requiring compatible high-resolution broadcast lenses with a high dynamic range that can deliver advanced 4K UHD optical performance. Fujinon is responding to this need, with its new line-up of 2/3- inch 4K U-HDTV broadcast lenses. Building on decades of development and enhanced by newly adapted manufacturing methods, an ideal configuration and positioning of lens elements has been formulated while higher resolution is attained by nano-level precision polishing of special aspherical lens elements.

An image reproduced with an optical transfer function that ‘rolls off’ at high spatial frequencies will appear ‘blurred’ in everyday language. A perfect lens system will provide a high contrast projection without shifting the periodic pattern; hence, the OTF is identical to the MTF. Typically the contrast will reduce gradually towards zero at a point defined by the resolution of the optics. In addition the UA-Series has integrated 16-bit encoders that provide high-resolution lens data output including extremely accurate zoom, iris and focus data. This capability and interface promise enhanced compatibility with virtual systems for composing CG with live broadcast images. 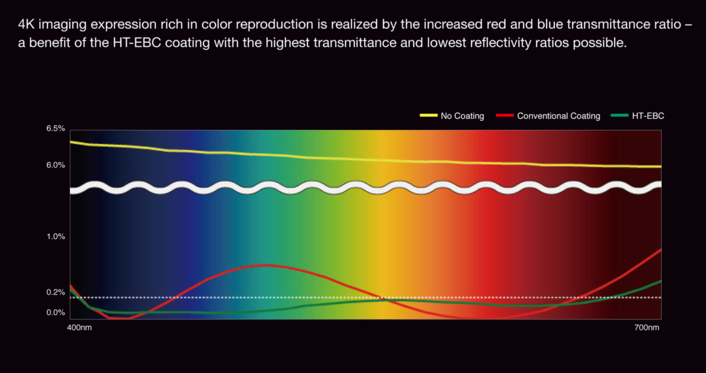 About Fujifilm in Europe
Nowadays Fujifilm entities operate in about 50 group companies in Europe and employ approximately 5,000 people engaged in R&D, manufacturing, sales, and service support. Throughout Europe they serve a range of industries including medical, chemical, graphic arts, electronic materials, optics, recording media and photographic technologies. FUJIFILM Europe GmbH (Duesseldorf, Germany) acts as Strategic Headquarters for the region and supports its group companies in Europe by formulating marketing and corporate strategies.