Women and girls must be participants and leaders in sport recovery plans, says UN Women 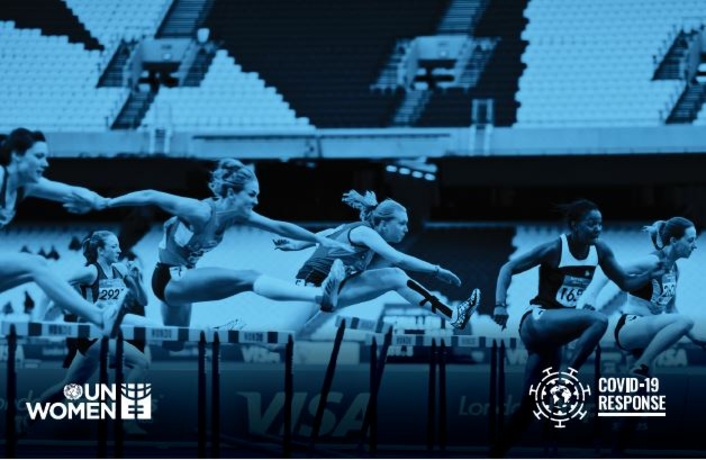 While the world is currently working on addressing and recovering from the COVID-19 pandemic, women and girls must be both participants and leaders in this process, so their gains are not lost, and a better future for all becomes a reality

The impacts of COVID-19 are already being felt harder by women and girls in many areas of life due to gender inequalities. This reality is also mirrored in sport. The Policy Brief called “COVID 19, Women, Girls and Sport: Build Back Better” clearly points out that “existing gaps between women and men, girls and boys in both elite and grassroots sport may widen if governments, sport organizations, sponsors, civil society, athletes, media and UN agencies do not put women and girls at the centre and address their specific needs in response and recovery plans”.

Informed by the Sports for Generation Equality Framework, a multi-stakeholder coalition launched by UN Women and the International Olympic Committee (IOC) in March to advance gender equality, the document focuses on the impacts of the pandemic on women and girls in sport in five key areas: Leadership, Gender-Based Violence, Economic Opportunities, Media Participation and Representation, and Girls’ Participation in Sport. 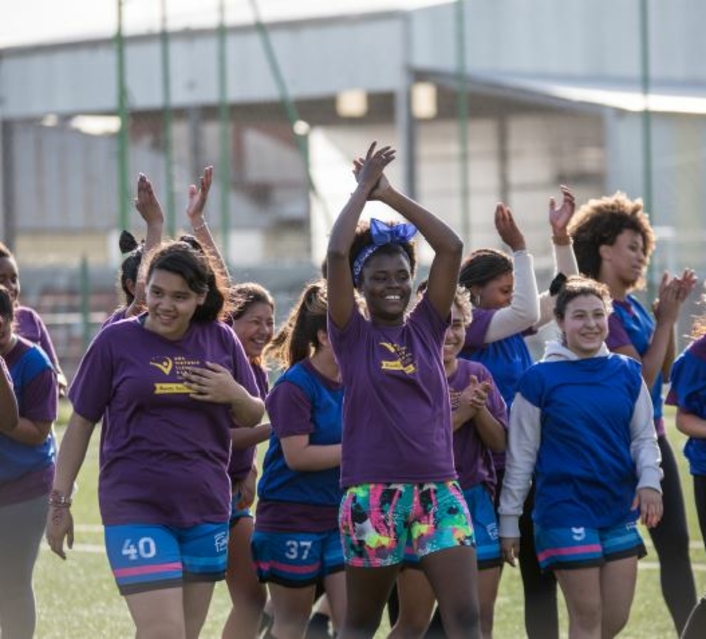 The report also presents a set of recommended actions that members of the sports ecosystem can take both during the current crisis, and in the planning for recovery and beyond. For sports organisations, the recommendations are the following: 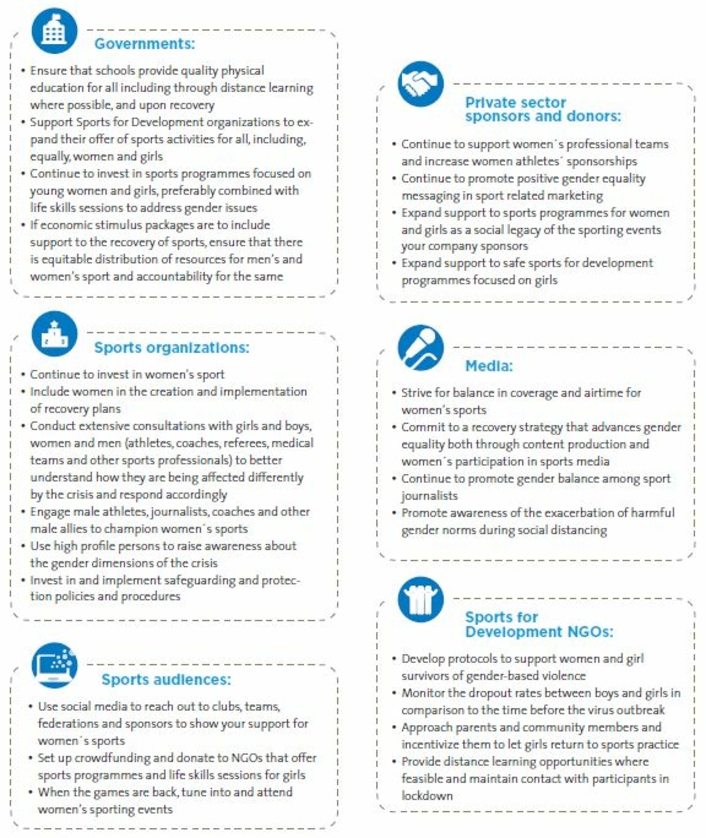 Both on and off the field of play, all stakeholders in the Olympic Movement have been working tirelessly towards better gender balance. This commitment remained intact amid the current pandemic and its effects on all spheres of society.

Sport is one of the most powerful platforms for promoting gender equality and empowering women and girls. The number of women competing at the Olympic Games has significantly increased – from 34 per cent at Atlanta 1996 to an expected new record of 48.8 per cent at Tokyo 2020 and a commitment to reach full gender equality for the Olympic Games Paris 2024. The IOC has also changed the rules to allow one male and one female athlete to jointly carry their flag during the Opening Ceremony, and encourages all National Olympic Committees (NOCs) to make use of this opportunity.

The IOC has also taken a prominent role in promoting gender equality within its leadership by bringing up its female membership to 37 per cent by the end of the year, going above the set target of having 30 per cent of decision-making positions held by women by 2020. A few weeks ago, the organisation announced the composition of its commissions, with 47.7 per cent of positions held by women, a concrete outcome of the Olympic Agenda 2020 reforms.

This momentum has been continued over the last few months, with the IOC working closely with all the stakeholders of the Olympic Movement to ensure that gender equality remains high on their agenda despite the impact of the COVID-19 crisis.

Since the publication of the IOC Gender Equality Review Project in 2018, the IOC, together with International Federations (IFs) and NOCs, has focused its gender equality work on implementing the 25 recommendations outlined in the document. With specific actions and responsibilities identified, great progress has been achieved across many areas. One concrete example is the publication of the Portrayal Guidelines to support the IOC staff and stakeholders to ensure gender-balanced representation across all platforms of communication.

With a number of workshops and forums cancelled, the IOC is currently preparing a series of webinars and virtual workshops dedicated to gender equality to carry on the conversation with its stakeholders and ensure that efforts are deployed in an integrated manner. 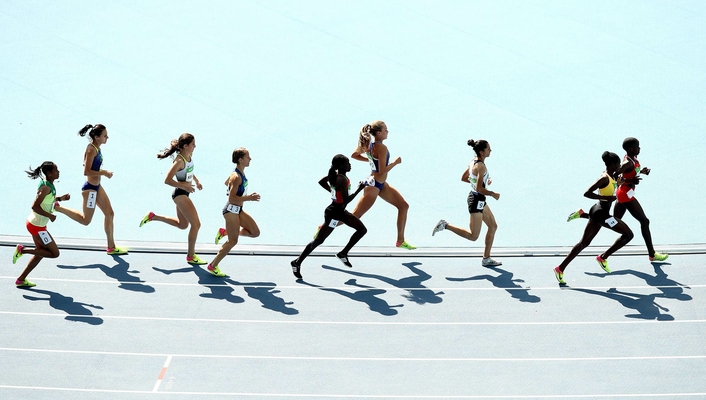