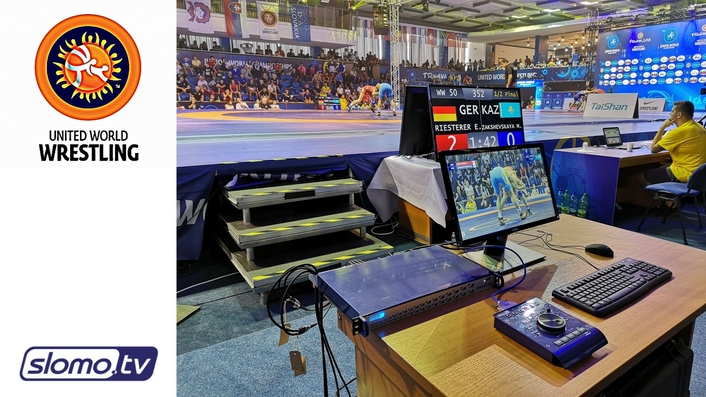 Slomo.tv videoReferee®-SR systems used at 20 competitions and will be used at the 2021 and 2024 Olympic Games

The international governing body for the sport of amateur wrestling, United World Wrestling (UWW) has selected slomo.tv as its technology partner for video-refereeing in all its matches. Based in Corsier-sur-Vevey, Switzerland, UWW includes representatives from 176 national federations and its duties include overseeing wrestling at the Olympics. It presides over international competitions for various forms of wrestling, including Greco-Roman wrestling, freestyle wrestling for men and women, as well as others.

For the last two years, UWW has been cooperating with slomo.tv on the implementation of video-refereeing at its international competitions. To date, the systems have been deployed at more than 20 world competitions and will be used for Olympic cycle through 2024.

After making the decision to implement video-refereeing, UWW tested systems from various manufacturers before selecting the videoReferee® -SR. The system’s compact size and lightweight was a significant factor needed to transport between competitions in many different parts of the world.

Greco-Roman, freestyle and women's wrestling competitions have unique features, so the requirements for video judging differ from other sports, such as ice hockey, basketball and handball that use the technology.  It is frequent for competitions to have simultaneous matches on nearby mats, so the video-refereeing system needs to cover two mats, each with four cameras.  In response, slomo.tv modified the videoReferee®-SR system, designed to work with 8 HD cameras, adding the ability to cover two independent matches with four cameras each by one compact 1U server. 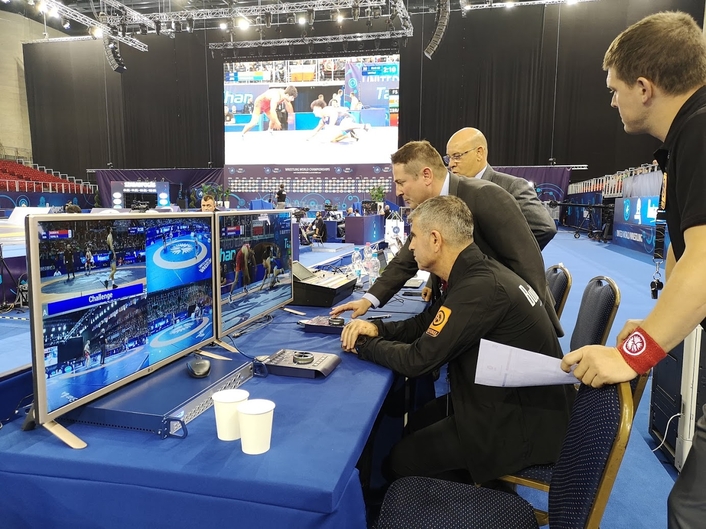 “While looking for solutions to increase the fairness of the refereeing during International Events, United World Wrestling found Slomo.tv to be the ideal solution. Increasing the numbers of cameras (angles) gave our referees a better tool to make the correct decision. Also, the stability of the system’s software allowed us to respond to 100% of the challenges (replays) requested by the coaches in the last two years,” explained Sébastien Guenat, Director of IT department at UWW.

Positive users experience and comfort with the equipment throughout this period a key driver for purchasing additional systems: now UWW has five such systems.

Wrestling is a dynamic, spectacular sport that attracts the attention of people around the world. As in other sports, the International Federation is interested in objective and fair refereeing. Sometimes in a match there are instances where it is difficult to make an objective decision. In this case, they come to the assistance of a special tool - a multi-camera video-refereeing system, which allows instant reviews of the incident from several angles, both with adjustable playback speed and frame-by-frame. 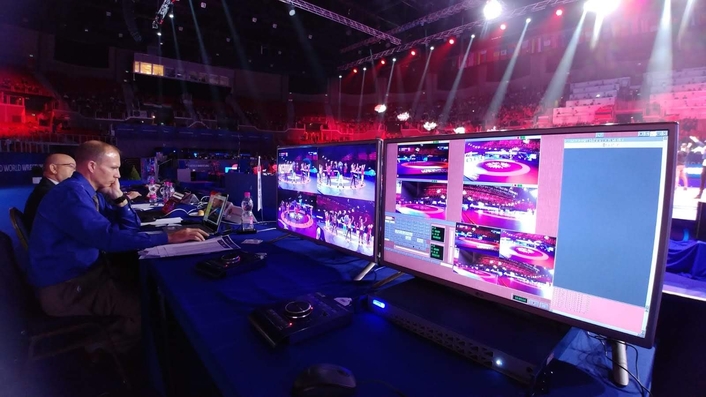 Sébastien Guenat expressed satisfaction with the slomo.tv solution. “It will be the main replay system used during the Tokyo Olympic Games and beyond,” Guenat explained.

“We would like to express our gratitude to United World Wrestling. We are pleased to continue our cooperation in the implementation of video-refereeing systems in Wrestling,” stated Michael Gilman, CEO of slomo.tv.

Slomo.tv is a producer of innovative server-based solutions for multi-channel 4K/3G/HD slow motion replays, recording for NLE, video-refereeing and VAR.

The videoReferee® systems for on-the-fly reviewing of questionable moments have become an integral part of many sport arenas and are widely used in many sports.