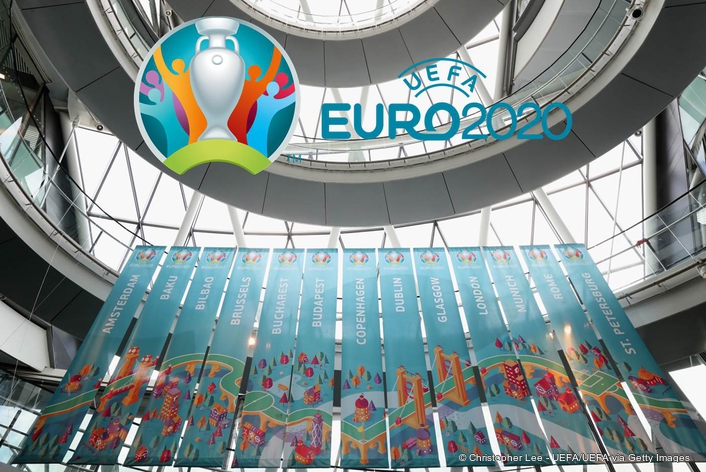 The countdown to UEFA EURO 2020 officially began today when the newly-elected UEFA President, Aleksander Čeferin, together with the chairman of the English Football Association, Greg Clarke, and the Mayor of London, Sadiq Khan, unveiled the tournament’s visual identity and the London host city logo at a ceremony at London City Hall.

The bridge, as a universal symbol of connection and unity, inspired the logo for the UEFA EURO 2020 brand, which features the Henri Delaunay Cup at the centre, surrounded by celebrating fans. The tournament logo connects the bridges of all 13 host cities, with the iconic Tower Bridge taking centre stage in the London host city logo. 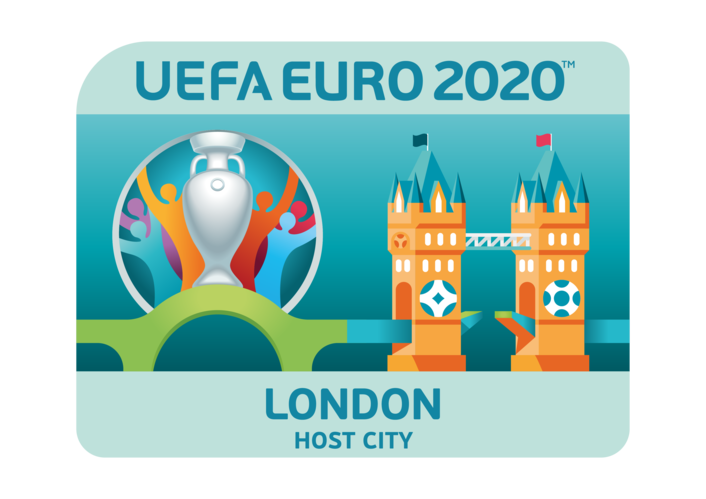 The 2020 UEFA European Championship will mark the 60th anniversary of the competition. This historic edition will feature matches hosted in 13 countries across Europe, with the semi-finals and final staged at Wembley Stadium in London in July 2020.
At the ceremony in London, UEFA President Aleksander Čeferin said: “Twenty-four years after UEFA EURO 1996, football will once again return to its mythical cradle. It is clear that London, and Wembley, will bring outstanding organisational expertise to this event. I am sure that supporters, visitors and guests will flock to this distinguished city to experience a remarkable week of football and festivities that will bring the tournament to a fittingly momentous climax. 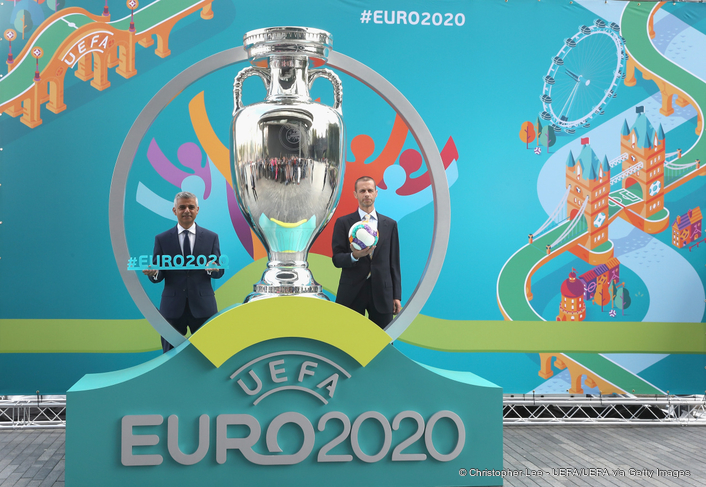 “There is great pleasure in being able to bring EURO 2020 to so many countries and cities, to see football acting as a bridge between nations, and to carry the competition closer to the fans, who are the essential lifeblood of the game.”

The Chairman of the Football Association, Greg Clarke, added: “This is an innovative move for European football and we are extremely proud at The FA to have such a prominent role in the staging of the 2020 UEFA European Championship, particularly given the unique format."

“With the tournament taking in some of the continent’s finest cities, the fact we were chosen to stage the semi-finals and final at Wembley Stadium is a great statement about English football’s positive standing. We recognise the significance of UEFA’s choice and pledge to do all we can to live up to the rich history and tradition of this wonderful competition in its 60th year.” 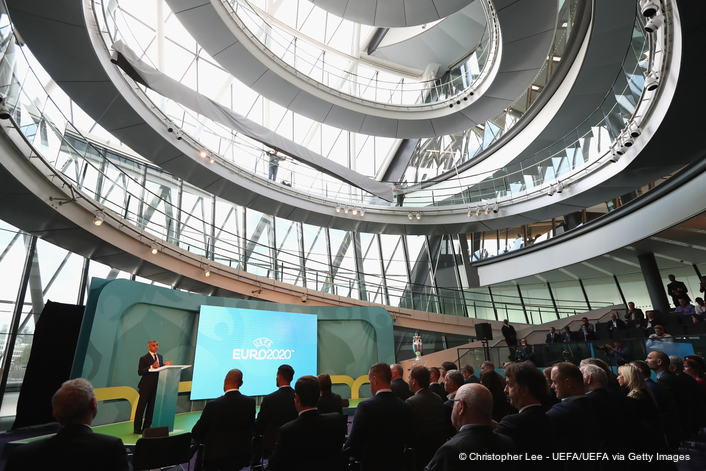 The Mayor of London, Sadiq Khan, said: “As a football fan I am really excited about welcoming some of the world’s best players to London and to Wembley Stadium. Hosting the final stages of UEFA EURO 2020 will further reinforce our city’s leading position as the sporting capital of the world. It shows that London is open to the world’s greatest talent and welcoming to sports fans from all over Europe.”

The logos of all host cities for UEFA EURO 2020 will be unveiled in separate events in the respective countries. The second event takes place in Rome, Italy, tomorrow, and the third ceremony is scheduled for 30 September in Baku, Azerbaijan.