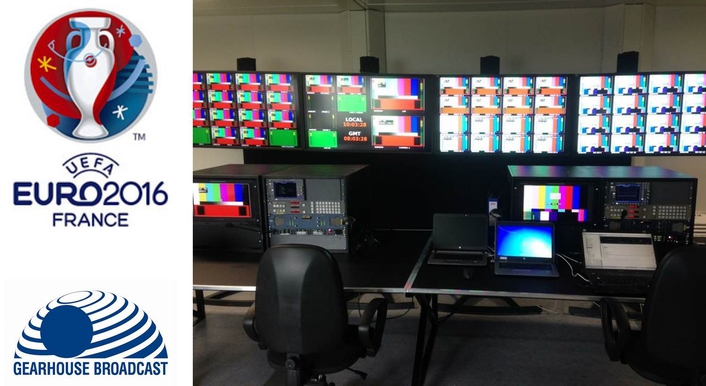 UEFA has selected Gearhouse Broadcast to deliver their Technical Operations Centres (TOCs) and Cable Interconnection Rooms (CIR) as part of their comprehensive installation at each of the ten EURO 2016 venues located in Paris, Saint-Denis, Bordeaux, Lens, Lille, Lyon, Marseille, Nice, Saint-Etienne and Toulouse. Gearhouse broadcast has also provided a special cameras and EVS slow-motion operations facility at each venue.

At each TOC, Gearhouse Broadcast has installed around 100km of high quality fibre cable. Each TOC is responsible for distribution of the live stadium - or ‘world’ - feed from each venue to the IBC for worldwide distribution. The venue TOC also passes the feed to the nearby CIR where it is distributed direct to UEFA broadcast partners with an on-venue unilateral presence. The CIR is a cable interface hub, which acts as the central demarcation point at each venue. 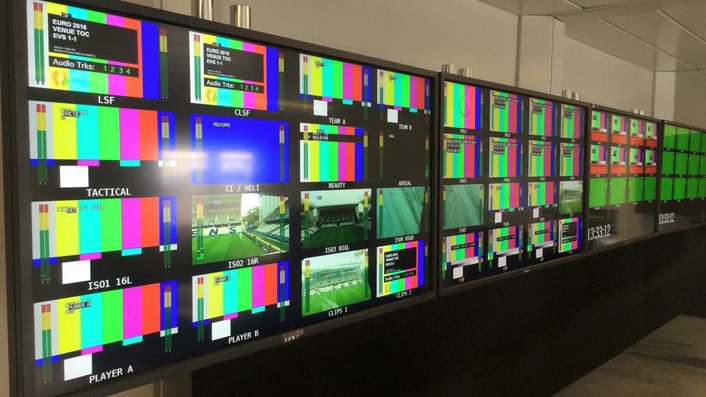 The stadium special cameras facility is responsible for receiving feeds from the UEFA helicopter camera, in-goal cameras, handheld radio frequency cameras and the stadium ‘beauty’ shots located high above each stadium. These feeds are racked and then distributed to UEFA’s multilateral and FANtertainment outside broadcast (OB) vans. The space also supplies all of the racks and monitoring for the on-site EVS replay area that houses all of the XT servers used for the live production.