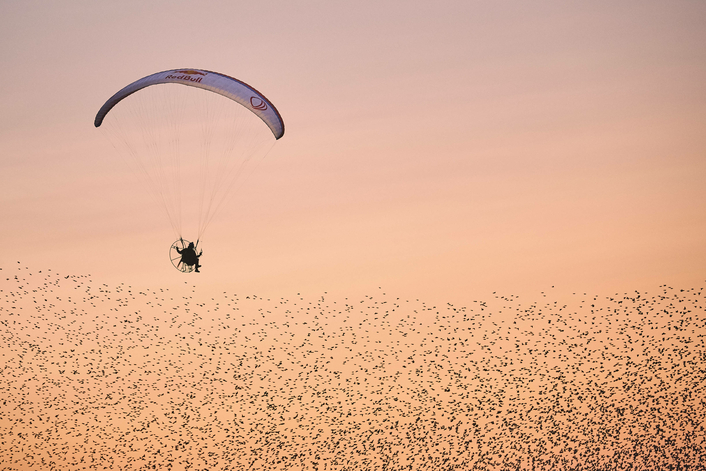 Paraglider Horacio Llorens became part of a flock of starlings to embrace his dream of flying like a bird. The Spaniard travelled to Denmark to witness the natural phenomenon of Black Sun, created as tens of thousands of starlings gather in the sky at one time there as a biannual event. The five-time aerobatic paragliding world champion, who took up the sport in 2000, admits it was a journey into the unknown, unsure how the birds would react and hopeful they would not become entangled in his lines.

“If they get into my lines that could be very dangerous,” he said. “It’s a first-time experiment. I don’t want to disturb the birds but be a part of them, be part of the flock, be one of them for a little while... just a few seconds. That would be something incredible as a pilot.”

Before taking to the skies, he admitted: “I love to fly. To be a bird is the dream, it is why I fly in paragliding as I feel like a bird when I fly.”

That dream promptly became a reality, in stunning conditions Llorens immersed at the beating heart of the flock, changing direction with the birds at every twist and turn. 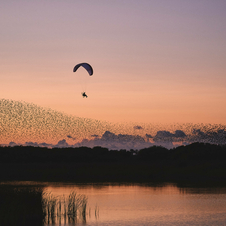 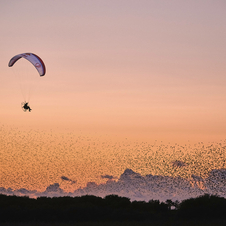 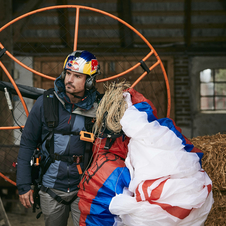 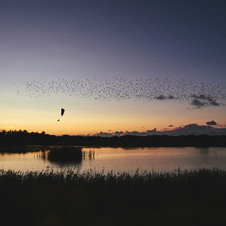 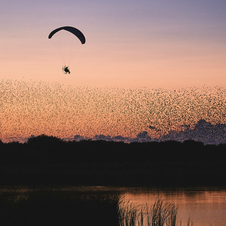 The Black Sun phenomenon occurs twice a year as starlings from Norway and others surrounding the Baltic Sea gather in Tøndermarsken in southern Denmark, creating mesmerising dances in the sky of up to a million starlings in any given day.

After the experience, an enraptured Llorens, no stranger to such eye-catching stunts, said: “The feeling of flying with this flock of birds was different from anything I did in my life. I thought I was part of the flock, I thought they were accepting me. At the same time they were moving in different groups and deciding which group to follow. For me, it’s a dream come true. It’s been fantastic.”