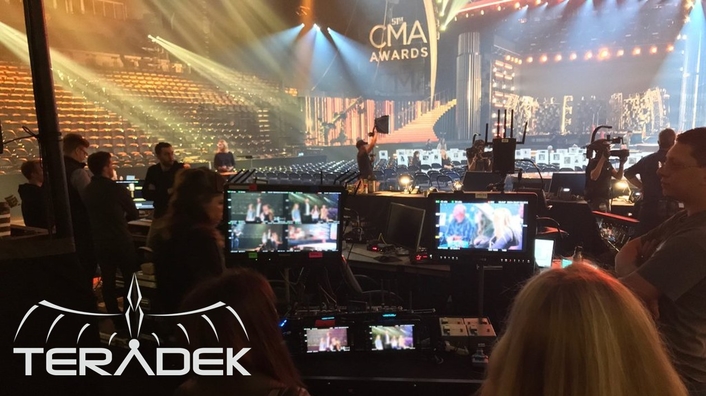 Acoustic guitars and country magic lit up national TV last week with the annual CMA Country Christmas show, ushering in the yuletide season with a star-studded cast of Nashville celebrities and a collection of timeless Christmas carols. But while the show was full of holiday cheer, the most spectacular sights were behind the scenes, mounted to cameras and making the whole show a grand success. 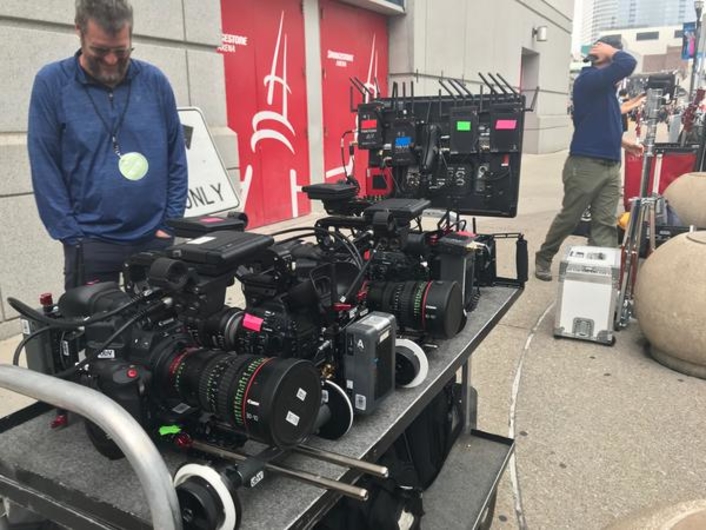 For a segment of the show, the Country Music Association needed to film a tour backstage under the Bridgestone Arena music theater with celebrities and guests. The challenge was acquiring all of the footage in one continuous take to preserve the authenticity of the segment and complete the task as quickly as possible. They sought out Gear Seven to get the job done.

A local, Nashville-based production house, Gear Seven has worked with some big name artists including Taylor Swift, Justin Timberlake, Jack Johnson, Keith Urban among many others. They’ve also worked on productions with a portfolio of worldwide brands like Sony, Gibson, and Red Bull (a story which we covered in the past).

“We needed to capture as many parts of the backstage as possible in the little time we had,” said Ryan Atenhan, Producer at Gear Seven. “Due to the nature of the project, we had to make sure we had the right equipment for the shoot. And because this was to be broadcast on national TV, there was no room for error on our part.” 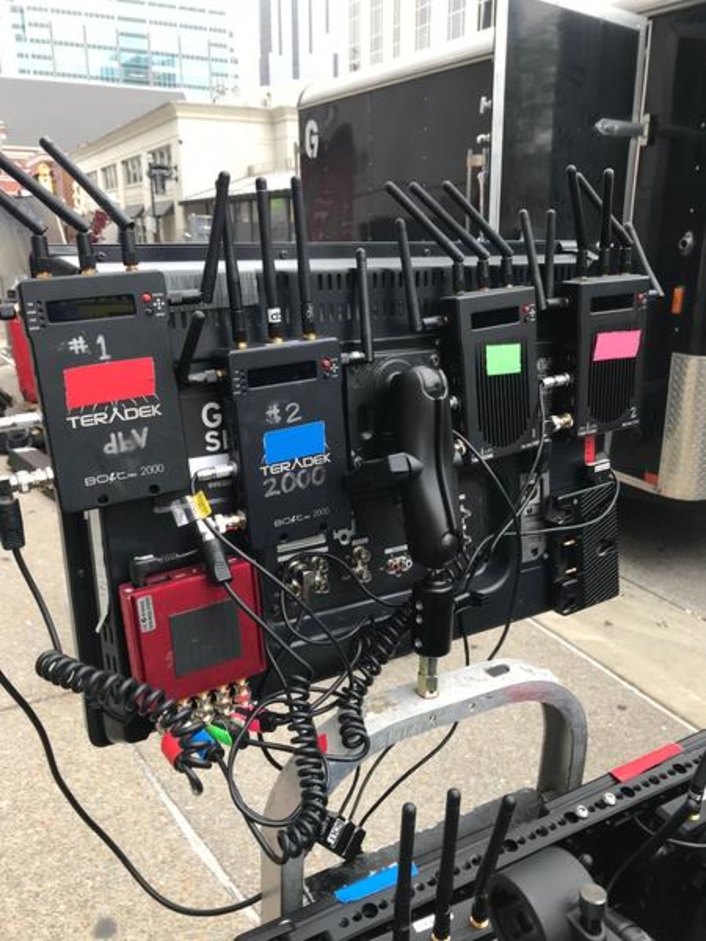 With a tight schedule, Atenhan and his crew needed to acquire all of the shots as quickly and flawlessly as possible. This meant having the director monitor every shot they were taking. But this proved to be a challenge: with 5x cameras stationed around the studio, cables would make the cameras and crew completely immobile. They would also increase setup time significantly - a luxury they couldn’t afford.

To solve this, Atenhan decided to go wireless. They set up 4x Canon C300 Mark II cameras on EZ Rigs and 1 on a MoVI Pro, each with its own Teradek Bolt transmitter.

Since they were moving through the backstage around corners and doors, video village needed to travel alongside the cast for live monitoring of the shot. 2x large monitors (SmallHD and Panasonic) were mounted to a cart, with 4x Bolt receivers connected to one and 1 Bolt receiver mounted to the other. The former monitor displayed a 2x2 grid so all 4 feeds were displayed simultaneously.

They also rigged a dual-monitor clamshell for the Director’s monitor. This was composed of 2x SmallHD monitors with a Bolt receiver on each unit locked together with metal housing and handles on both ends. This allowed the Director to move alongside the camera crew & talent, making quick adjustments as they filmed the scenes. 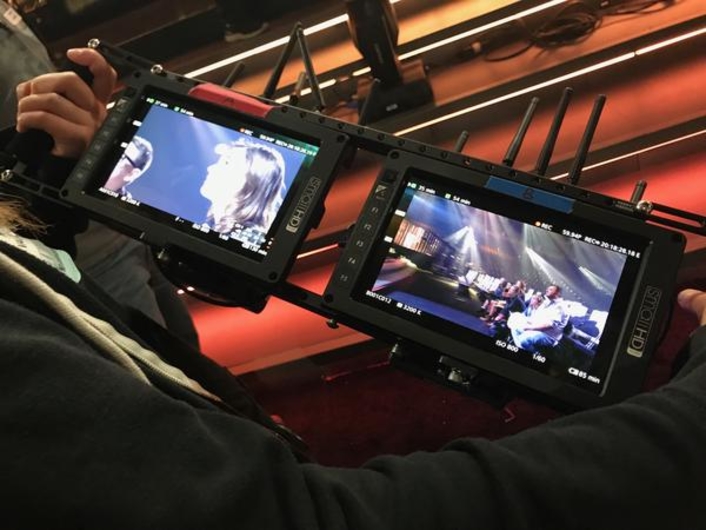 Mobility was key on this special segment, meaning wireless was the only route to go. By using the Bolt 2000s, the cameras were able to move freely throughout the theater and roving video village could monitor and pull focus remotely while staying in range of the wireless camera feeds.

“It’s safe to say that this project wouldn’t have been possible without the Bolts,” Atenhan explained. “With the speed we had to shoot at, there was little margin for error. And with 5 cameras on hand, the Director needed to see every shot to make sure everything was perfect.”

Ultimately, going wireless allowed Gear Seven to secure all of the shots they needed without wasting any extra time. After all, because the celebrities and guests had very limited time, it was critical that everything was done right in acquisition. Thanks to Gear Seven and wireless video, the CMA was able to air a program that both they and audiences loved.

“The Teradeks were just a luxury item when we first started using them on productions. Now they’re an essential part of our kit and we completely rely on them for shoots. They’re a brand that everyone trusts.”