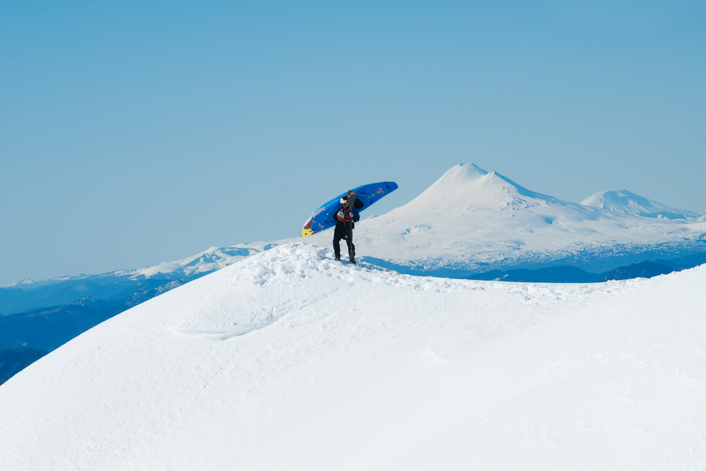 Aniol Serrasolses travelled at nearly 100km/h down a high-speed snowy descent, scythed across the forest floor and ended with a world-first flip off a waterfall.
The Spanish kayaker pulled off the feat over a 25-kilometre descent on Chile’s Villarrica volcano. Here is all you need to know:

- Serrasolses performed tricks and jumps off rocks along the snowy descent at high speed, before cutting through the forest floor and ending in the river below.

- Once in the water, he performed a world first double kickflip off a waterfall before ending up in the open water unscathed.

- Not all his tricks went entirely to plan. In a trial run, he hit a bump,
almost did a 360 in the area and flew through the air for 10 metres before landing flat on his face. The main run itself went considerably smoother. 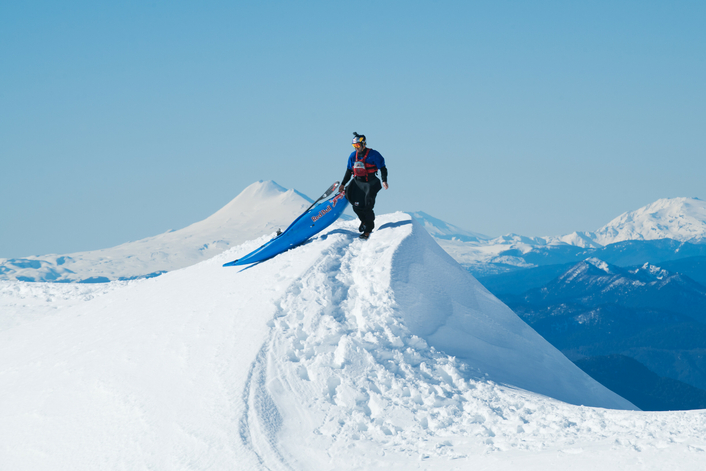 - With Serrasolses’ competitions generally cut off by cancellations this year, he took advantage of the sporting hiatus to seek new challenges, explore new routes and find ways to take kayaking to the next level.

- Of his latest rapid adventure, he said: “I’ve always wanted to kayak down the snow and unite the four elements: earth, air, water and fire. Taking advantage of the great winter that Chile experienced in 2020 and the difficulties to travel due to the situation we live in, I decided that this was the year to develop the project.”

- He tackled his descent in September, the start of the Chilean spring, when the snow is still on the ground for the most part and the rivers are flowing well. 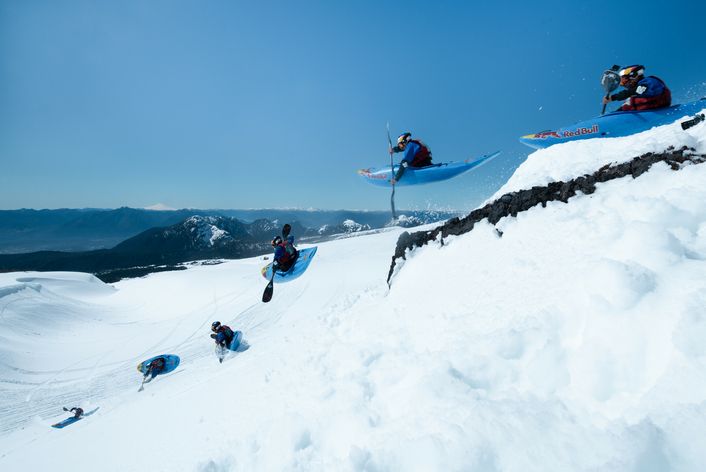 - Briefly stunned by the impact, he shook it off and was back at the top of the descent once again, climaxing in that ambitious kickflip on the Captren river, a trick never seen before on a kayak.

- Of the dramatic finale, he said: “The trick is to do two full rotations in the air. It has been tried for many years surfing waves in the river or the sea without success. This time I managed it in on the first attempt, and I couldn’t be happier. The next one will clearly have to be the triple won’t it?!” 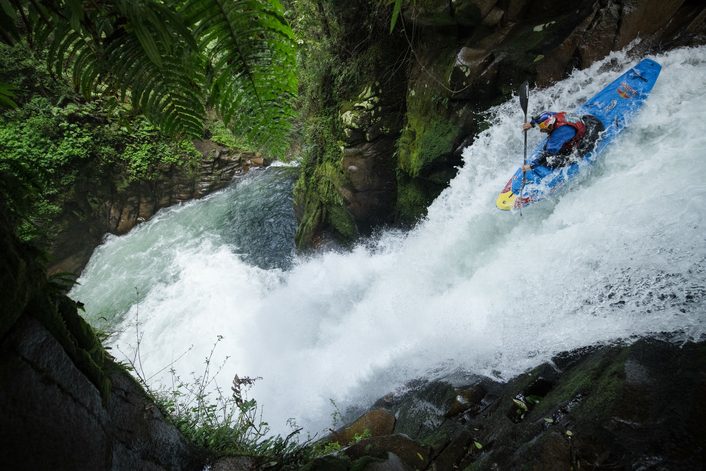 Read a full wide-ranging Q&A with Serrasolses below:

What was the overall experience like?
It was pretty fun. The part on the snow was kind of the hardest part as a kayak is not really made for the snow so you ride it like a sled. You go really fast but you’re kind of out of control.

What about the crash? It looked like you took a hit…
That crash is next level as the snow was pretty hard. Definitely, that one hurt. My idea was to go around those pieces of ice and avoid them. Before doing that move, my kayak started spinning out of control. So, I went straight onto the ice and it sent me into the air so far - I flew over 10 metres. 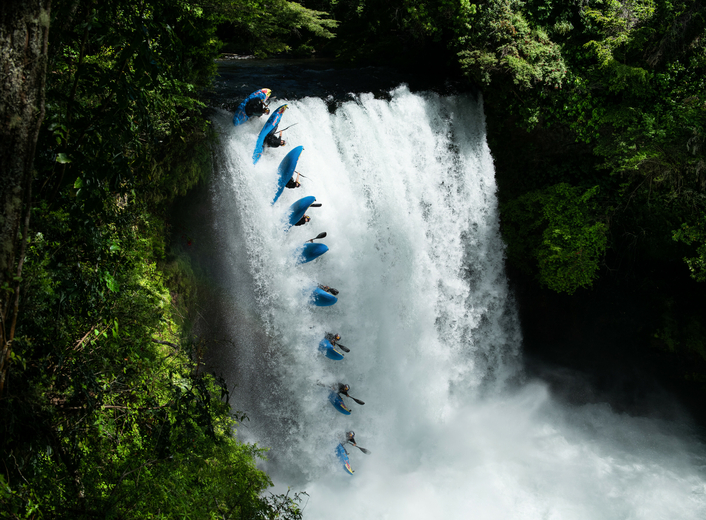 What were the origins of the idea for this?
It was a really good winter snow wise so it felt like time to do something local and work on that project. We did two days of filming, we had a good segment snow wise but it didn’t feel good enough. So, I thought we should link this up with the river through the forest and make it a whole descent through local rivers. The forest floor had really steep sections that we had to do over and over again. It’s not the nicest kayaking but, when I saw the result, it looks good.

And you must have been pleased with the waterfall stunt at the end, no?
This whole concept was to take kayaking out of its element rather than always down rapids and waterfalls. That double kickflip is a double rotation and it’s been attempted many times before but no one has ever succeeded. This time it just went really good. I got two rotations on my first try but it took a lot of commitment to do it off that height. If you don’t land correctly, the impact on back is hard, actually it’s hard even if you land it correctly!

Where does your creativity come from for these ideas?
Over the last few years my focus has been a lot on the progression of the sport: the hardest waterfalls, the biggest water rivers, the highest waters. As I’m getting older, I want to do more creative stuff and more shooting and projects to put kayaking in really cool locations, where it hasn’t been seen as much. 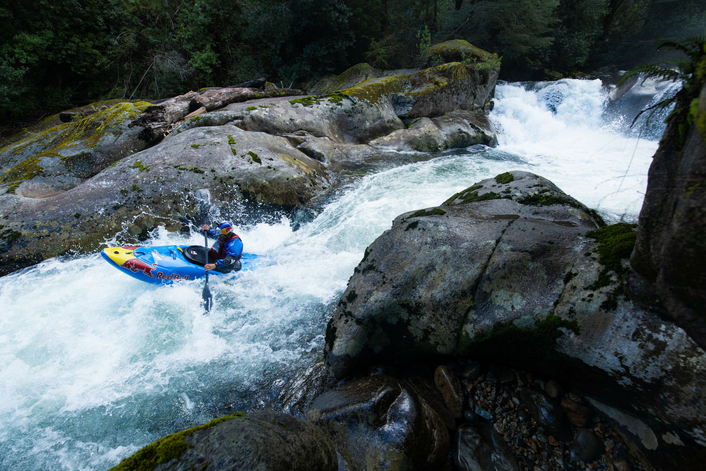 All you’ve achieved all goes back to being introduced to the sport by your brother. Do you ever get a chance to take stock of how it all panned out?
I look back and can’t believe the life we lead and how random it was that it started. There was a kayak club just one in many kilometres’ radar. It was so random that we lived in that particular place. We’d ride our bikes to school every day and saw them one day… the kayakers. We started kayaking with them and that shaped our life. That’s really insane. All our life has revolved around kayaking. We moved to a place where not much was going on and made our lives so I’m super thankful.

Was it love at first sight for you and kayaking?
It wasn’t love at first sight. We started kayaking with people that were 40 or 50 years old. Their idea of fun was going on a lake and paddling around a little bit. When we hit our first rapids, that’s when everything clicked. It was so much more fun than football or water polo which we used to play. All team sports were physical but they were all about winning and losing, and you were not doing those sports in nature. Kayaking is a super amazing sport that visits different places each day and different rivers, everything is changing and risky. 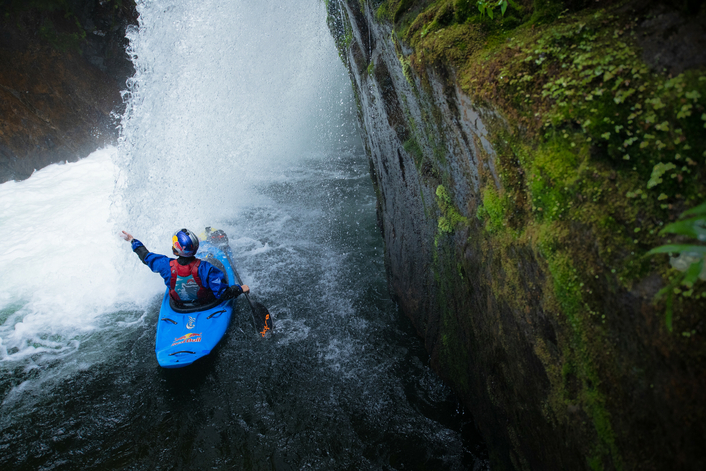 What is it about whitewater that attracts you… the adrenalin maybe?
For me, it’s mostly about the places and the feelings that I get. Yeah, there’s a rush of adrenalin and that’s quite addictive but it’s the places, people and experiences - that’s what really gets you. There’s many aspects of the sport: companionship and friendships that create, risking your life and depending on each other to keep alive so that creates a bond. They’re sort of like your family. And it’s a really cool experience to travel to remote places in Pakistan and starting at some point and finishing 100 kilometres below and living in river. Also, everything in kayaking is about living simply. It transports you to different time where things were more simple.

Has the passion ever diminished?
It definitely changes. When I look back to when I was in my twenties, what I wanted to do every day was kayak. We had a calendar and my brother and my challenge was who could spend more days on class five rapids. It was non-stop. With a good day of kayaking I would be completely happy - pretty much that’s all I needed, I didn’t need to eat. It was just kayaking. Kayak doesn’t fill me up like it used to but that’s normal as you grow up. I now need more from life than just kayaking to be completely content.