Breaking down the Dakar Rally 2021 by the numbers 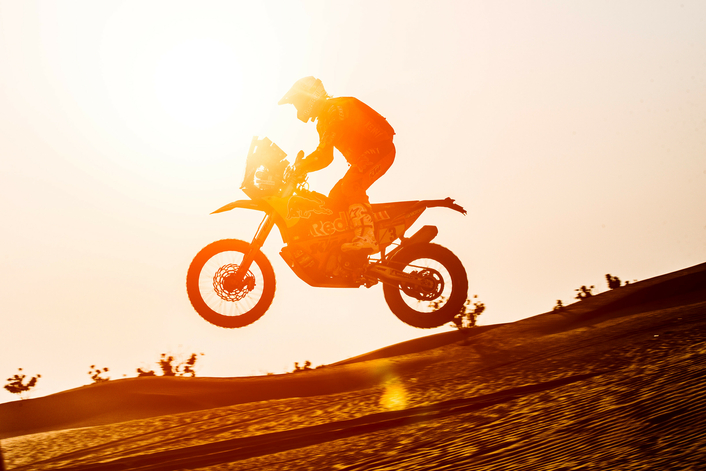 Take a look back at biggest numbers and best photos from this year's rally.

There was no shortage of drama spread across the 12 stages of the Dakar Rally 2021 as competitors battled mountainous sand dunes under the glare of the unforgiving desert sun. As always, the race was much more than the sum of its parts. 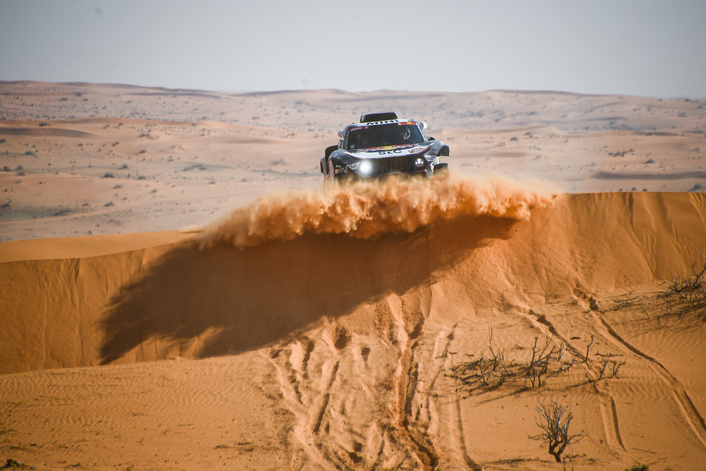 Although Nasser Al-Attiyah eventually had to settle for second place overall, he did manage to make some history of his own. The three-time Dakar winner is now the only competitor in the rally’s history to win at least one stage at 14 consecutive editions. 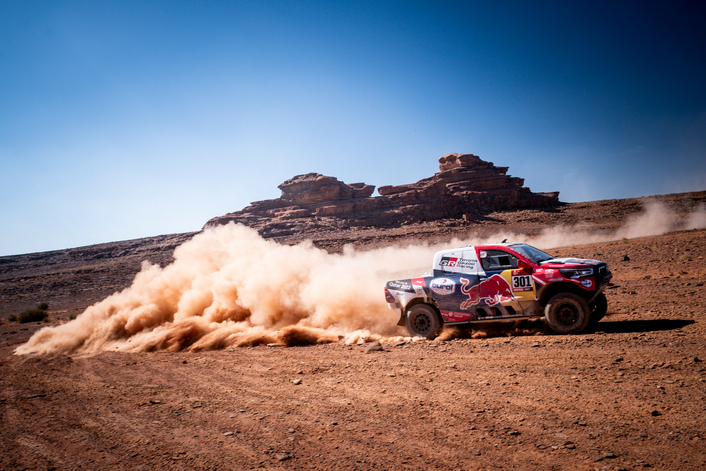 New for the 2021 Dakar was the introduction of the Lightweight Vehicles category, grouping together T3 side-by-side machines and T4 UTVs on a single leaderboard. Cristina Gutiérrez of the Red Bull Off-Road Junior Team won Stage One of the contest to become the first female stage winner since Jutta Kleinschmidt’s last stage win in 2005.

More history was made when Gutiérrez’s team-mate, Seth Quintero, won Stage Six. Later that day he found out in the bivouac that he was now the youngest-ever stage winner at the Dakar. The 18-year-old rookie doubled down on his historic achievement by winning Stage 11 as well. 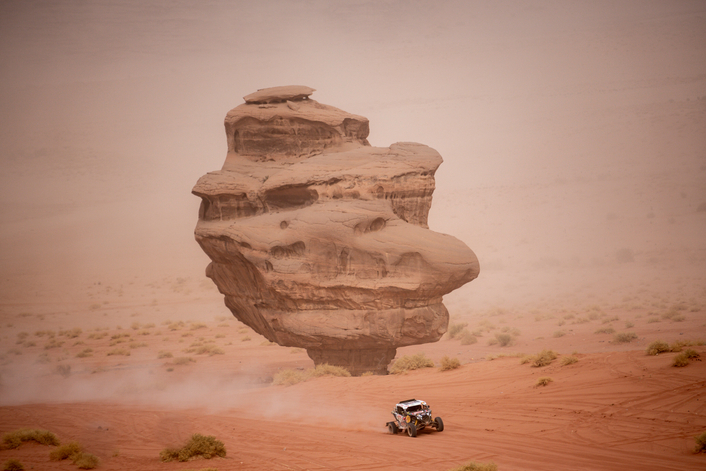 Quintero said: “We came out swinging and proved our point that we’re here to stay. The Red Bull Off-Road Junior Team is not a team to be messed with. We’ll be back next year and we’ll be back better.”

Coming out on top overall in the Lightweight Vehicles category were Chaleco López and co-driver Juan Pablo Latrach Vinagre who picked up five stage victories of their own. 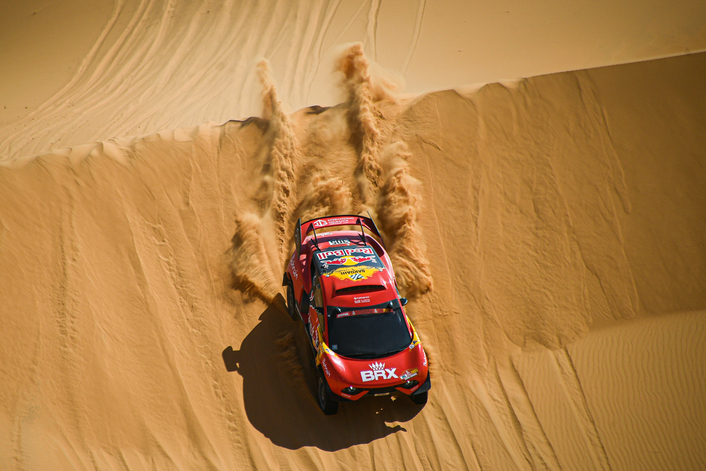 The worst stage result for truck driver Dmitry Sotnikov at this Dakar came on day 11 when he finished fourth. The Russian finished in the top three on every other stage and it was that consistency that handed him his first Dakar win. Sotnikov became the seventh different Team KAMAZ Master driver to win the Dakar as he delivered them their 18th title.

Sotnikov said: “I just have no words, only emotions. We have been moving towards this victory for several years, gradually approaching it. And now I’m very happy, I’m proud of all the guys.” 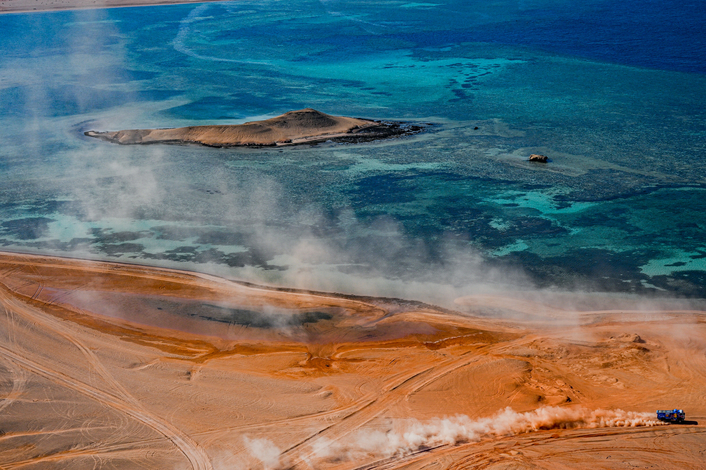 Sotnikov was joined on the overall podium by team-mates Anton Shibalov and Ayrat Mardeev, who finished second and third respectively. The victory makes it five wins on the bounce for KAMAZ, a feat they last achieved between 2002 and 2006. 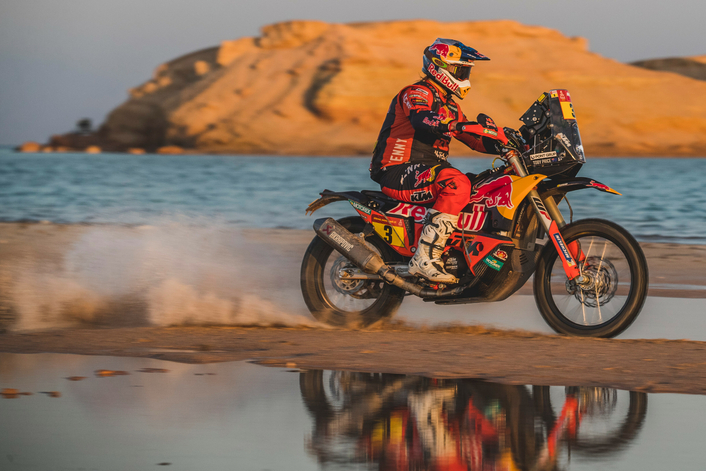 Completing the entire 7,646km loop from Jeddah and back – including 4,767km of timed special stages – were a grand total of 206 vehicles. 104 race vehicles dropped out before the finish, with 19 re-entering the rally under Dakar Experience rules. 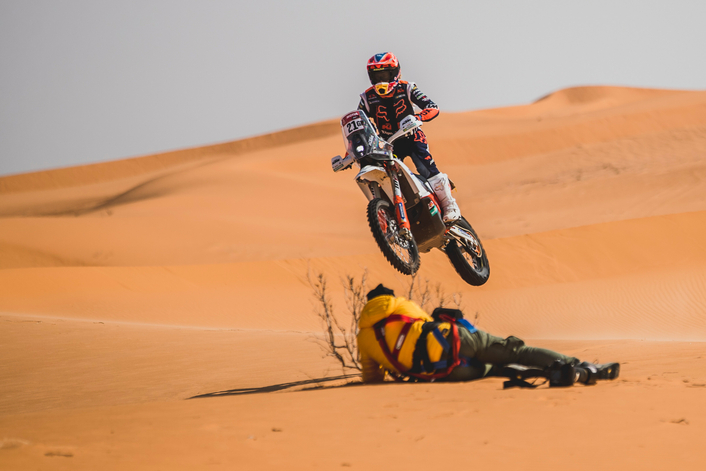