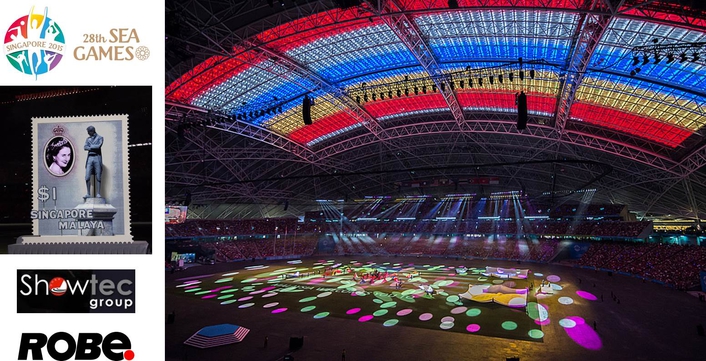 After the massive success of his amazingly colourful and animated lighting for the Opening Ceremony of the 28th South East Asia Games, lighting designer Mac Chan used the same 460 Robe BMFLs – 360 BMFL Blades and 100 BMFL Spots – for another impressive show for the Closing event.

The BMFLs – supplied by Singapore based rental specialist Showtec - stayed in place on a series of trusses approximately 39 metres above the field of play for the duration of the sporting events being staged in Singapore’s new National Stadium.

Mac had stunned the crowds with the way he used the BMFLs on the field of play for the Opening. He divided the large (160 x 95 metres) area up into strips of very bright concentrated light with the BMFL Blades, which could be chased to produce striking kaleidoscopic style patterns. These were fantastic eye and camera candy as well as adding enormously to the general drama and emotion of the show. 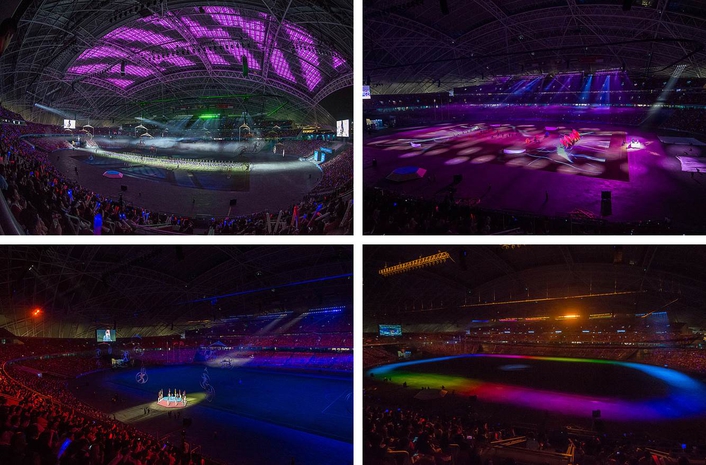 Often these BMFL Blade effects were mistaken for projections, but they were completely separate from the projected sections of the show.

The Closing event’s lighting required a completely different approach to the flamboyance of the opening, as it was more ceremonial in nature with closing speeches and presentations which focussed on the athletes and the achievements of 10 days’ sporting competitions.

The athletes and volunteers parade was followed by the handover ceremony to the 2017 hosts, Malaysia, accompanied by their “Diversity in Motion” cultural performance, a dance and movement orientated piece that played on light, dark and shadows. This was followed by a parade of floats featuring stamps depicting 22 landmark moments in Singapore’s history. 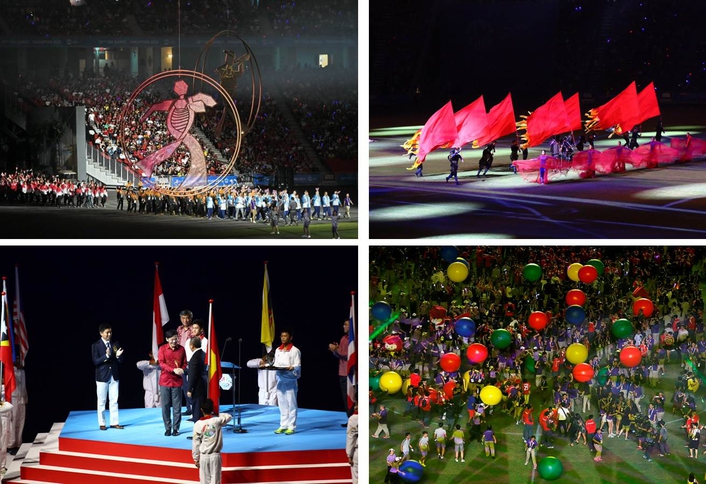 Then… the whole National Stadium erupted into an immense dance party and rave as Dutch EDM guru Ferry Corsten took to the stage providing a thumping outro to one of the most successful SEA Games events ever.

Mac really enjoyed lighting all elements of the two events, and this one especially.

The BMFLs had to work even harder for the Closing as, due to the lack of time between the show starting and the last track-and-field events finishing, there was no time to rig any lights around the FOP, so everything was relying on the top rig … and the BMFLs!

The SEA Games OC and CC was Mac’s first time using BMFLs! It really underlined his faith in the product and the Robe brand to commit and rely to these as the main fixture of two huge high-profile live televised international events. 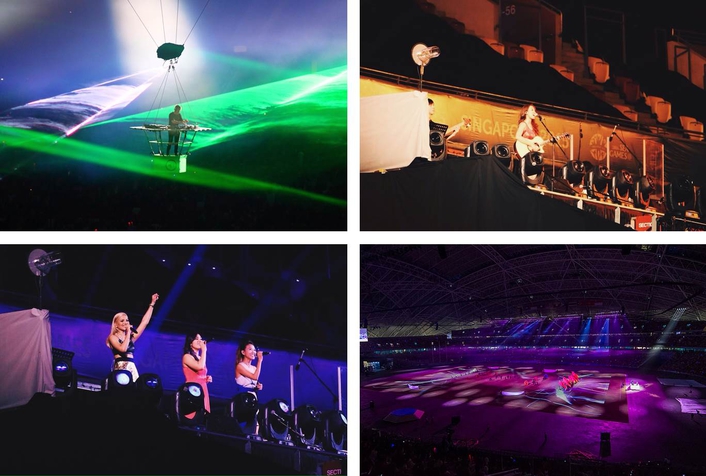 Despite the tight timeframe and all the pressure on producing a great show, Mac’s imagination and experience shone through just as the mega-bright BMFLs cut through the fog, haze and humidity to illuminate the vast performance space so effectively.

“I was really pleased with the BMFLs, they are a great fixture to work with,” he enthused, replying “a BIG yes” when asked if he will be specifying them again!

“It was GREAT to work on such an exciting event with many lovely people and such exciting new lighting hardware … I thoroughly enjoyed the entire process of creating these shows and I am very proud to have been involved,” concluded Mac.