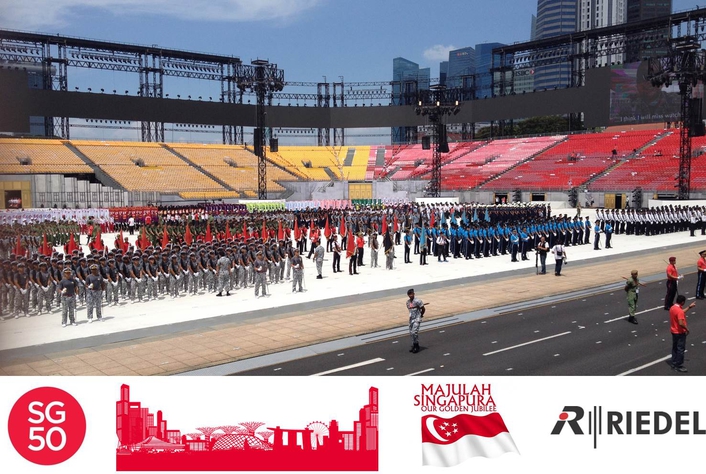 As Singapore celebrated the 50th anniversary of its first National Day, Riedel Communications equipment supported all communications for technical and production-oriented coordination of the National Day Parade (NDP). Supplied and deployed as a complete solution, the Riedel Artist digital matrix intercom system, Performer digital partyline intercom system, RockNet real-time audio network, and a variety of keypanels, beltpacks, and radios supported cueing of the cast members, as well as the light, sound, pyrotechnics, and other departments contributing to the Aug. 9 celebration.

Occupying most of the old Padang cricket ground, site of the first NDP, an enormous stage was surrounded by a grandstand with seating for 26,000 people. Covered in white-painted asphalt, the whole stage area doubled as a projection surface. Behind and above the seating, a massive LED wall featured graphic animations and films. Control rooms, editing areas, and several follow spot positions were located atop the National Gallery, adjacent to the Padang. Six additional follow spot positions were located on towers around the former cricket grounds. The entire Riedel installation was controlled from the central control room area.

Three Riedel Artist intercom systems, connected via a redundant ring of fiber cables, supported audio communications via 30 intercom panels, 22 beltpacks, and 40 four-wire connections. The beltpacks were used primarily by staff operating the follow spots and by staff situated at the 14 gates to the event grounds. The Riedel solution also supported 300 handheld radios via eight radio base stations spread across the front-of-house area, the control room area, a spot under the grand stand, and the OB van compound. The RockNet system connected the OB van compound with event-related intercom positions over standard 4-wire connections, and it also supported the transport of program, playback, and other signals during the event. Staff from Riedel was on-site throughout the event to ensure smooth operation of the communications solution. 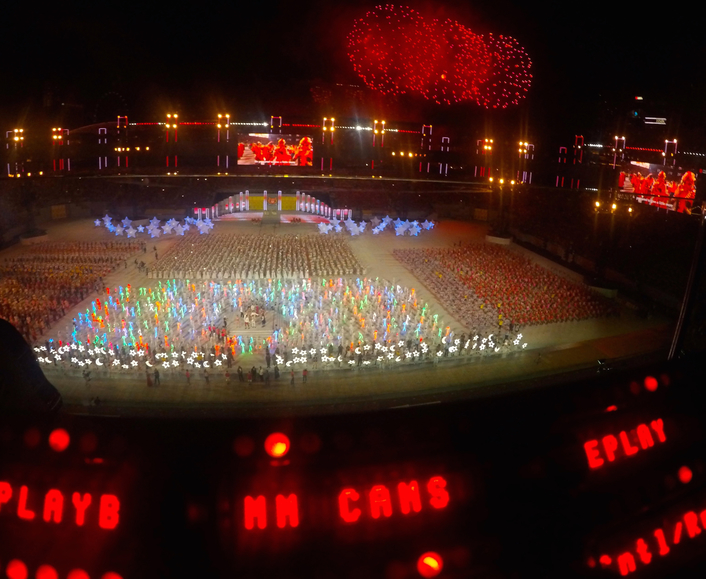 "With this year's National Day Parade, Singapore has made a grand demonstration of its impressive achievements over the past five decades," said Marc Schneider, director of global events at Riedel Communications. "In coordinating a live show of such complexity, it is essential to have clear, reliable, and flexible communications across all key participants. Proven time and time again in demanding live production environments, our Artist, Performer, and RockNet systems offer all of these benefits so that everyone involved in the production were able to focus on putting on a great show." 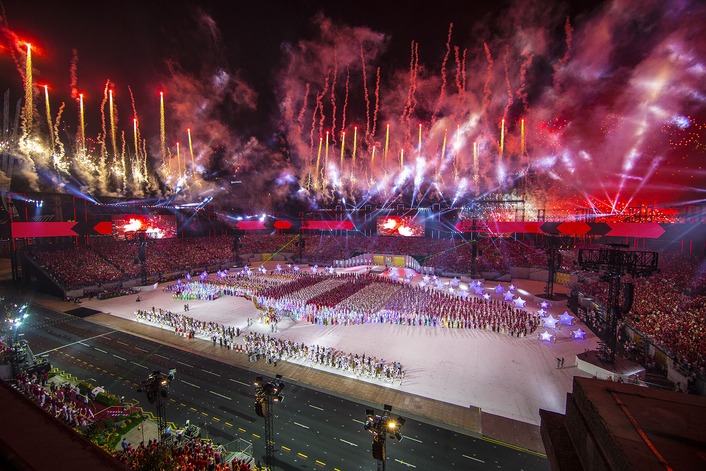