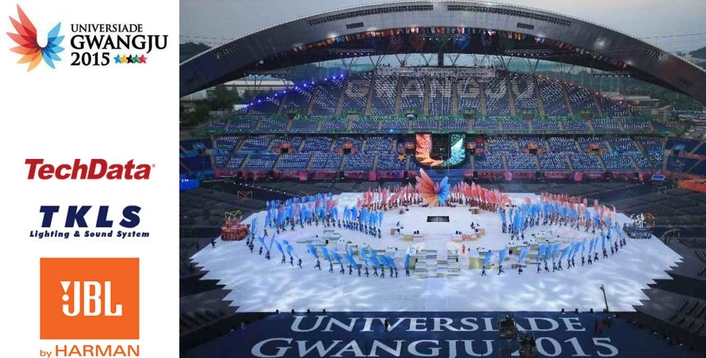 Approximately 20,000 student athletes from 170 countries came to the fourth-largest city in South Korea from July 3-14 to participate in a cultural, athletic and educational multi-sport event that symbolizes the fusion of the concepts “University” and “Olympiad.” The second-largest sporting event after the Olympics, the Universiade featured immense ceremonies that took place at the Gwangju Universiade Main Stadium, also known as the Gwangju World Cup Stadium. 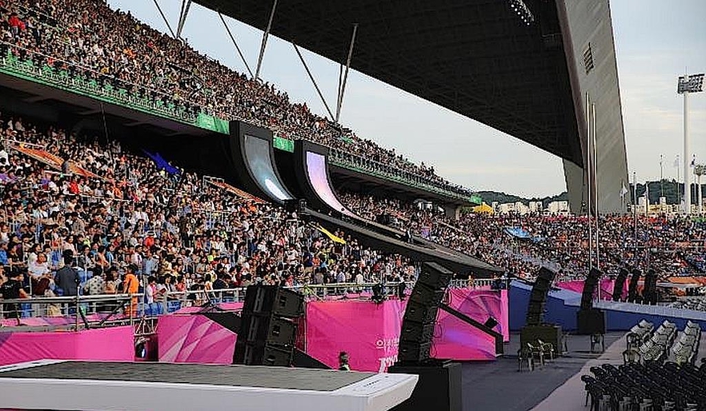 Total Korea provided the stadium with 48 JBL VTX V25 line array loudspeakers and 36 VERTEC® VT4889 line array loudspeakers, all of which were powered by 103 Crown I-Tech 12000HD amplifiers. TechData was onsite to manage the system, and assisted with modeling and system tuning. Using JBL HiQnet Performance Manager™, the engineers maintained a consistent SPL at a frequency range between 250hz and 4Khz.

“The Universiade committee wanted a high-quality system that was stable and powerful enough to deliver its message during the ceremonies,” said Cheol Yoon, GM at Techdata. “The JBL line arrays allowed us to carry out this task without problems and maintained good coverage over the entire stadium. The Crown amplifiers provided plenty of headroom and helped us achieve the stability that the committee sought.”