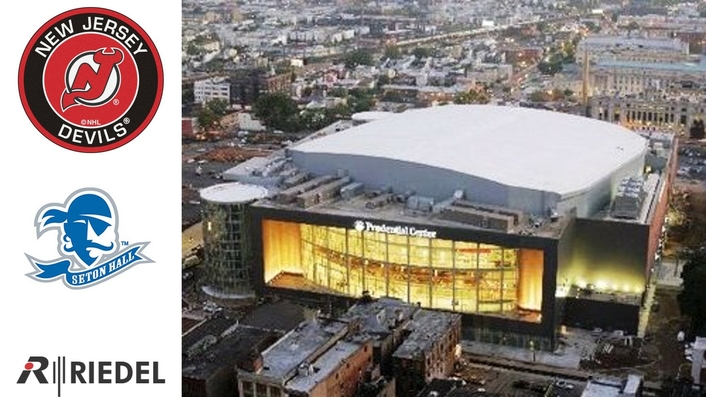 Prudential Center has replaced its aging signal and comms infrastructure with an all-new signal routing and intercom backbone based on Riedel solutions.

Prudential Center, the world-class sports and entertainment venue located in downtown Newark, New Jersey, has replaced its aging signal and communications infrastructure with an all-new signal routing and intercom backbone based on Riedel solutions. Riedel’s MediorNet real-time signal transport, processing, and routing technology is integrated with an Artist digital matrix intercom mainframe and Bolero wireless intercom to enable seamless and high-quality communications throughout the facility.

Opened in 2007, Prudential Center has been the home arena for the NHL’s New Jersey Devils, the Seton Hall University Pirates men’s basketball team, and more than 175 concerts, family shows, and special events each year. Known by fans as “The Rock,” the arena seats 16,500 for hockey games and almost 19,000 for basketball. The new Riedel solution replaces an intercom system that was original to Prudential Center and a router that had reached its end of life. 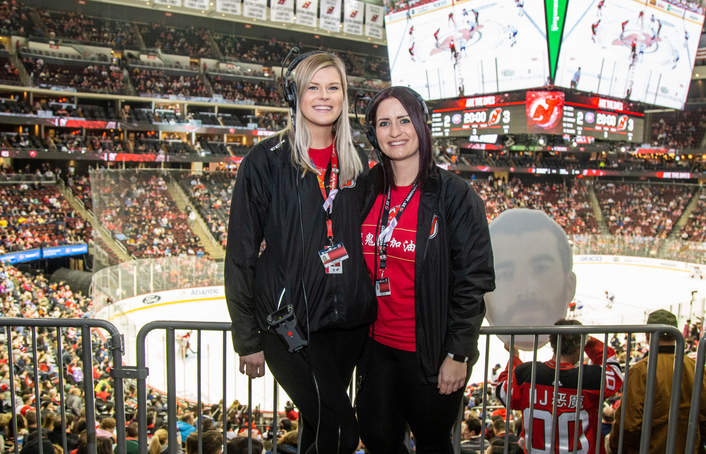 “When the time came to upgrade our routing and comms systems, we explored several vendors in both categories. Ultimately, Riedel was the perfect choice for our budget, the requirements of our facility, and the technical capabilities of MediorNet, Artist, and Bolero,” said Joe Kuchie, Senior Manager, Scoreboard and Live Production, Prudential Center. “In particular, we have been blown away by the outstanding voice quality and range of the Bolero system when compared to tests we ran on other solutions. Other advantages are the integrated features of MediorNet and the flexibility to grow the system just by adding more nodes where needed, rather than having to buy a completely new router.”

Connecting Prudential Center’s control room to the arena floor, the new Artist- and Bolero-based intercom system powers communications for all in-arena productions. The MediorNet real-time network routes all video content and feeds from the control room to the scoreboard and monitors throughout the building, and also transports feeds to replay operators for all sporting events.

One especially valuable capability of the new Riedel intercom system is its point-to-point features, which allow individual crew members to speak directly with one another rather than having to share a crowded main channel during a game. With each Bolero beltpack acting as a wireless key panel integrated with Artist, users are able to place point-to-point calls whenever and wherever needed. 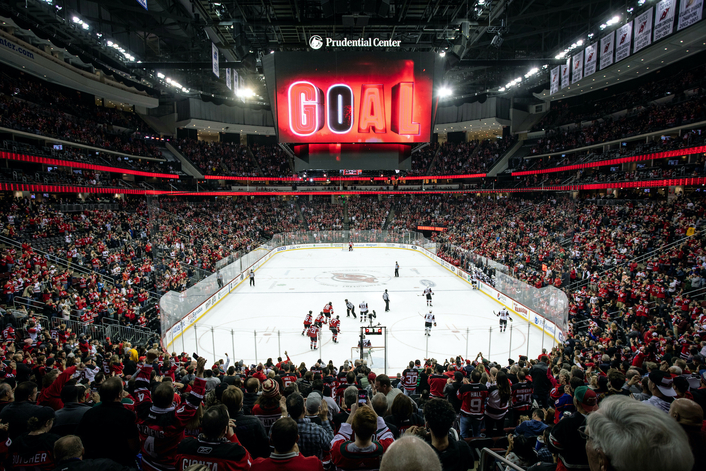 “With Bolero’s fantastic range, our game-day workflows have improved significantly. Now we are able to talk to our floor managers and camera operators wherever they are, instead of waiting for them to return within range,” Kuchie added. “With our newfound communication range, we have new opportunities for filming in-game features from various locations in our building, capturing live footage from angles that we previously couldn’t use, and generating unique, fan-engaging content that translates into new revenue potential.”

Prudential Center is the world-class sports and entertainment venue located in downtown Newark, New Jersey. Opened in October 2007, the state-of-the-art arena is the home of the National Hockey League’s (NHL) three-time Stanley Cup Champion New Jersey Devils, Seton Hall University’s NCAA Division I Men’s Basketball program, and more than 175 concerts, family shows and special events each year. The arena is also home to the GRAMMY Museum Experience Prudential Center, which opened its doors to the public on October 2017. The 8,200-square-foot experience marks the first GRAMMY Museum outpost on the East Coast, and features a dynamic combination of educational programming and interactive permanent and traveling exhibits, including a spotlight on legendary GRAMMY winners from New Jersey. Ranked in the Top 8 nationally by Pollstar, Billboard and Venues Today, Prudential Center is recognized as one of the premier venues in the United States, and hosts over 2 million guests annually. For more information about Prudential Center, visit PruCenter.com and follow the arena on Facebook, Twitter and Instagram @PruCenter. Prudential Center is a Harris Blitzer Sports & Entertainment property.