The Russian sports capital of Kazan will host the high-speed, low-altitude action of the Red Bull Air Race World Championship for the third consecutive time on Saturday and Sunday, 15-16 June 2019. In the break since the race in Abu Dhabi, the 14 top-level international teams and pilots have been preparing flat out, determined to reboot their momentum for the air race summer showdowns. Add a double-header for the Challenger Class, and race weekend in Kazan will strike a chord with every motorsport fan. 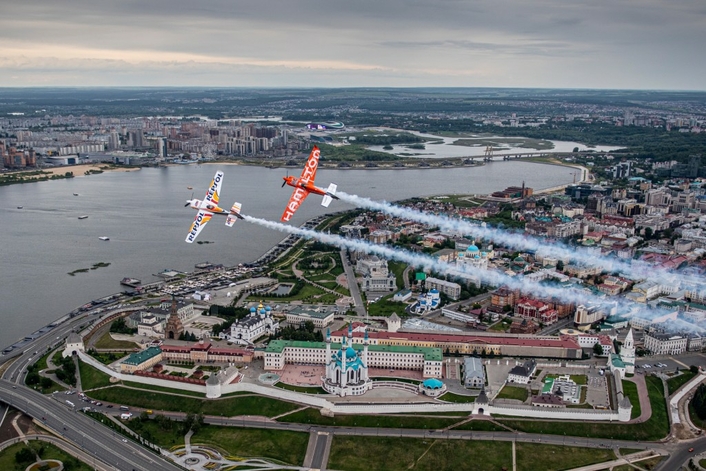 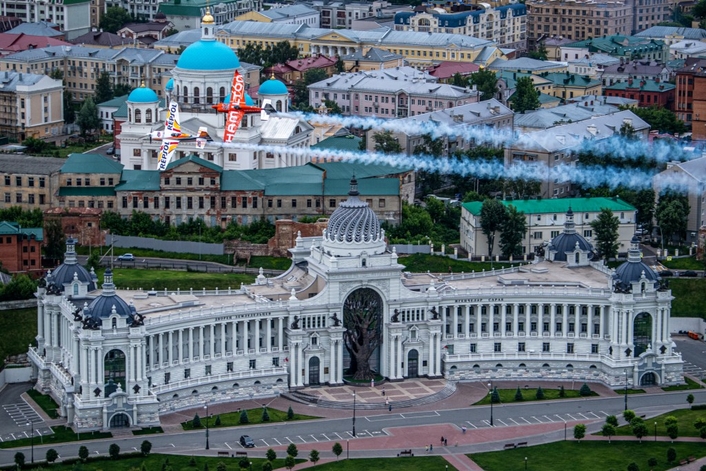 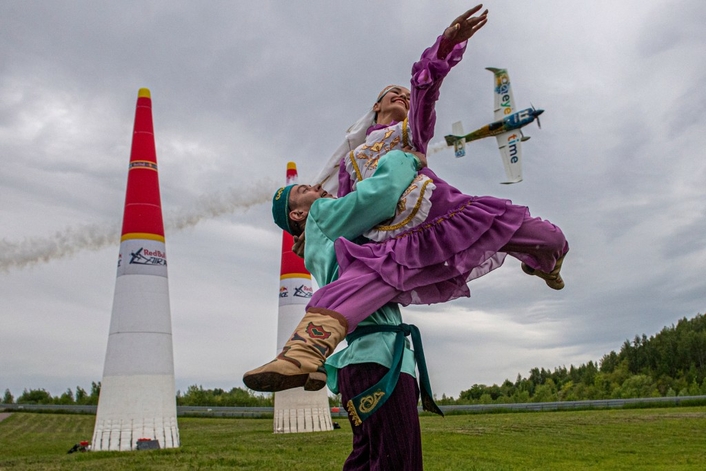 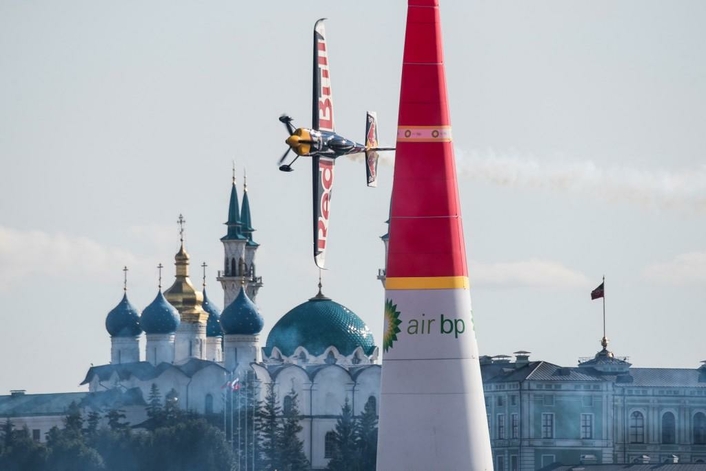 With only days to go before the third consecutive stop of the Red Bull Air Race in Kazan, Russia this weekend, two pilots from the World Championship ranks took the opportunity to view the Tatarstan capital from their raceplanes.

Kazan, Russia – Nicolas Ivanoff of France, who is proud of having Russian heritage on his grandfather’s side, and Spain’s Juan Velarde flew over two of Kazan’s famous domed structures, the Kremlin, a World Heritage site, and the Ministry of Agriculture, with its 20-metre statue of a majestic tree. 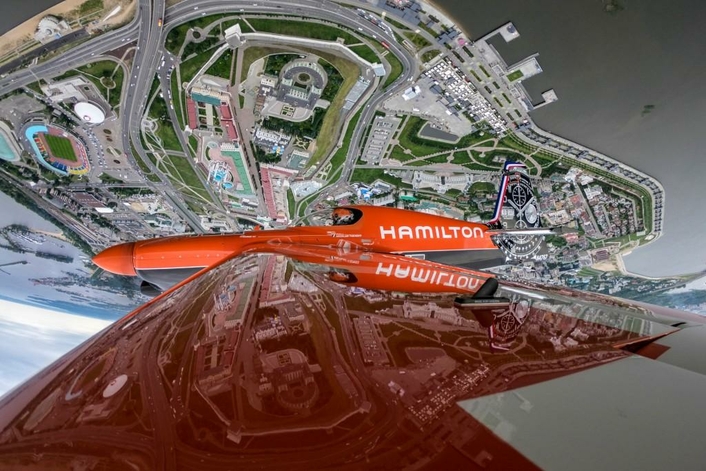 Meanwhile, another French pilot, Mika Brageot, nimbly danced his raceplane through a double gate as Tatar folk dancers expertly executed their own choreography, traditional to the Republic of Tartastan, just below.

The Red Bull Air Race takes off over the Kazanka River this Saturday and Sunday, 15-16 June. For tickets and more information: www.redbullairrace.com 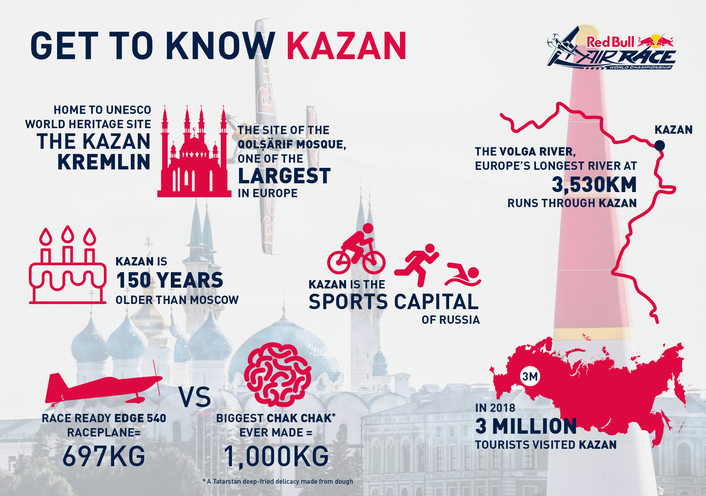 ABOUT RED BULL AIR RACE
The Red Bull Air Race World Championship is an aerial motorsport series that demands a combination of speed, precision and skill. Using the fastest, most agile, high performance raceplanes, pilots compete in iconic locations over water and land. The high speed, low altitude and extreme manoeuvrability required make it accessible only to the world's most exceptional pilots.

The Air Race was developed in 2003 and is accredited by the Fédération Aéronautique Internationale (FAI), with more than 90 races completed across five continents. As the most advanced aerial challenge in existence, competing in the Red Bull Air Race World Championship is the highest accolade for elite pilots. A Challenger Cup feeder series was introduced in 2014.