Novatech Shines with The Diamonds 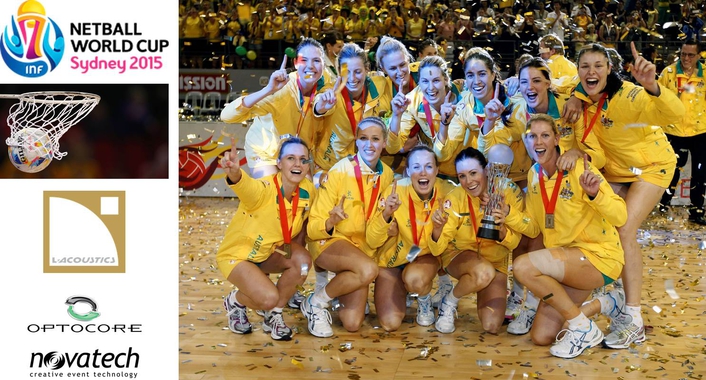 On 16 August 2015, the Australian Netball Diamonds crowned their 2015 Netball World Cup campaign with their 11th title, beating out 15 other nations, including arch rivals New Zealand in the grand final. A crowd of just under 17,000 at Sydney’s Allphones Arena watched the Diamonds emerge triumphant, and Novatech Creative Event Technology were on hand to make sure that the final, and every game in the 10 days leading up to it, were presented with the best possible audio and technical production.

Novatech partnered with the Netball World Cup SYDNEY 2015 as their Technical Production Team, overseeing production for all their games, events around Sydney’s Olympic Park. In addition to providing PA and support in the Arena itself, Novatech also handled preliminary and qualify games in the neighbouring Netball Central, the opening and closing ceremonies, presentations, functions FanFEST and special events.

By far the biggest challenge was ensuring that every seat in the massive Allphones Arena experienced the same outstanding audio quality. To this end, Novatech deployed an impressive 44 elements of their premium L-Acoustics K2 line array system. Hung in two hangs of 10 and two of 12, with the LA-RAKS that powered them flown with them, the system was optimised by Novatech’s Audio System Designer, Nick Gates.

"By using L-Acoustics SOUNDVISION mapping software, I was able to design a K2 system suitable for all applications at the event,” Nick explained. “By manipulating the inter-element angles of the arrays and controlling the unity cross-over points between them, I was able to achieve homogenous amplitude response and a constant SPL target, giving every audience member the same audio experience, regardless of where they were in the arena." 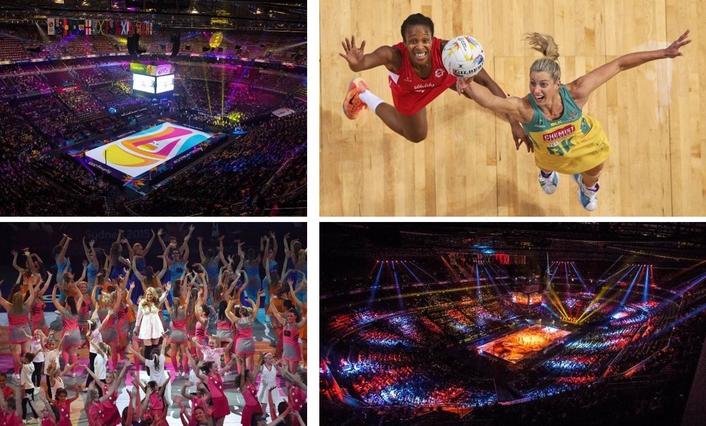 All audio was distributed via fibre optic cabling around the venue using Novatech’s Optocore system, which was backed up with an analogue redundancy, ensuring nothing would stop a game in progress. Mixing for the crowd, Novatech employed an industry standard Avid Profile digital mixer, while an Avid SC48 handled the 12 sends across 24 beltpacks of Shure’s flagship PSM1000 in ear monitors for performer foldback throughout the opening ceremony. 24 channels of Shure UHF-R wireless microphones were used for voice amplification and all radio systems were kept running without dropouts or interference by Shure’s Axient spectrum management system in conjunction with Shure’s Wireless Workbench software.

About Novatech Creative Event Technology:
Novatech Creative Event Technology is one of Australia's leading and most respected audio visual production companies. Driven by a passion and commitment to staging exceptional events, we have the expertise, technology and resources to produce and stage truly unique conferences, gala dinners, product launches, road shows and concerts that surpass our client’s expectations. Our world-class team, cutting edge technology and in-depth experience across a wide range of venues provides you with the confidence and peace of mind when staging your next event.