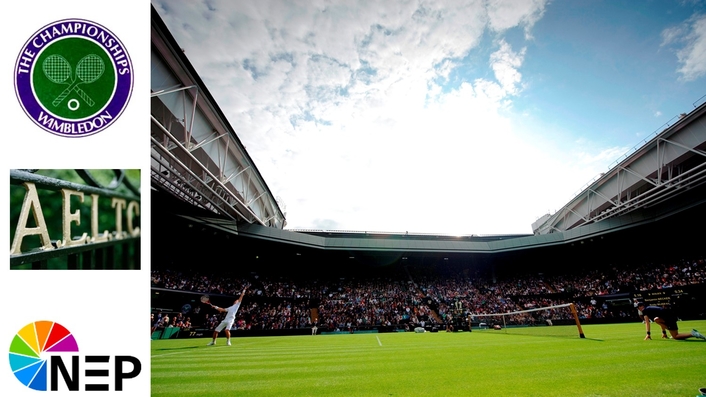 NEP UK, an NEP Broadcast Services Company, today announces it is providing technical Host Broadcast Services to The Championships, Wimbledon, for the first Championships to be broadcast utilising SMPTE ST 2110 compliant fully redundant IP technology. NEP UK has installed a distributed routing system, connected by main and back up MTP fibre optic cable, to serve on and off-site domestic and international broadcasters. For the first time, NEP UK, in partnership with ‘Wimbledon Broadcast Services’ (WBS) is covering all the courts with a team of over 250 technical crew to record and replay every ball that is played.

Continuing its 35-year relationship with The All England Lawn Tennis Club (AELTC), NEP UK is delivering IP technical facilities for its in-house production of The Championships as part of WBS. By deploying its new IP-based outside broadcast (OB) trucks, NEP UK can offer increased flexibility compared to coaxial cable connections and significantly reducing the expense and use of unsightly cabling throughout the Grounds. Furthermore, the latest OB vehicles can expand its capacity and facilities exponentially via modular connection with multiple IP fly-packs. 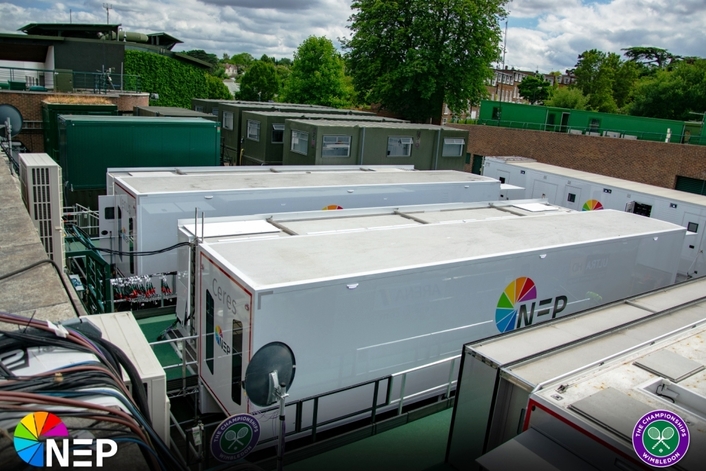 “Both the scale and range of requirements for this project are immense. Compared to previous years our coverage has grown considerably. From distributing directly to rights holders own MCRs, the Central Content Store, the World feed, the Wimbledon Channel and now a transmission, distribution and quality control area, as well as an additional two courts. We have also joined forces with Fletcher to provide coverage for the remaining seven courts, allowing all courts to have full coverage for the first time” comments Richard Lancaster, Technical Project Manager, NEP UK.

Since 2014, NEP UK has provided both host and domestic coverage of The Championships. This year, the number of custom built galleries has almost doubled with 21 control rooms for the host broadcaster plus three for the Wimbledon Channel to serve the World Feed and archive. To support the broadcast, NEP will employ 118+ camera positions and 41+ EVS servers, plus three major OB units and a large fly-pack core to broadcast the event.

Paul Davies, Head of Broadcast & Production at the AELTC said, “We have worked with NEP UK for a number of years and their experience, knowledge and expertise has ensured that Wimbledon has remained at the cutting edge of broadcast innovation throughout this partnership. This is the first year ‘Wimbledon Broadcast Services’ comes into operation and we are delighted to continue to partner with NEP for a further four years and are very excited to be covering Centre Court in 4K HDR” 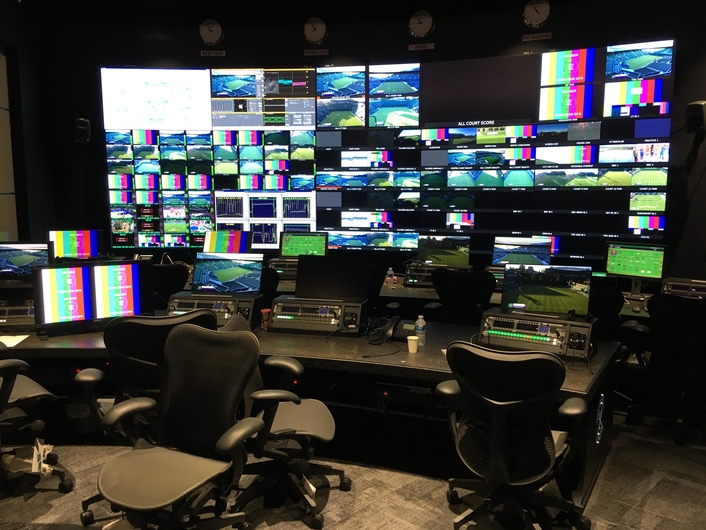 “Our deep understanding of Wimbledon, the sport, the venue and its broadcast requirements has enabled NEP UK to work seamlessly with the AELTC to broadcast in SMPTE 2110 for the first time. Our new IP modular system will enable flexibility and scalability, whilst ensuring the highest standards of broadcast coverage,” adds Rob Newton, Engineering and Technical Director, NEP UK. “Following Wimbledon, NEP UK will split the IP system into four separate structures for smaller scale live events.”

The Championships, Wimbledon, is the oldest of the four tennis Grand Slams and the only one played on grass. Held at the All England Club, established in 1868, the first Championships took place in 1877.

For over 30 years, NEP has been a worldwide outsourced technical production partner supporting premier content producers of live sports, entertainment, music and corporate events. Our services include remote production, studio production, audio visual solutions, host broadcast support, premium playout, post production and innovative software-based media management solutions. NEP’s 3,000+ employees are driven by a passion for superior service and a focus on technical innovation. Together, we have supported productions in over 85 countries on all seven continents.