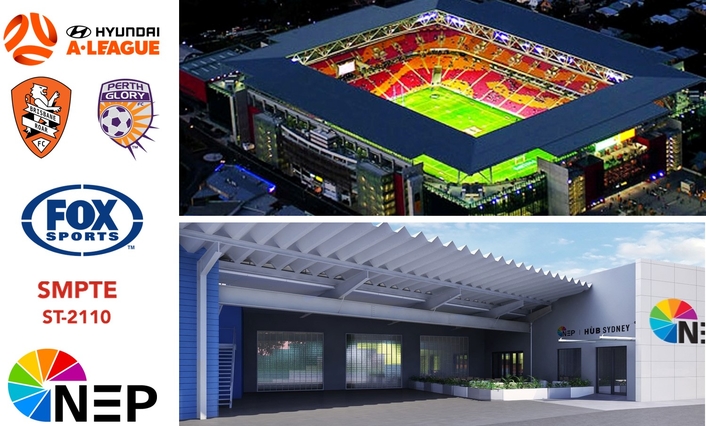 A comprehensive HD video conferencing system enabled the ‘split’ production environment in which all program production staff – including the director, vision switcher, audio director, graphics and replay operators – were based at the Andrews Hub Sydney control room.

The final program was then delivered to FOX SPORTS via IP for broadcast.

NEP Australia’s Director of Technology, Marc Segar, said: “This is a milestone for the broadcasting industry and ushers in a completely new way of bringing live television to air.

“Never before has a broadcaster received a program ready to put to air via uncompressed video and SMPTE 2110 transmitted over such a long distance in a 100 per cent internet protocol (IP) facility. 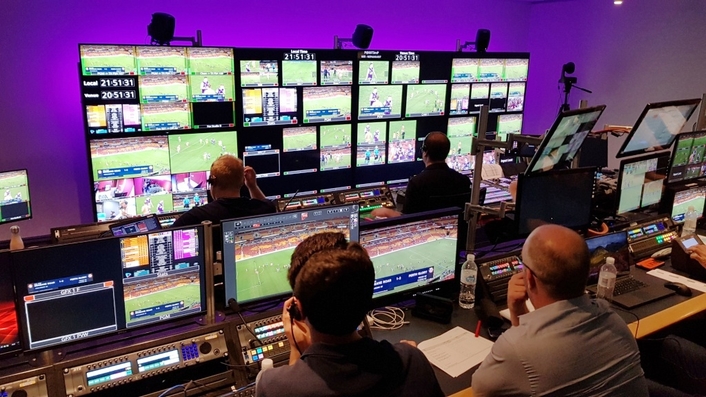 “Last night’s event proves that broadcast technical professionals can now work across many locations using modern communication tools to maintain a team approach – regardless of distance.

“We thank our FOX SPORTS colleagues for sharing our vision of the future of live event broadcasting and look forward to delivering their tier-one ball sports in this way from now on.”

FOX SPORTS Australia’s Head of Technology, Steve Edwards, said: “Our partners at NEP have done a great job not only in building these world class, state of the art, all-IP facilities, but also in working with our production and technical teams to enable the next generation of sports broadcast production.

“Their willingness to embrace the newest IP technologies and emerging IP broadcast standards has been the key to success so far.”

Last night’s Hyundai A-League match marks the start of NEP’s plans to cover up to seven concurrent events from its centralised Andrews Hubs at Sydney (Eveleigh) and Melbourne (Southbank), beginning in early February 2018 with the start of the AFL and NRL seasons.

Resources shared between the Sydney and Melbourne hubs include two Arista 7508R eight-slot network switches, each in a hitless configuration; a Lawo V_Matrix for core WAN gateways, processing, and multiview; RTS intercoms; IHSE IP-based KVM; and VSM control. A proprietary video-conferencing system developed by NEP also plays a key role, and Telstra is handling DPN connectivity to 29 of the venues, with several additional venues connected by dark fiber.

The new IP hubs will be complemented by four new all-IP trucks and seven existing NEP trucks that will be modified with an IP layer.

Uncompressed SMPTE ST 2110 will play a big role in all of the IP facilities, a key to reducing latency and delays. The only times compression will be used will be when a project originates from one of seven venues where bandwidth is limited to 10 Gbps.

Fox Sports Australia will be among the top clients to be served out of the new facilities, and Steve Edwards, head of technology, Fox Sports Australia, says NEP has done a great job not only in building these world-class, state-of-the-art, all-IP facilities but also in working with the Fox Sports production and technical teams to enable the next generation of sports-broadcast production. But the success of the facility will ultimately be about people, not technology.