IOC and Intel announce Worldwide TOP Partnership through to 2024 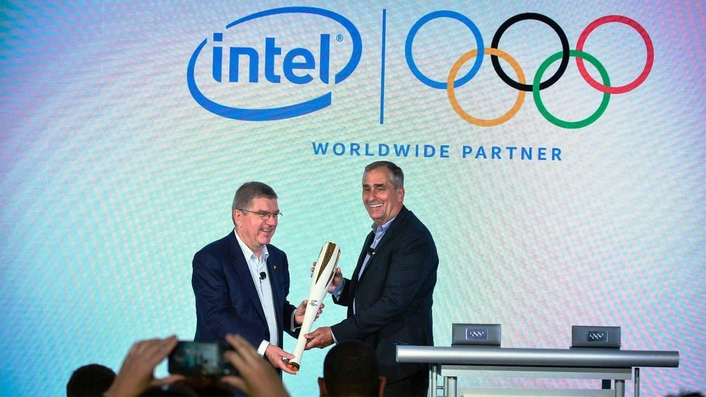 As a Worldwide TOP Partner, Intel will work with the International Olympic Committee (IOC) to reimagine the future of the Olympic Games with new levels of fan interaction through leading-edge technology

Thomas Bach, President of the International Olympic Committee, said: “As a result of Olympic Agenda 2020, the IOC is forging ground-breaking partnerships. Intel is a world-leader in its field and we’re very excited to be working with the Intel team to drive the future of the Olympic Games through cutting-edge technology. The Olympic Games provide a connection between fans and athletes that has inspired people around the world through sport and the Olympic values of excellence, friendship and respect. Thanks to our new innovative global partnership with Intel, fans in the stadium, athletes and audiences around the world will soon experience the magic of the Olympic Games in completely new ways.” 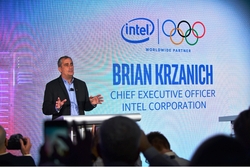 “We are excited to join the Olympic Movement and integrate Intel’s innovative technologies to advance the Olympics Games experience for fans around the world,” Brian Krzanich, Intel CEO said. “Through this close collaboration with the Olympic family, we will accelerate the adoption of technology for the future of sports on the world’s largest athletic stage”.

Intel said it plans to broadcast 16 events live and offer another 16 on demand from the 2018 Olympic Games in South Korea, broadcast using Intel’s True VR technology — the same tech Intel is using to broadcast one MLB game every Tuesday.

True VR involves the use of a special, 12-camera video capture array meant to record 180 degrees of action. It captures a terabyte of data every minute, which is processed and transcoded by mobile production units before streaming out to your headset. Expect to see this live on the Olympic Channel, the the multiplatform destination where the excitement of the Olympic Games is broadcast year round. 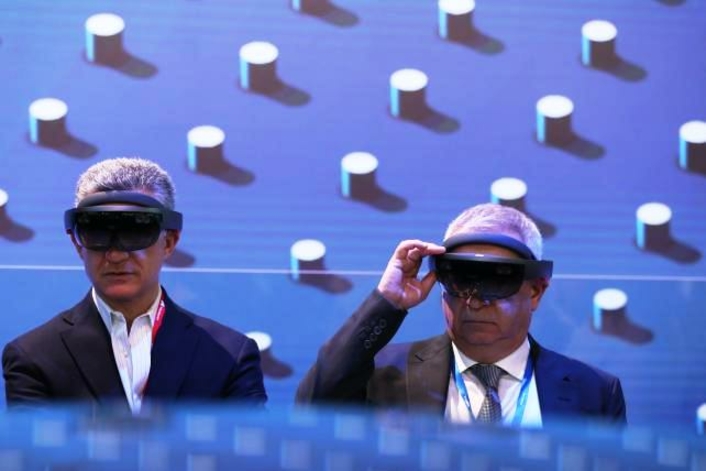 But the partnership goes well beyond VR: Intel plans to bring a host of technologies to bear on Pyeongchang 2018. There’s drone technology, for example, which should enable not just fantastic camera angles but a new form of pyrotechnics. In recent years, the company has staged events worldwide using arrays of drones to perform interactive light shows — think of them as modern-day fireworks, Krzanich noted. 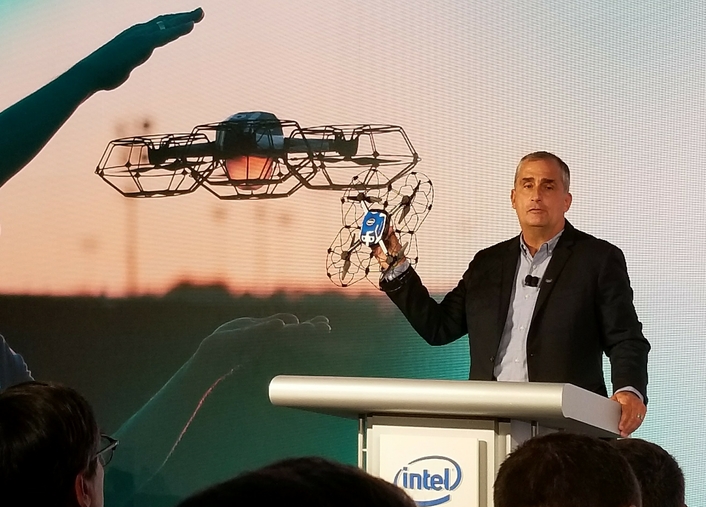 Drones should let cameras follow ski jumpers as they soar through the skies and other athletes as they wind down mountain paths. That presents unique problems, as well; at an Alpine Skiing World Cup event in early 2016, a drone nearly crashed into an athlete. Krzanich said new technologies and rapid advancements in drones, in particular in object avoidance, should prevent this from being a problem this time around. Bach noted that the IOC had signed off on the use of the drones. 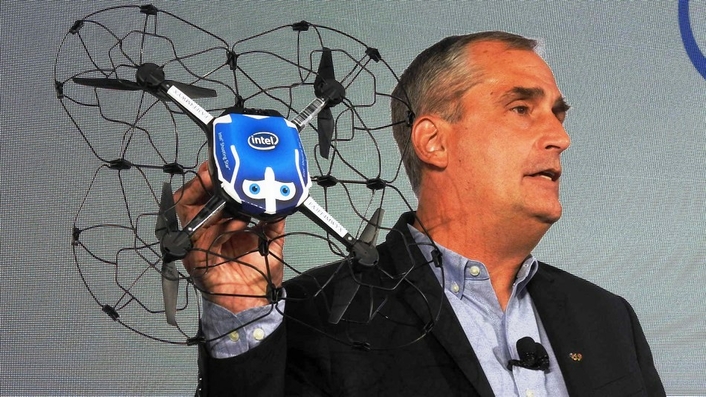 Intel stressed how the partnership would improve the experience for Olympic fans, citing another technology: Intel Free Tech. This involves arrays of 38 cameras that allow Matrix-style camera pivots around a scene, which let the viewer watch the action from any angle. Intel calls it “volumetric,” and if NBC can broadcast with this, it should make for far more dynamic viewing.

Then there’s 5G technology, which was heavily hyped at the CES 2017, in spite of the fact that it’s still years from deployment in the United States. (Here’s everything we know about 5G today.) The advanced cellular network promises more than just speed: It will let viewers gain insights directly from athletes, deliver a wider array of content to broadcasters, and give fans the opportunity to experience the games anywhere, Intel said.

Deployment of such a technology at the Korean games should be a key test of the new technology: Will it allow us to see down the giant slalom as if we were on the slopes, or will it stutter and lag, as slower cellular technologies are known to do?

Finally, Intel says it plans to use artificial intelligence to allow people to better understand the action and events they are watching, and to compare the performance of athletes faster.

Working with the IOC, Intel’s contributions to the Olympic Movement will include technology developments that will be rolled out as the multiyear partnership evolves, for example:

Tsunekazu Takeda, the IOC’s Marketing Commission Chair, said: “Our strategic partnership with Intel is a clear demonstration of the enduring appeal of the Olympic Games and the trust the world’s leading companies have in the Olympic Movement. The Olympic Movement is looking forward to working with Intel to achieve its vision of building a better world through sport.”