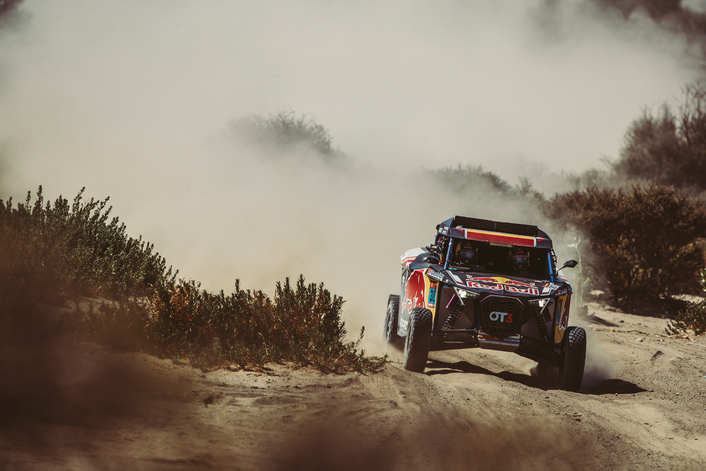 The 2021 Dakar Rally is now well and truly underway as competitors were set a punishing 277-kilometre route on Stage One. Rising to the challenge were Cristina Gutiérrez, Carlos Sainz and Toby Price who all bagged victories.

- Setting the fastest time in the Lightweight Vehicles category was Cristina Gutiérrez. The Spaniard, who has previously finished four editions of the Dakar in the car category, showcased her offroad talent to become the first female Dakar stage winner since Jutta Kleinschmidt in 2005.

- “There were lots of very tricky things on the stage. We had one puncture, but I think everyone had at least one today. The work that my co-driver François (Cazalet) did on the navigation was incredible because it was so tough today,” said Gutiérrez. 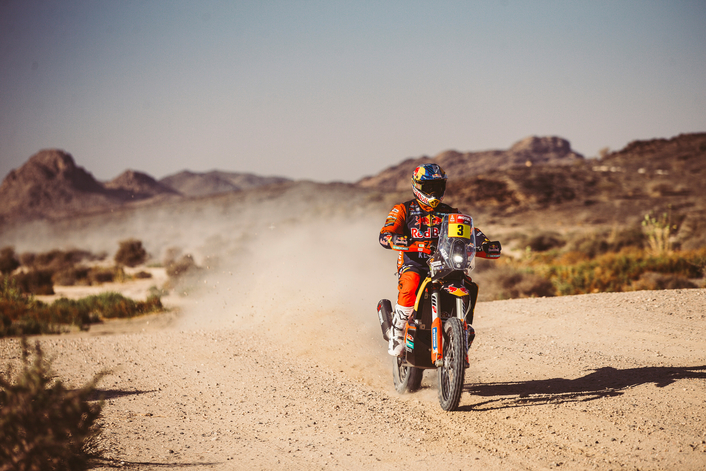 - In the car category, reigning champion Carlos Sainz could not escape the difficulties presented on day one. Yet, despite suffering a puncture and a navigational hiccup, the Spaniard took the stage win and claimed top spot on the leaderboard.

- Sainz, a three-time Dakar champion, admitted: “There was a place where we got lost for three or four minutes, a place where lots of other cars got lost.”

- Pushing Sainz all the way was his fellow MINI JCW Buggy driver Stéphane Peterhansel. The 13-time Dakar winner eventually missed out on a stage win by 26 seconds, but has moved into second in the general classification. 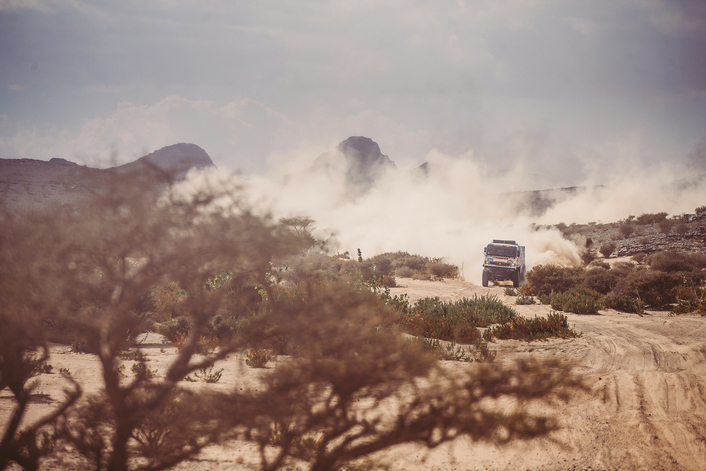 - “Navigation was not easy and there were a lot of rocks. It was so easy to get a puncture and we got one 30km from the end of the stage. Tomorrow’s stage also looks tricky,” said Peterhansel.

- Although they were unable to match the pace of Sainz, there were steady drives on Stage One for Giniel De Villiers, Kuba Przygoński, Nasser Al-Attiyah and Cyril Despres. The news was not so good for nine-time WRC champion Sébastien Loeb as the Frenchman endured a difficult day.

- Loeb said: “We were lost after 15 kilometres for 15 minutes. Then we were in the dust of the cars that had past us. We had three punctures and we got lost a second time.” 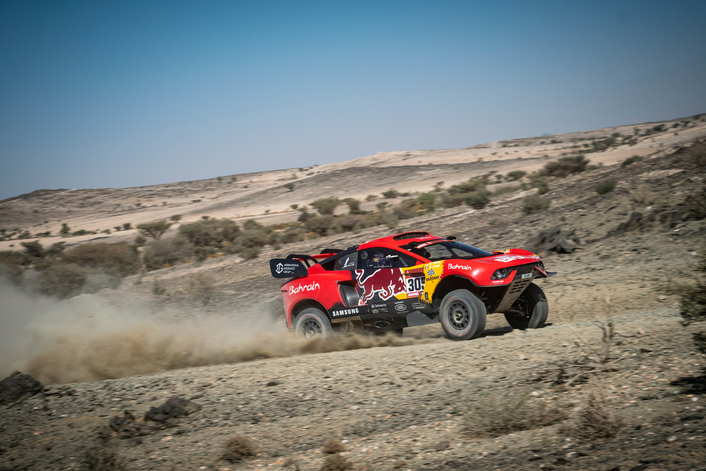 - In the bike race, Toby Price leads the general classification after securing a stage win on the route to Bisha.

- The Red Bull KTM Factory Racing rider, who is chasing a third Dakar victory, said: “There’s still plenty of chopping and changing to come in the standings. I’ll be doing my best to stay calm and let things cruise along.”

- Price was joined by his Red Bull KTM Factory Racing team-mates Sam Sunderland and Matthias Walkner in today’s Top 5. Walkner said: “When we were in the big stones it felt like we were racing the Erzberg Rodeo back home in Austria.”

- In the truck race we have the familiar sight of Team Kamaz Master topping the rankings thanks to Dmitry Sotnikov’s stage win. 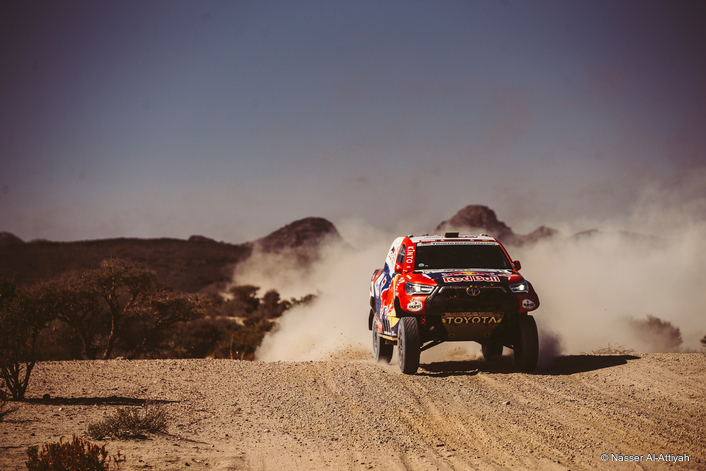 - Tomorrow sees the Dakar convoy leave Bisha and head to Wadi Ad-Dawasir. Early on in the mammoth 457km timed special stage will be a 30km section of dunes. 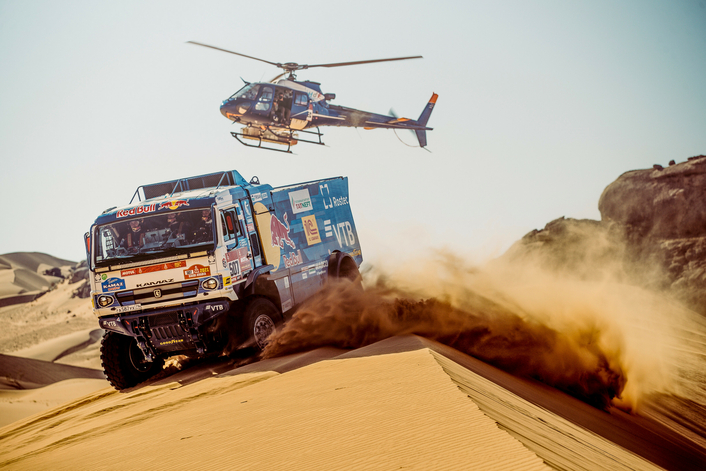