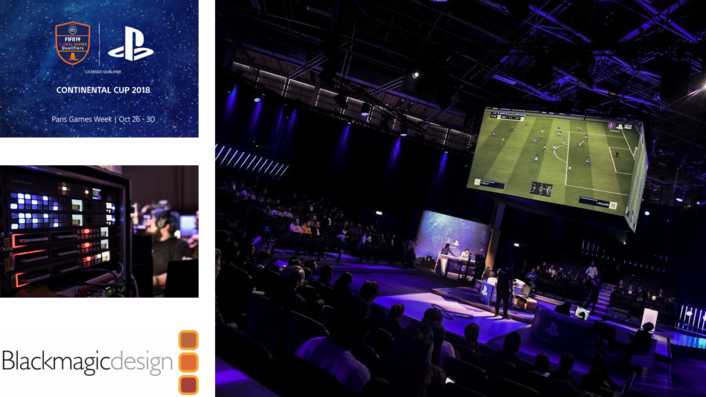 The three day professional tournament pitted 32 of the world’s top gamers against each other in a bespoke event auditorium, with ESL UK handling a 17 strong multicam production, which covered the central gaming arena, multiple commentary zones, a studio set, tiered audience seating and a full production gallery. 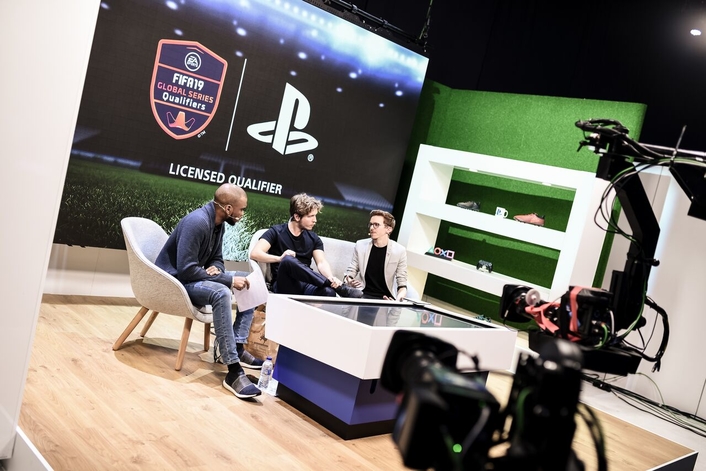 Tasked with keeping those at the show and those watching across the world up to date with all the action, ESL UK produced four program (PGM) mixes: two English language mixes and an LCD screen on the main ATEM 4 M/E Broadcast Studio 4K. A French language feed was produced simultaneously on ESL’s flyaway PPU, with an ATEM 2 M/E Production Studio 4K as its production hub.

“The main program feed included gameplay, graphics, talent and advertising content and this was delivered through the main ATEM 4 M/E switcher, paired with an ATEM 2 M/E Broadcast Panel. However, we also needed a feed for some broadcast partners, which eliminated certain camera signals and promotional content,” explains Sam Deans, executive producer, ESL UK. “To create this, we deployed M/E 3 as a substitute matrix bus, which automatically cut to various signals, dependent on the live source of M/E 1, using a custom control program.” 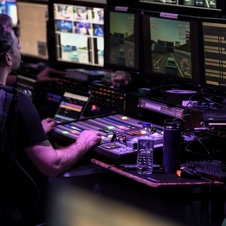 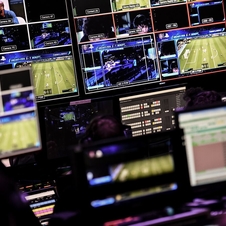 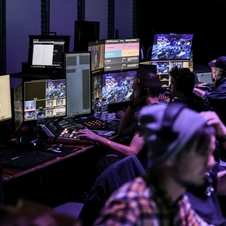 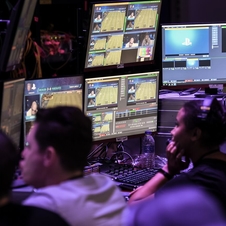 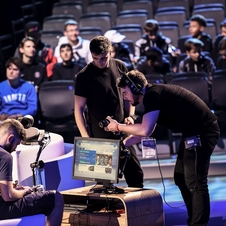 “Our livestreams from Paris Games Week were the first esports broadcasts for the newly released game, so delivering a high quality, multifaceted live production was absolutely critical,” Sam concludes. “With so many content elements to cut between to make sure viewers could see every kick, tackle and shot in real time, we had to have complete faith in our live equipment. Our Blackmagic workflow allows us to broadcast complex, multilayered programming that gives gaming fans access to everything that the players themselves are experiencing.” 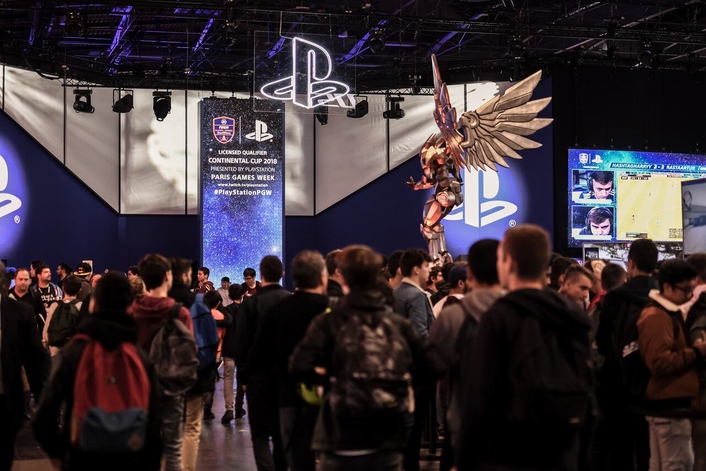