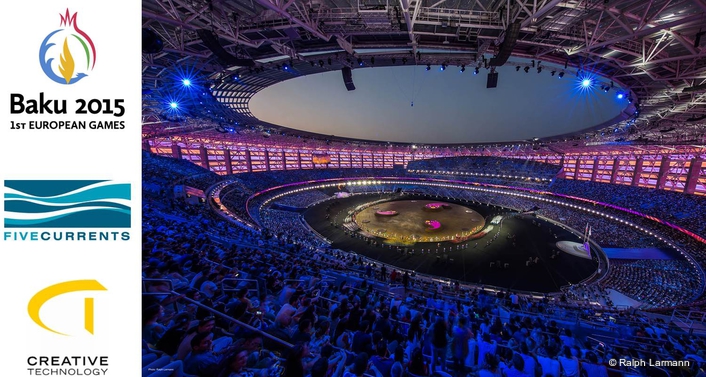 The Ceremony, held in Azerbaijan’s ancient city Baku, featured the history of the nation, its paintings, poetry and industries represented by images and shape shifting scenes using special effects on the stage set designed as the shores of the Caspian Sea.

The Opening Ceremony is the latest in a long list of major Ceremonies delivered by Creative Technology (CT) which includes the last three summer Games alongside Commonwealth, Asian and Arab Games in India and the Middle East. The Opening also represented the culmination of over a years’ work for Creative Technology in the negotiation, planning and ultimately delivery of many aspects of the Games in Baku.

CT was contracted by production company FiveCurrents to deliver two key elements of the Ceremonies production. A full video production and playback solution was provided for both Ceremonies and the entire rehearsal period. The system included CT’s Flagship Kahuna switching system along with cameras, dual EVS machines, multiple photon servers and a complex signal distribution infrastructure throughout the Stadium and broadcast compounds. CT’s systems fed the Stadium LED boards, ribbon display and dramatic LED pillows cladding the outside of the stadium. CT additionally handled all direct play in to broadcast and delivery of numerous production monitoring and stage management feeds and produced a highlights package for replay on the Stadium screens during audience walk out. 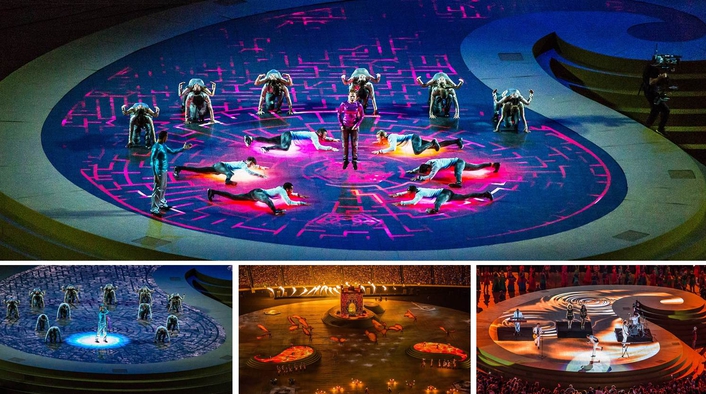 The CT package was dramatically expanded for the Closing Ceremony with the provision of three sculpted Buta stages (the national symbol of Azerbaijan) decked with a custom manufactured LED floor product. 450m2 of NX7 LED floor was installed and tested over a 24 hour period. The new product commissoned for this project and now added to CT’s rental stock provides an outdoor capable non-slip surface. Unlike other LED flooring systems the NX7 has a non reflective surface and almost invisible seams providing an alternative to the traditional tiled and reflective solutions from other suppliers. The option of a glass overlay makes the new product capable of operating in either mode. 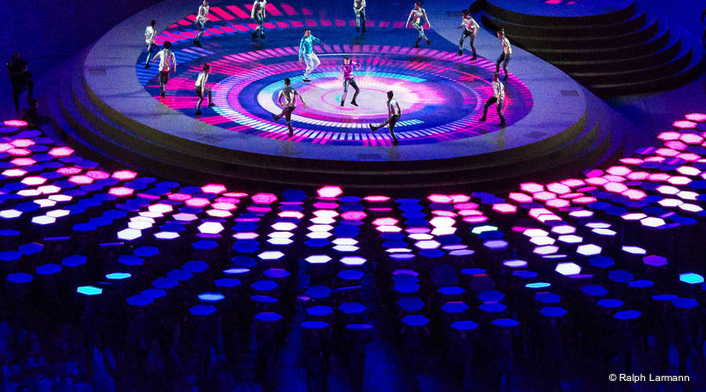