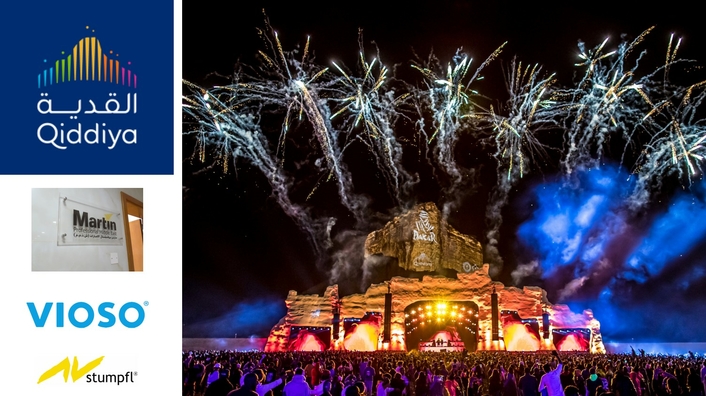 VIOSO helped create the world’s largest permanent projection mapping on to the Tuwaiq mountains. The spectacular 32,000 sqm projection recognises the vast development, Qiddiya, that will surround it in three years

Commissioned by the Qiddiya Investment Company (Q.I.C.) and with phase one planned to open in 2023, the highly ambitious Qiddiya project is destined to be the upcoming capital for arts, entertainment and sports in Saudi Arabia. The immense 334km2 site will be built from a focus on the tourism and recreation industries, as highlighted in the Saudi Vision 2030 expansion plan by Crown Prince of Saudi Arabia, His Royal Highness Mohammad Bin Salman Al Saud. The destination includes plans for expansive water and theme parks as well as a community of 5,000 residents, all within a 40-minute journey of the Riyadh capital. The destination, currently an expansive, vast land with hundreds of miles of potential, will be surrounded by immense 200 metre cliffs. Phase one of the project will feature “Six Flags Qiddiya” as a family attraction, providing visitors with endless entertainment and attractions to explore which take into consideration the cultural and natural aspects of the area, including the mountains.

This megaproject was officially announced at the closing ceremony of the Dakar 2020 rally in Saudi Arabia, where 84 Barco UDX-W40s projectors were used to light up the Tuwaiq mountain with the evolutionary story of the summit, up until the expansive Qiddiya metropolis. The projection showed 150m-tall logos of Qiddiya, Dakar, GSA and SAMF, which were visible for miles around, which progressed into an eye-catching three-minute video that told the story of the genesis of the Tuwaiq Mountains, from its volcanic beginnings, through the Ice Age and right up to the modern-day entertainment metropolis that Qiddiya will become. This was a feat accomplished in just 60 days with the assistance of German projection magicians, VIOSO. 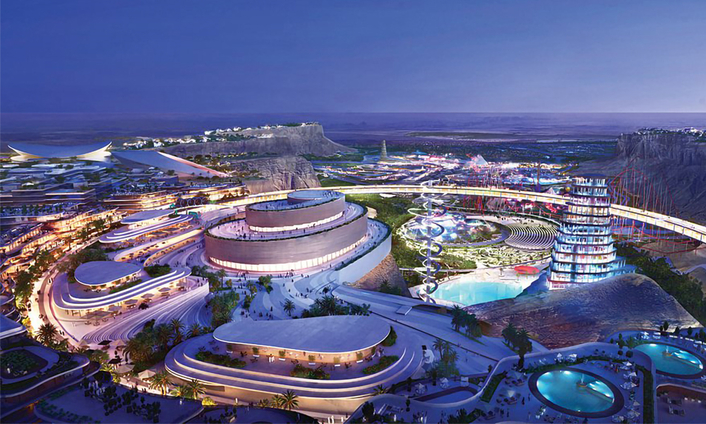 Originally, the project was a request from the Q.I.C. to distributor Martin Professional Middle East, to project the Qiddiya logo on around 100 sqm of the mountain face. An onsite recreation using two Barco UDX projectors was used to demonstrate the potential of the project, and this influenced the decision to expand the projection coverage to 440m wide. After this decision, the project became the largest permanent projection installation in the world. 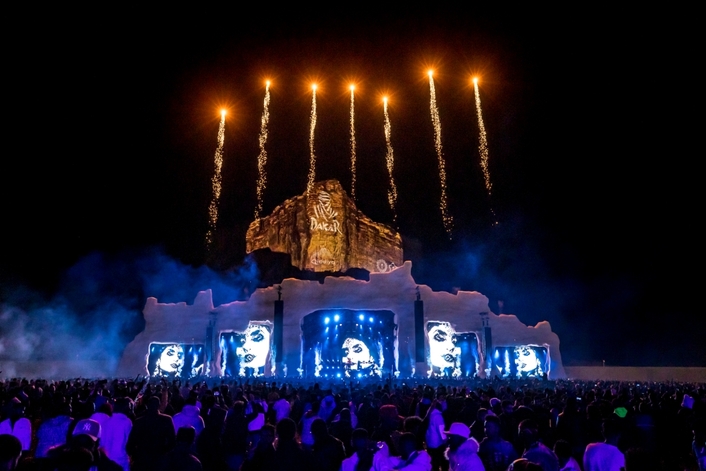 VIOSO provided 16 VIOSO Anystation Media Hexa servers for displaying the content, which they designed in collaboration with Austrian software provider and partner AV Stumpfl. To handle all the show related tasks, AV Stumpfl also provided AVIO Ultimate, running on VIOSO’s Anystation Micro. As the installation continuously runs for 10 hours a day, every day, VIOSO needed a media playback solution that was reliable and durable, which they found in AV Stumpfl’s award-winning products.

“We’ve collaborated with AV Stumpfl on many events now, and the quality of their products and services were always impressive,” Züger commented. 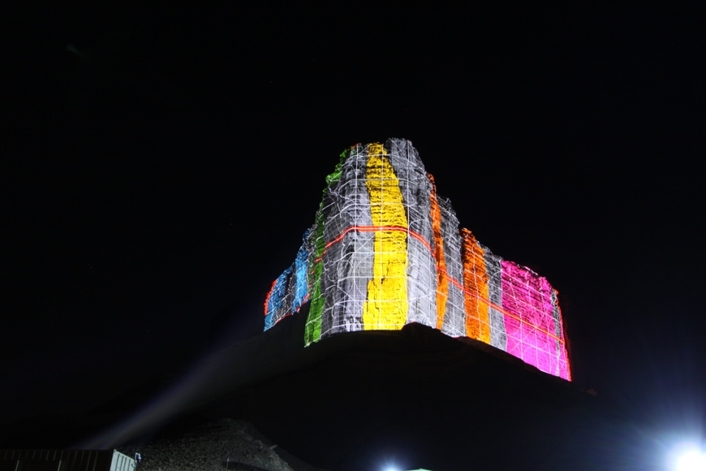 Multiple pre-tests with drones and 3D laser scans were made, allowing the team of 15 specialists to figure out where the 84 projectors would be distributed across from nine different locations. A clay model of the mountain face, created by VIOSO, was the base for the content production and calibrating the mapping for the content. It allowed VIOSO to preconfigure the servers in the lab to save precious time before taking them to the site. The outcome of these tests and models was that the onsite set up was a ‘plug and play’ configuration and minimised the amount of work in such a challenging environment and with time constraints to deliver the mapping.

“We were particularly pleased with the calibration system,” Züger said, referring to VIOSO’s Anyblend projector calibration solution, which was used to align the projectors, double stack and map the content precisely on to the surface of the cliff. “The equipment scanned the mountain face within three nights. Each scan fit the mountain face from the first attempt, meaning we kept well within the 60-day deadline.” 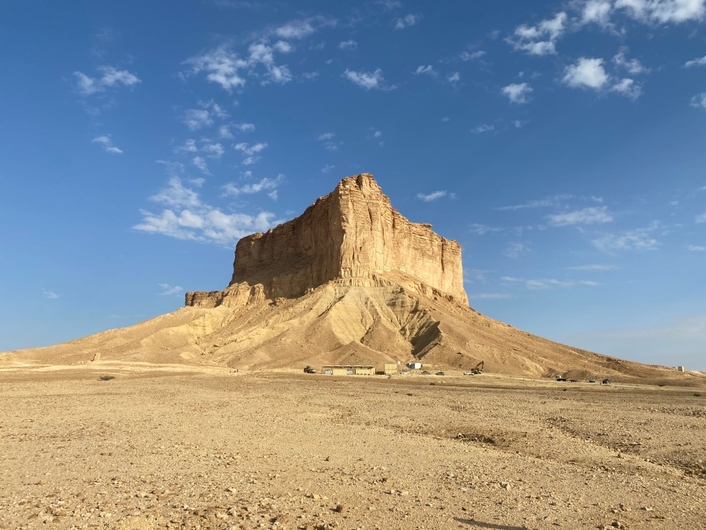 The two projection modes, in creating a billboard like viewpoint for motorists, and in creating the flattened optical illusion from the corner of the mountain, were also a huge accomplishment. “This mapping is so precise that you see a distinctive, almost 3D, illusion which is completely unique to the project,” Züger said. “Overall, we were pleased with the entire outcome of the project. Martin Professional ME were efficient and friendly, and we worked around the obstacles that naturally occur in a project of this dimension with great success. We were so proud to get 84 projectors all aligned pixel-perfect onto the cliff face and be part of the birth of this impressive project. It is the start of this incredible capital and entertainment hub.”