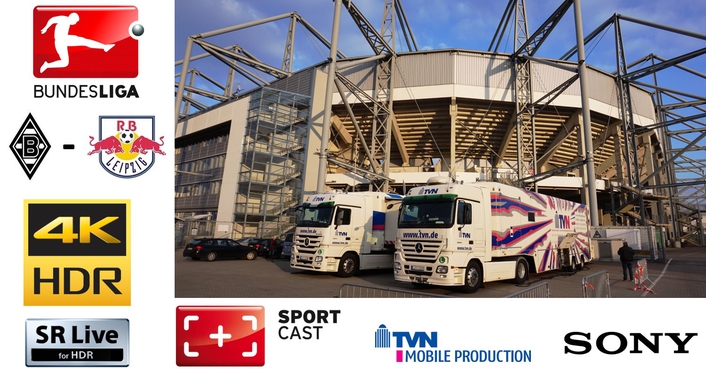 For the first time a TV live broadcast of a Bundesliga football match was produced entirely in the format UHD-HDR (Four more tests are scheduled between now and the end of the current football season). TVN MOBILE PRODUCTION produced the match Borussia Mönchengladbach – RB Leipzig using new Sony switcher and HDR converter technology and a unique new HDR / SDR workflow.

The match was produced in HD and UHD and also in HDR (High Dynamic Range). This was made possible by an HDR / SDR (Standard Dynamic Range) workflow specially developed for the production with one OBVan. The whole scenario was based on a hybrid production concept, where the HD workflow was never affected by the UHD signal. Since UHD is not down converted to HD, the quality of the HD signal is never reduced. The broadcasting security and the constant quality of all provided signals were ensured any time. 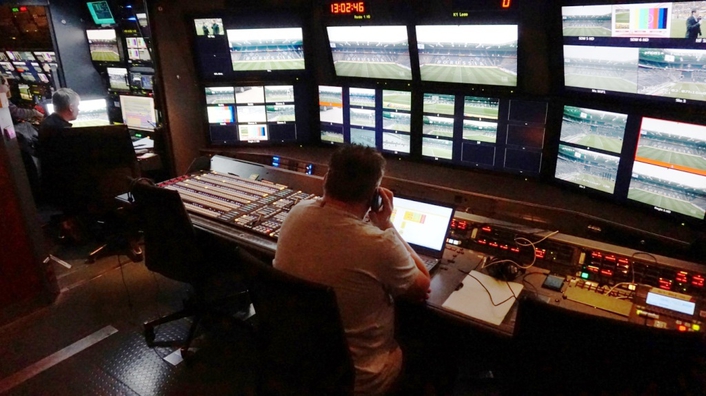 Production Area in the OBVan 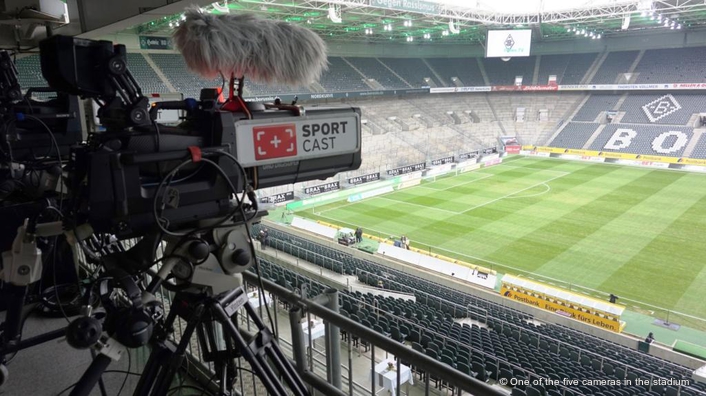 ● HD (for further processing by the respective rights holders)

● UHD-HDR – converted from SLog3 to HLG with a second Sony HDRC-4000 HDR Converter (transmitted to several UHD-HDR displays in a showroom and recorded with the Sony PWS-4500 Live-Server-System on behalf of Sportcast).

All UHD-cameras were run in HDR / SLog3. Non-HDR capable sources, e.g. the goal line technology Hawk-Eye or the in-goal-chip cameras were up-converted via the Sony HDRC-4000 Converter to HDR. Just two Sony HDRC-4000 Converters and the TVN transmission concept were required to implement the complete HDR workflow, while proven structures and procedures could be maintained.

„HDR is a further step towards higher-quality TV production“, says TVN CEO Markus Osthaus. „In cooperation with our technology partners and customers we will continue to develop tomorrow's innovative solutions and bring them to market.“ 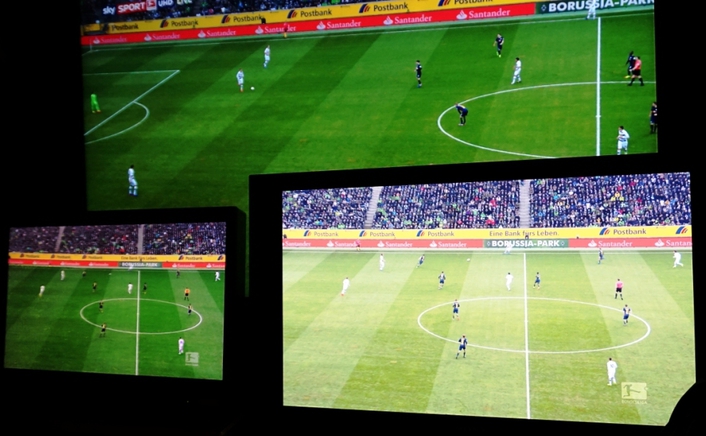 Comparison: the luminosity of the HDR signal on the display bottom right significantly stands out

UHD was processed exclusively in SLog3 on board the TVN OBVan – the output format, e.g. UHD-SDR, UHD-HLG or SMPTE 2084 (PQ), could be freely selected. The UHD SLog3 signals can be recorded which means full control over the source format and the HDR parameters during post production for the customer.

Sony representatives accompanied the production on site. „From the outset the production security and the very high quality standards of TVN were the main focus. So we are happy that we could implement this demanding workflow together with TVN and meet the expectations“, states Andreas Berghaus, Product Specialist Live-Production at Sony.

TVN MOBILE PRODUCTION had modified their OBVan TVN-Ü2 to 3G already in 2010 and started UHD production on this basis in 2014. In October 2016, TVN produced the first football match in Bundesliga history and the first UEFA Champions League game in Germany in the format UHD and thus marked the beginning of a new era of football live broadcasting on the German market. Since then TVN has been producing UHD signals at Bundesliga football and UEFA Champions League matches on a regular basis.

TVN MOBILE PRODUCTION is one of the top providers when it comes to outside broadcasting major TV events such as sports, music festivals, concerts, and shows around the world. From flightpack solutions with up to three directing areas to SNG modules and 100-camera productions: TVN MOBILE PRODUCTION has one of the most advanced OB-technology pools all over Europe. National and international customers have been relying on TVN know-how und TVN equipment for more than 30 years. Very well versed specialists execute demanding projects extremely competent and make TVN a popular supplier and partner when it comes to developing and implementing innovative technological solutions. A company of TVN GROUP Film & TV Production, based at ten locations in Germany and Austria.