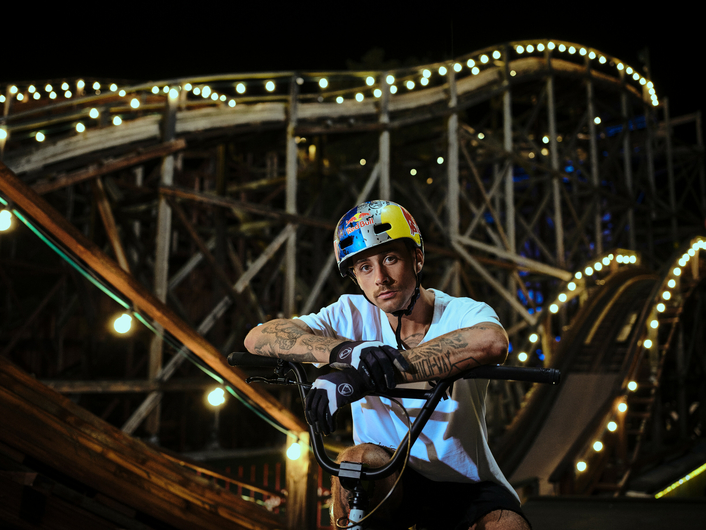 Kriss Kyle has starred in memorable projects such as Kaleidoscope and his helicopter drop onto the roof of the iconic Burj Al Arab Jumeirah hotel in Dubai. For his latest escapade he travelled to bike-mad Denmark where he was given free rein to ride whatever he wanted.

- Kyle got the opportunity to ride through the laid-back country known as one of the happiest worldwide, where the average person bikes more than 500km a year.

- The 27-year-old's project took months of planning, weeks of shooting and more months of editing with director Matty Lambert a crucial part of the process. 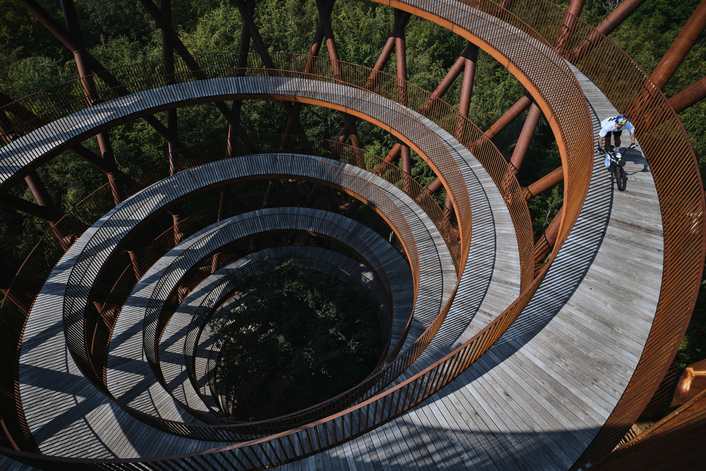 - His three-week journey with VisitDenmark saw him travel to the likes of Copenhagen, Aarhus, Jutland, Løkken, Falster Island, Møn Island and Klampenborg and perform tricks like paragliding with his bike onto a beach, ride in an underwater aquarium with sharks and take his bike on rollercoasters, cliffs, boats and planes. 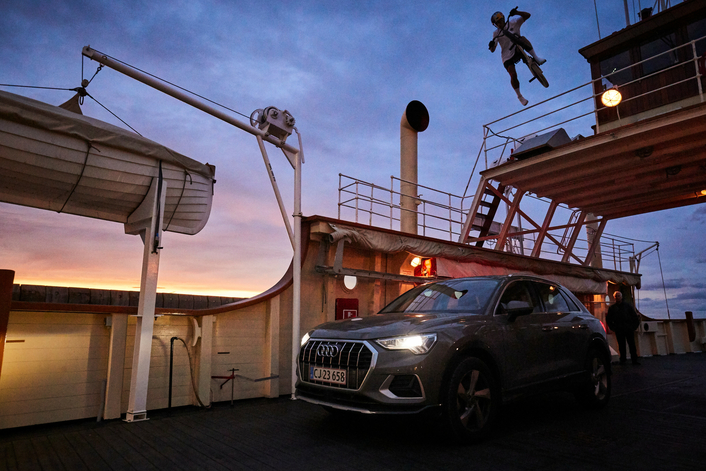 - Lambert said: "Projects like this are super enjoyable. We get to do things that we wouldn't necessarily be able to do, if it had just been me and Kriss going out there. We found ourselves on the top of an aquarium roof where they had a perfect shaped quarter pipe." 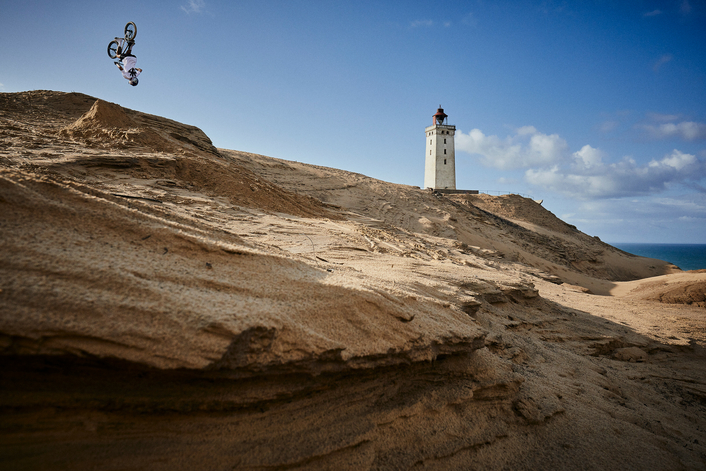 Here is what Kyle had to say himself about his latest dream project:

What is your impression of Denmark after touring most of the country?

I had been to Copenhagen before and I loved every second of it, but I was absolutely blown away with how many beautiful sites and landmarks there were once we left Copenhagen behind. I’ve never been to a city before and been able to ride any spot without getting hassled by people saying, 'You can’t ride that or this', where as in Denmark it was the total opposite. My type of people. Always smiling. I mean where in the world would the owners of the world's oldest fairground be completely cool with hammering up wooden boards so I could ride it? Some of the people we met even suggested that I could ride the roofs on buildings! 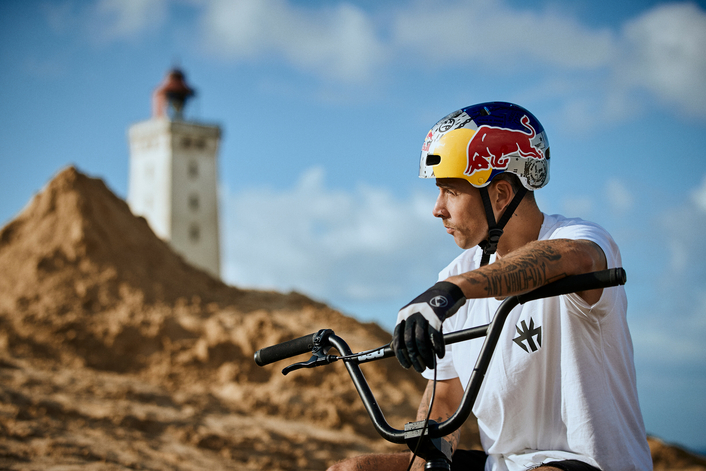 Raceplane flight reveals wonders of Balaton
How League of Legends rose to the top of professional esports
Invisible infrastructure: the future of live production