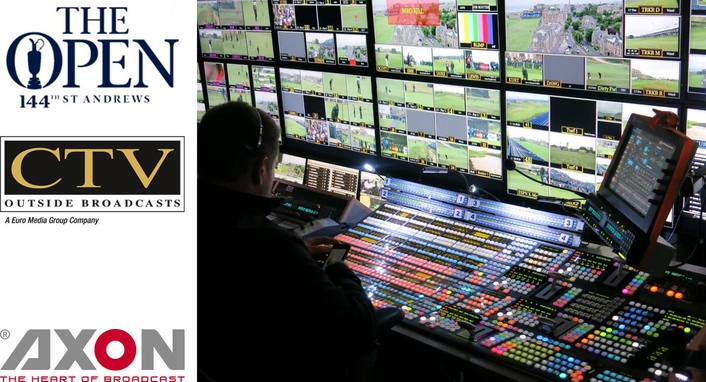 For the second year running, CTV was responsible for live mobile production services for both IMG Media/ESPN and The Golf Channel.  To meet the demands for wider coverage, the team drew on lessons learnt in 2014 to improve the workflow and established Cerebrum as the nerve centre for routing control for this year’s event.

Hamish Greig, CTV OB's Technical Director, says: "Due to the scale of this production and the increased number of sources and destinations, particularly on the ESPN side, we needed to simplify the operation and make it more manageable. We worked hard to improve the flow of information on the technical front, and brought Axon's Cerebrum into the heart of the workflow to support us. It’s perfectly suited to this complex production environment and gave us much smoother control over elements such as tally, UMD and cameras.  It truly was the nerve centre of the production.”

Live broadcasts, especially complex productions that involve a fleet of Outside Broadcast vehicles, benefit hugely from an 'always on' control and monitoring system that can deliver comprehensive system management in an easy and operator-friendly way.   By linking together all the main broadcast equipment from major manufacturers, Cerebrum's advanced functionality and broad range of features simplifies multi device control onto one easy-to-use interface. It supports a wide range of devices including routers, production switchers, servers, audio desks, camera control units, receiver decoders, multiviewers and waveform monitors – using either SNMP (Simple Network Management Protocol) or third party protocols. 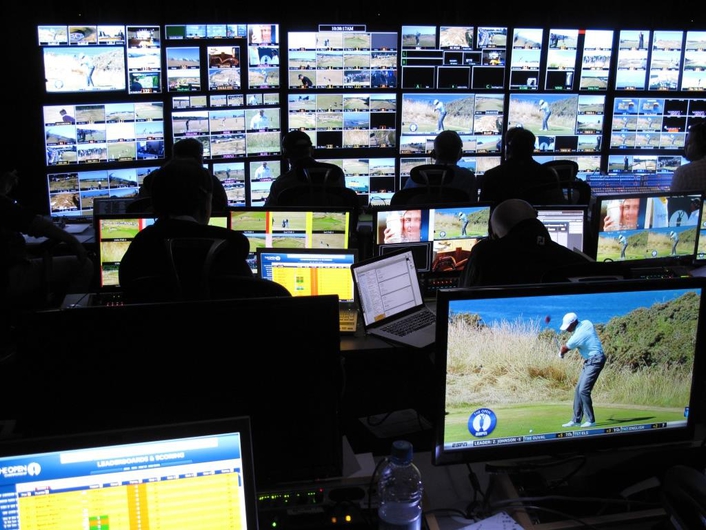 CTV has equipped two of its OB trucks with Cerebrum and both of these vehicles were integral to the production of the championship at St Andrew’s.

"Primarily, we used Cerebrum for tally, UMD and multi-viewer control and monitoring, remote colour balance and the control of both the bunker cameras and the Panasonic pan and tilt cameras," Greig explains. "In total, the system supported 80 external sources, each individually pre-set on the panel. This meant that just one operator was able to manage set-ups, signal routes, QC, tally and multi viewers in a very smooth and efficient way. Cerebrum enabled our engineer to achieve tasks in minutes that previously would have taken hours to complete – that’s impressive."

Adrian Richmond, Axon’s Director of Sales UK and Africa, says CTV OB is just one of a number of broadcast companies that are realizing the benefits that Cerebrum can bring to their productions.

"The Open is a great example of how Cerebrum can make light work of large, complex events by integrating seamlessly with other technology, providing reliable, scalable and flexible control and monitoring, simplifying workflow and significantly reducing the workload," he says.

Cerebrum is fast becoming the control solution of choice for mobile production, news and studio live production, master control and remote production, with recent installations including Indonesia's 24-hour news channel Metro TV and News UK, which has installed Cerebrum in its state-of-the-art broadcast facilities in London. 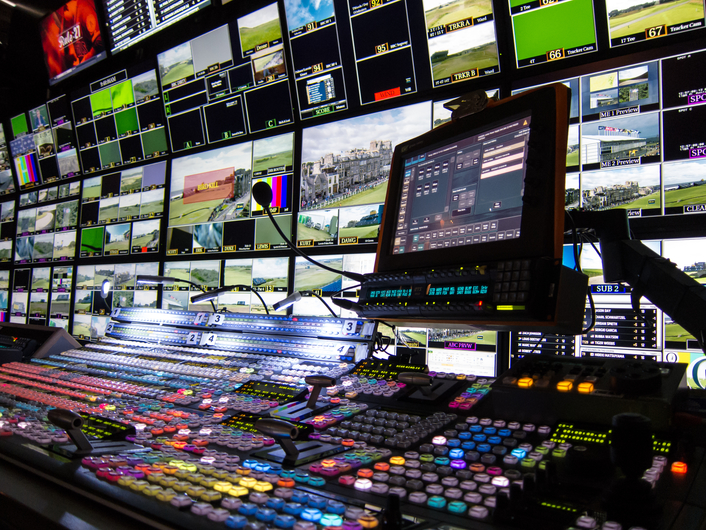 Now that the Open is over for another year, CTV will be deploying Cerebrum with its OB11 production unit to cover the 2015 Ashes test match cricket series and with OB3 to deliver coverage of the upcoming Barclays Premier League football season for BBC’s The Match of the Day. Later this autumn, Cerebrum will also be helping other production companies make light work of top sporting fixtures, including Gearhouse at the US Open tennis at Flushing Meadows and Timeline’s 4K production of BT Sports UEFA Champions League coverage.

About Axon
Headquartered in The Netherlands, and with offices across the world, Axon develops, manufactures and markets high quality broadcast equipment for the conversion, processing and compliance recording of audio and video signals. Products integrate advanced signal processing techniques, innovative engineering and modular flexibility and provide high quality, affordability and reliability within mission-critical broadcast applications.