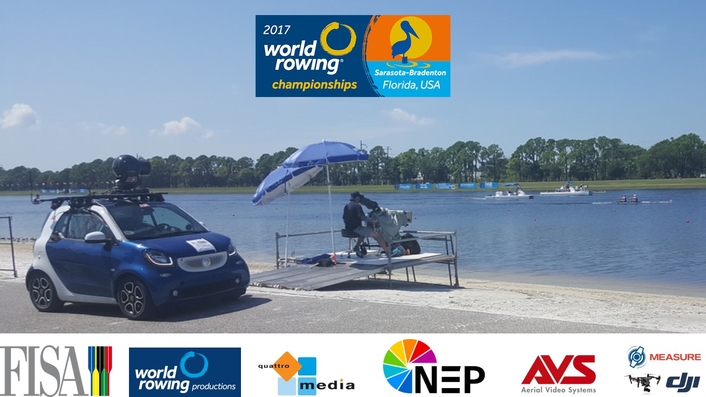 quattro media host broadcaster for the World Rowing Championships with the support of NEP, AVS and Measure in Sarasota/Bradenton, Florida using Cineflex Gyro tracking systems and – for the first time – Live-Drone integration

The 2017 World Rowing Championships, the ultimate rowing event and season highlight, governed by the World Rowing Federation FISA, were hosted at the Nathan Benderson Park, a new setup water-event location in Sarasota/Bradenton, Florida USA. With this championship the biggest international rowing event returned to the US after more than 18 years. More than 900 athletes were competing for the title of World Champion.

NEP rolled out its TS2 (A and B) mobile unit and a crew of 37 (along with 21 members of the World Rowing Crew) for the production. The 19-camera complement included 11 hard cams (including a super-slo-mo), three handhelds, one handheld in a studio configuration, two Cineflex stabilized cameras (provided by Aerial Video Systems), and a DJI Inspire II drone (provided by Measure).

Instead of using a helicopter and/or wire-based aerial camera system, as is customary with rowing coverage, NEP enlisted Measure to deploy a drone camera system. The drone’s ability to change elevation from a top overview to a water-level shot created dramatic views of the outdoor venue, while also serving as a more cost-effective solution than a helicopter or wire-based system. 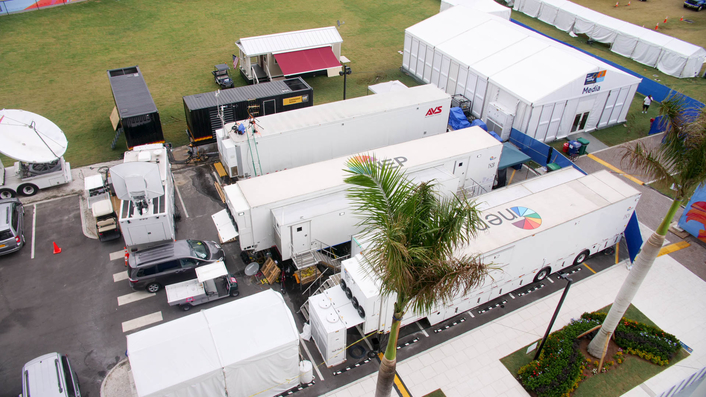 The 2,000-meter course required primary cameras to be located on a wave attenuator or single-lane floating road that stretched approximately 1,500 meters. In addition to four camera towers built on the road, two tracking vehicles and a commentary vehicle operated on the road as well. 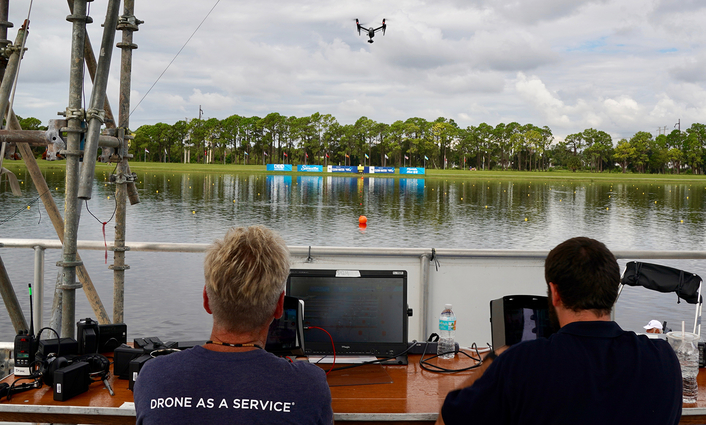 The cameras located at the Start Aligner position and the Finish line required a lens modification and Vinten Vector 950 active head provided by Swiss Timing. The data from the lens and head was transported via the tracker-data port on the Sony HDC-2500 camera to the CCU in TS2 and then connected to the Swiss Timing computers, allowing virtual graphics to be inserted into the coverage. 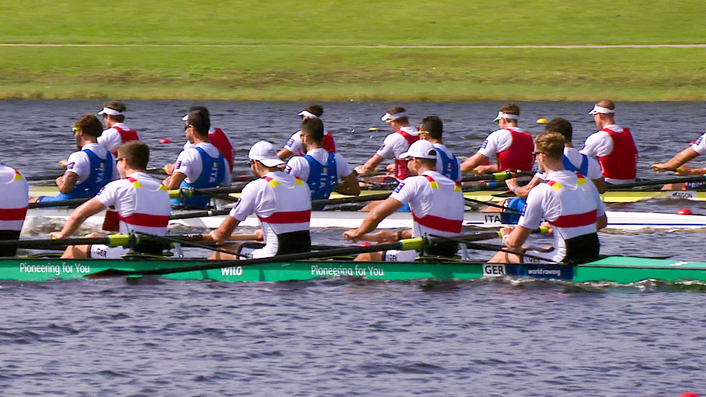 NEP partnered with AVS (Aerial Video Systems) to design a Cineflex stabilized camera system/vehicle that met both the needs of the coverage and the load limitations. The first vehicle was an ATV deployed to accommodate the small jib, jib operator, camera operator, and driver along with RF gear. The other vehicle was a Smart Car with a roof-mounted Cineflex and the operator and driver inside. The tracking cameras needed to follow the race from start to finish and be able to return to the start for the next race in a limited time. 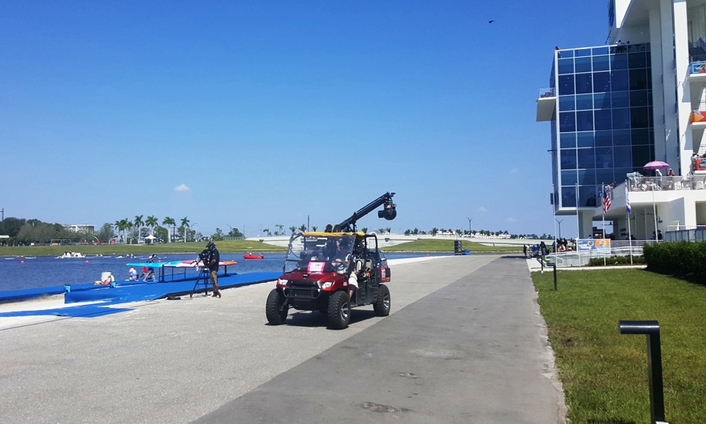 Read the Case Study at http://www.live-production.tv/case-studies/sports/quattro-media-gets-creative-drone-and-cineflex-cams-fisa-world-rowing