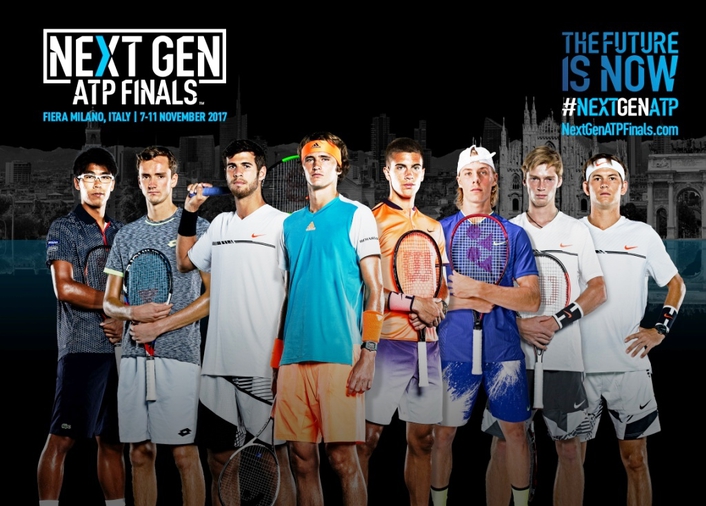 ATP and ATP Media today announced that Amazon Prime Video is now an official streaming partner of the ATP World Tour.  The new deal covers the worldwide distribution of the Next Gen ATP Finals through Amazon Prime Video.

Starting in 2017, Amazon will have worldwide OTT rights (excluding China), and the full exclusive rights in the U.S., to distribute the Next Gen ATP Finals, outside of ATP’s OTT channel, Tennis TV. This new event, held in partnership with the Italian Tennis Federation and the Italian National Olympic Committee, takes place from 7-11 November in Milan and will showcase the very best men’s tennis players aged 21-and-Under, as well as introducing many new innovations to the game.

The deal, which expires at the end of 2018, includes a commitment from Amazon to show all Next Gen ATP Finals matches produced by ATP Media.  ATP has also produced three documentaries that will air on Amazon Prime Video. The documentaries take fans behind the scenes, tracking many of the #NextGenATP players as they battle to make the cut for the inaugural event later this year. As well as giving fans unique access, the documentaries also feature exclusive interviews with some of today’s top players, who offer their insights into the future stars of the sport.

This deal will provide an international reach for this new and innovative tournament providing a global audience for the tennis stars of the future.

Chris Kermode, ATP Executive Chairman & President, said: “Innovation is at the heart of everything we’re doing with the Next Gen ATP Finals, and the way in which we present and broadcast the event is central to that. Our agreement with Amazon will give this year’s inaugural tournament in Milan an international reach in a digital space that is only becoming increasingly important in the world of sport & entertainment.”

“We know live sports attracts a passionate fan base, many of whom are Prime members," said Greg Hart, Vice President of Amazon Video.  “We are thrilled ATP has awarded distribution rights to Amazon, showing their commitment to streaming live sports.”

Stuart Watts, COO ATP Media, added: “The synergies between a global brand such as Amazon and the future of our sport being showcased at the Next Gen ATP Finals are clear for all to see.  This is an exciting deal that will not only bring great coverage for the Next Gen ATP Finals but will also offer a huge boost to the global reach of tennis.”

About the Next Gen ATP Finals
The Next Gen ATP Finals is the season-ending tournament for the world’s best 21-and-Under players. The tournament features the best seven qualified players of the season (as determined by the Emirates ATP Rankings on Monday 30 October, 2017), plus one wild card, battling for US$ 1.275 million in prize money over five days of competition. As well as providing a platform to promote the stars of tomorrow, the tournament will also provide an opportunity to trial new rules and innovation in the sport. The event, run in partnership with the Italian Tennis Federation and the Italian Olympic Committee, is set to take place in Milan through 2021.

The ATP is the governing body of the men's professional tennis circuits - the ATP World Tour, the ATP Challenger Tour and the ATP Champions Tour. With 64 tournaments in 31 countries, the ATP World Tour showcases the finest male athletes competing in the world’s most exciting venues. From Australia to Europe and the Americas to Asia, the stars of the 2017 ATP World Tour will battle for prestigious titles and Emirates ATP Rankings points at ATP World Tour Masters 1000, 500 and 250 events, as well as Grand Slams (non-ATP events). At the end of the season only the world’s best 8 qualified singles players and doubles teams will qualify to compete for the last title of the season at the Nitto ATP Finals. Held at The O2 in London, the event will officially crown the 2017 ATP World Tour No. 1 presented by Emirates.