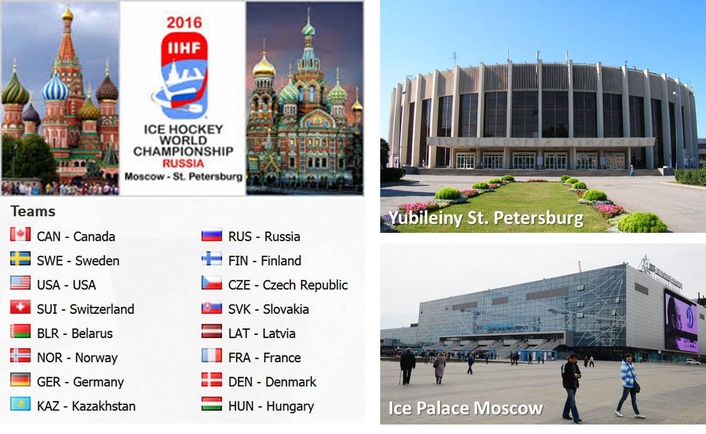 When the 2016 IIHF Ice Hockey World Championship in the Russian cities of Moscow and St. Petersburg faces off on 6 May, it will be followed by fans in more than 160 territories on more than 100 television stations and internet platforms, and supported by a contingent of 13 high profile sponsor brands. Once again, the exclusive media and marketing partner for the IIHF Ice Hockey World Championship, Infront Sports & Media, has ensured top profile exposure worldwide on both the media and marketing ends for the flagship winter sports event.

Billions of fans watch worldwide
Last year, the cumulative TV audience surpassed the 1 billion mark for the first time – reaching over 1.1 billion worldwide, it received more than 5,500 broadcasting hours across the globe. As the biggest event in Russia ahead of the 2018 FIFA World Cup™ and with new territories added to the list of broadcast partners, figures are expected to remain at least consistent for 2016. 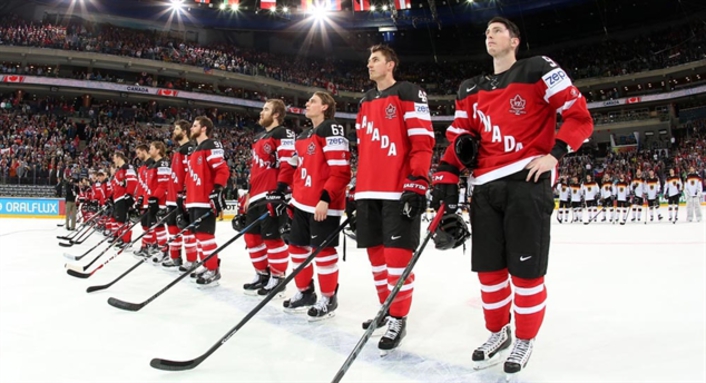 Non-traditional ice hockey markets show growing interest in ice hockey on a global level; amongst them Singapore-based Singtel and Philippine-based Solar Sports, which are broadcasting the tournament for the first time. In addition, agreements in the traditional ice hockey markets remain steady with the games broadcast in Canada on TSN, in the Czech Republic on Czech TV, in Finland on MTV3, in Russia on Channel 1 and Match TV and in Sweden on TV4.

More than 20 cameras per game
Managed and co-ordinated by Infront’s production team, over 20 cameras around the ice rink – including two super-slow-motion-cameras, in-goal and overhead centre-circle cameras – will ensure the full host broadcast operation.

The HDTV signal will be produced by one HD OB van in each arena and distributed worldwide to all broadcasters via fibre and satellite. In addition, Infront will be providing support for broadcasters in their unilateral production, as well as with transmission and commentary facilities together with the provision of live statistics and additional services.

Innovative TV experience: Animated player profiles and Spidercam coverage
As an innovation for 2016, short high quality profile videos (as opposed to still photos) of each participating player will be produced and included into the graphics team line-ups before the start of each game - as well as made available to all rights holders for unilateral use in their 2016 IIHF Ice Hockey World Championship TV studio shows.

Additionally, a Spidercam camera system will be used to provide new perspectives and viewing angles of the game. After successfully using it at the Champions Hockey League Final in Oulu, Infront will introduce the Bowcam for the Final weekend. The cable suspended aerial camera provided by Spidercam travels along a point-to-point path with the added advantage of being able to alter its height freely. 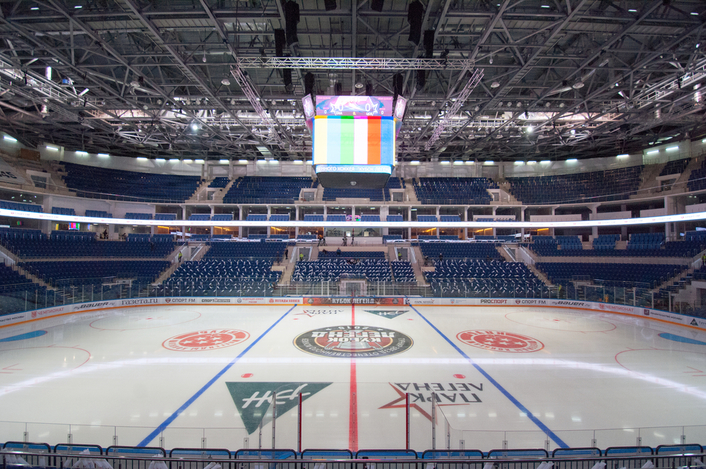 Global sponsorship partners extended to Belarus and Italy
In a first for 2016, the continued global appeal of the platform has been confirmed once again, attracting two new countries for the dedicated international sponsor contingent - Belarus and Italy.

The international sponsors are each benefitting from a comprehensive rights package, receiving global television coverage alongside diverse activation and promotional opportunities – including over 2,500 meters of advertising boards and backdrops.

Adding even further appeal, the teams will play in the brand new Ice Palace in Moscow to a capacity of 12,000 spectators and in St. Petersburg in the newly renovated Yubileiny stadium to a crowd of 6,000.

Comprehensive digital strategy
Last year, social media records were smashed with a strong focus on short form video content. Created to go socially viral, it resulted in a total of 11.6 million video views during the tournament. For 2016, the digital initiative has been extended to include: pre-game warm up campaigns to raise interest and engagement ahead of the competition as well as new services for the fans through the dedicated IIHF Fan Guide App – which provides useful travel, transportation, venue and logistical information. Furthermore, viral campaigns - such as user generated campaigns - to engage fans throughout the tournament are extending interest even further, while the popular Russian social networking service VK.com has been added to social platforms such as YouTube, Facebook, Instagram and Twitter.

About Infront Sports & Media
Infront Sports & Media is the most respected sports marketing company in the world, managing a comprehensive portfolio of top properties. Led by President & CEO Philippe Blatter, Infront covers all aspects of successful sporting events – including distribution of media rights, sponsorship, media production and event operation – and has won a reputation for its high standards of delivery. As the number one player in winter sport and with a leading role in football, summer and endurance sports, Infront enjoys long-lasting partnerships with 170 rights-holders and hundreds of sponsors and media companies. Headquartered in Zug, Switzerland, Infront has a team of more than 900 experienced staff working from over 35 offices across more than 15 countries, delivering 4,100 event days of top class sport around the world every year. In November 2015, Infront was integrated into Wanda Sports Holding, part of the Chinese conglomerate the Dalian Wanda Group.