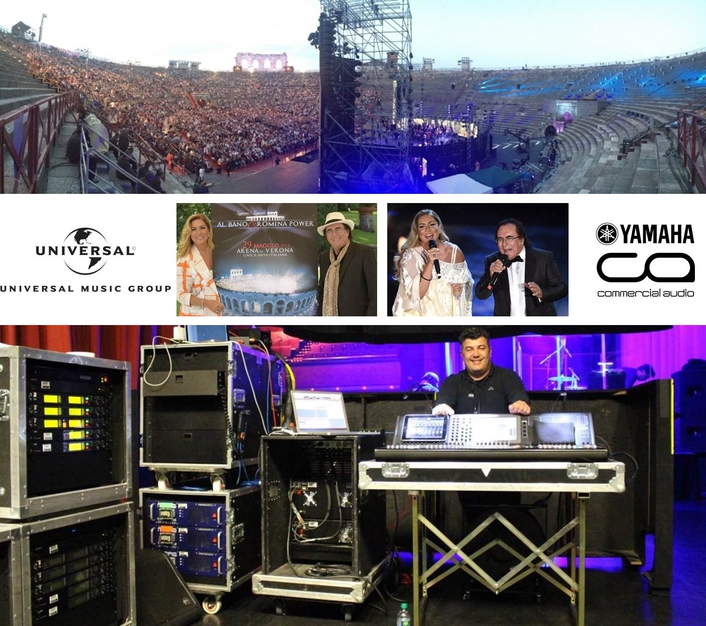 This autumn one of Italy’s best-loved pop acts, Al Bano and Romina Power, released their first album in 20 years. The multitrack recording for The Very Best - Live aus Verona was made on Steinberg Nuendo Live, via monitor engineer Francesco Spadaccino’s Yamaha CL5 console and Rio3224-D i/o units. It was the first time that a major label album release has been recorded in this way.

Released on Universal Music, the album was recorded at the duo’s Arena di Verona concert in May. The show was also broadcast live on Rai 1, Italy’s premier national television channel.

Francesco has worked with Al Bano for many years and has used many digital mixing consoles. His favourite is undoubtedly the CL5. “My job is to keep the artists on stage happy and the CL5 is always my first choice to achieve that,” he says.

He continues, “This show was huge. We had a 48-piece orchestra, seven-piece band and 16 special guests singing with Al and Romina in a two hour show, which had the added pressure of being broadcast live. I had a heavy workload and the CL5 made a potentially very stressful show manageable. The Arena di Verona has a massive stage and being able to operate the console with the StageMix app really helped to make it a success. And I love the Premium Rack!”

The production had a day for setup, another for rehearsal and the third was show day. Unlike most live albums, which are usually recorded on multiple shows during a tour, Francesco only had one chance to get it right.

“Nuendo Live is an invaluable tool for virtual soundchecks and produces the best possible sound quality, so using it for the live album multitracks was a no-brainer,” he says. “It is incredibly easy to setup - we are always just a few clicks away from a very reliable 64 track recording. In terms of both audio quality and simplicity it has revolutionised live recording.”

In addition to the stage microphones and DIs, Francesco set up four ambient microphones to capture the feel of the sold-out audience. The album was mixed at Al Bano’s own studio in Cellino San Marco, Italy, by Alessandro Vanara. 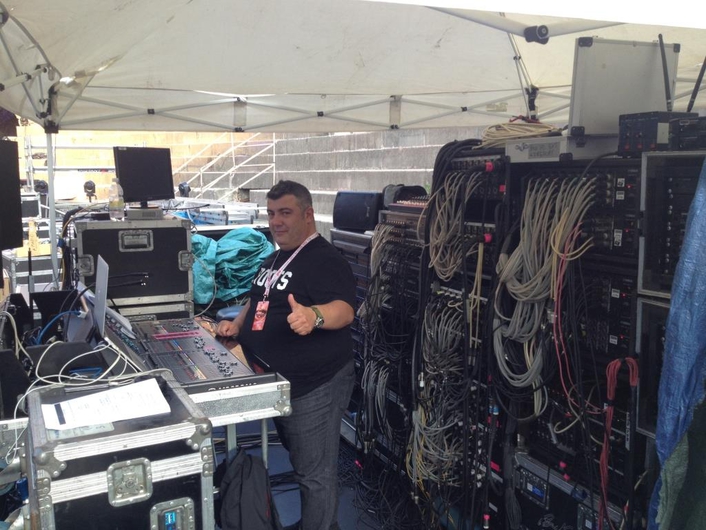 “The microphone preamps of the CL system are excellent and the quality of the recorded tracks was absolutely pure. The artists, engineers and record company were all really impressed,” he says. “A few years ago such a project would had needed a big budget to make a 64 track recording and there were tremendous practical difficulties in recording with no loss of audio quality at the end of a 100m long multicore.

“The combination of the CL5, Dante and Nuendo Live means there is no need for expensive additional hardware or audio interfaces. All you need is Dante Driver/Controller, Nuendo Live, One CAT cable connected to any laptop…and that’s it. Amazing! Nowadays, the internal hard drives in most laptops are more than capable too. It’s so easy that any engineer can do their own multitrack recording and virtual soundcheck.”