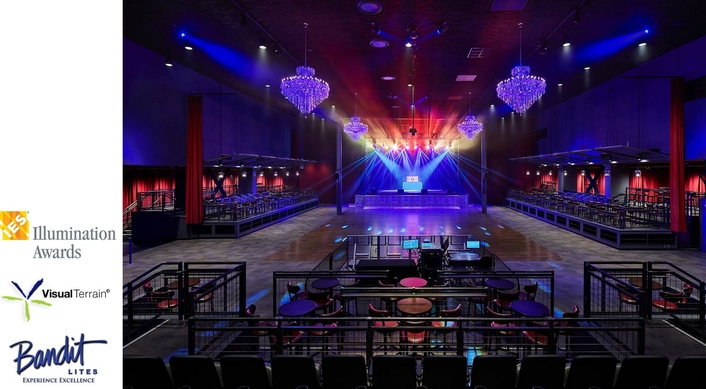 Bandit Lites is proud to announce it has been honored with the Award of Merit from the Illuminating Engineering Society’s Chicago Section for its work on The
Fillmore New Orleans with Visual Terrain, Ewing Cole and LiveNation. The IES Illumination Awards program “recognizes individuals for professionalism, ingenuity, and originality in lighting design based on the individual merit of each entry.”

Located on the second floor of Harrah’s New Orleans casino, The Fillmore New Orleans is a 2,200-person music venue with its own cultural flair on the iconic San Francisco club including wrought iron, local art and a large LED neon fleur-de-lis. 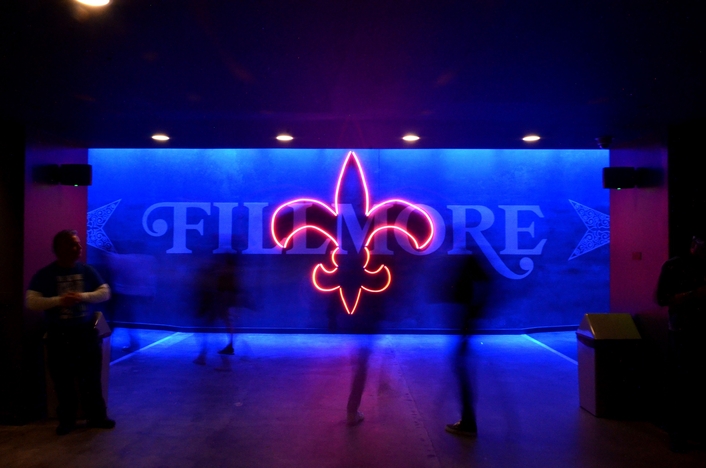 Bandit Lites Systems Integration team worked with Principal Lighting Designer Mike Mahlum of Visual Terrain to ensure that the meticulous design was executed as planned at every step of the construction process.

“Bandit saw the design through to the end,” explained Installation Project Manager John Jenkinson. “We were working through things on site; our team made sure the lights were installed correctly, performed as the designer intended and the design stayed true all the way to opening night.” 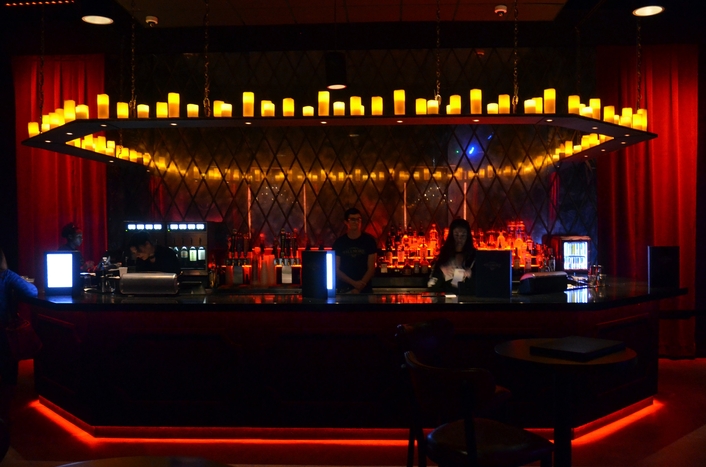 Due to Bandit Lites extensive experience in live venue operations, our team was especially equipped to design, install and program the lighting controls systems for both stage and architectural lighting. These systems give the Fillmore New Orleans the flexibility to use their spaces for a variety of events from national touring artists to local special events while still highlighting the unique décor. 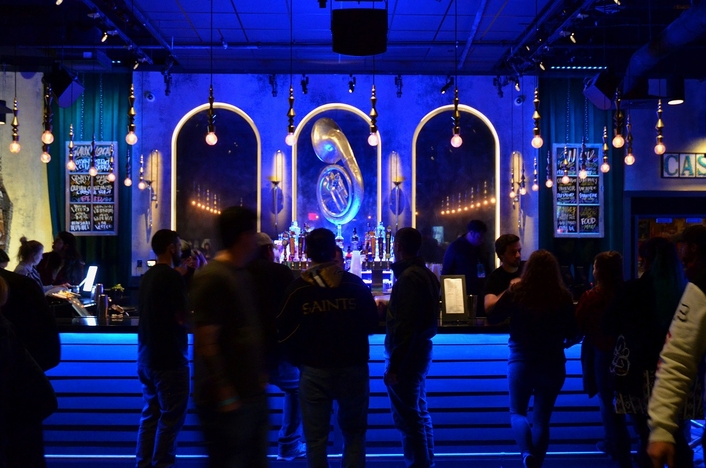 "Without the work and help from Bandit, who was our eye and ears on the job site as well as the system designer, the level and complexity as well as polish that the project represents, though still present, would have not been as complete,” said Mahlum. “Our partnership provided advantages not only to each other, but also to the end user who will be using the space for many years."

Within the main music hall room and VIP club BG’s Lounge, guests will encounter lighting that elevates their experiences and the environment around them, whether it’s the illuminated, twirling sousaphone on display at the lobby bar or the custom chandeliers that can only be found flanking eye-popping artwork.

Every light in the venue is LED, down to the decorative fixtures, and the attention to detail poured into the space range from keeping the high-concept aesthetic look consistent (down to masking the emergency lights) to choosing local artisans and crafts people to create the sconces that evoke the French Quarter. 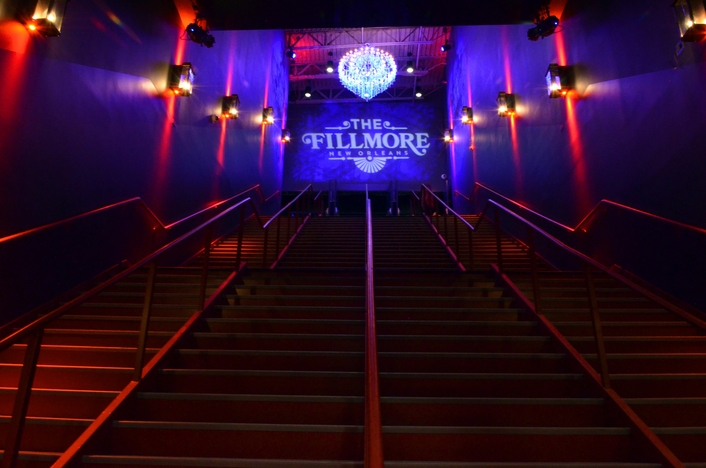 “The entry portal is one example of an area that was very planned out,” said Mahlum. “All the lights flicker which helps to pull you into the historic nature. We then add the extreme color, that was a part of the concept from the architecture from the start which took it to the next level.”

“Visual Terrain is so honored to be a part of this team and we couldn’t imagine a better client and design partner than Bandit Lites,” said Lisa Passamonte Green, CEO of Visual Terrain. “Our work with them and the Live Nation team is always so rewarding.”

“It is great to be recognized for the whole while I’ve been sitting there in the minutia of it,” said Jenkinson. “There’s a certain art to these music venues that doesn’t have to be there,” he added, “it is not required- but this space is an art piece.” 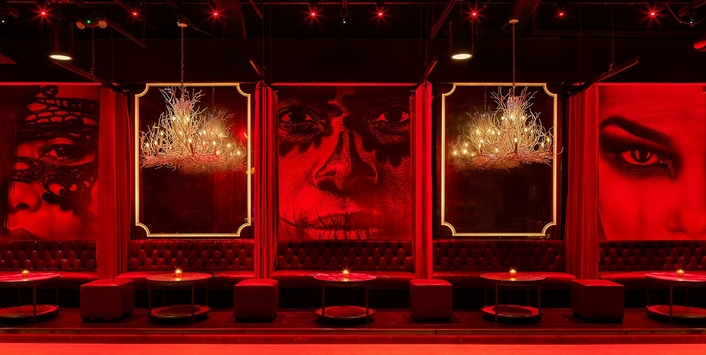