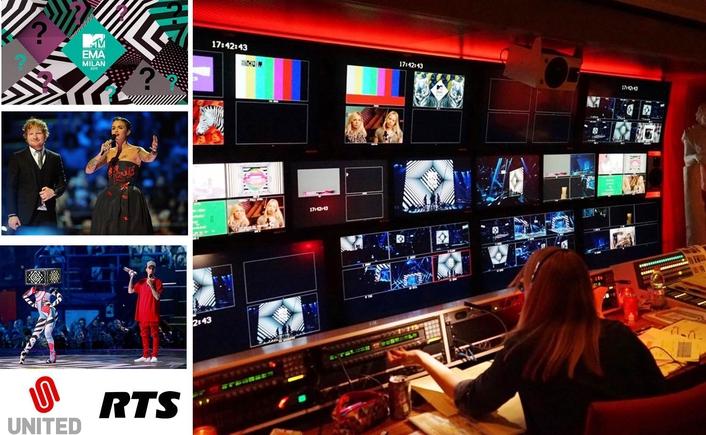 Few award shows can rival the MTV Europe Music Awards when it comes to prestige and size. Numerous international superstars crowd the red carpet and each high-profile performance seeks to create a memorable show. Millions of music fans worldwide had their eyes on the award show stage at the Mediolanum Forum near Milan, Italy, and experienced live performances by music idols including Justin Bieber, Pharrell Williams and Ed Sheeran. 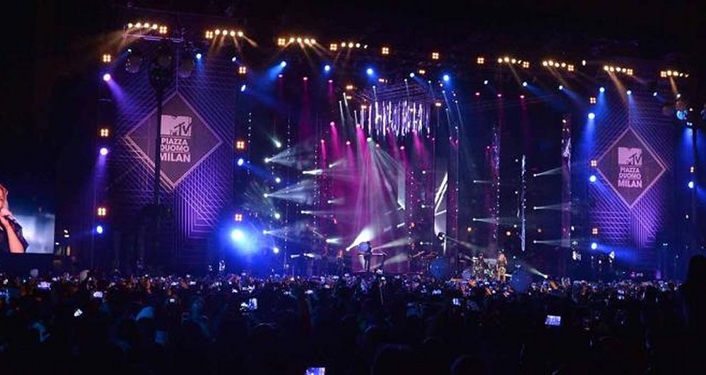 To ensure that viewers around the world received a seamless broadcast of the live event, the organizers relied upon United. “With millions watching, you simply can’t have anything go wrong,” says Hilbert Flokstra, United’s Senior Audio and Intercom Engineer. And flawless communication is crucial for a smooth operation. “You can have all the impressive lighting, dramatic shows and international stars you like – without communication between cameramen, sound engineers, broadcasters and the director, a broadcast simply isn’t possible.” To ensure the event would go off without a hitch, United relied on RTS intercom equipment for all of its five on-site OB trucks.

ADAM and CRONUS intercom matrices and color display keypanels from RTS helped to secure flawless communications
The five trucks provided coverage across multiple locations – including the red carpet, the show itself and a remote stage in the center of Milan. Ensuring communication in all five trucks were ADAM and Cronus intercom matrices as well as color display keypanels from RTS.

The result, according to Flokstra, was outstanding. “On the big day we delivered a flawless performance – thanks to a perfectly trained team and the efficiency, intuitive operation and reliability of RTS equipment.”