TSL Lighting Turns it On for Magic Mike Live Australia 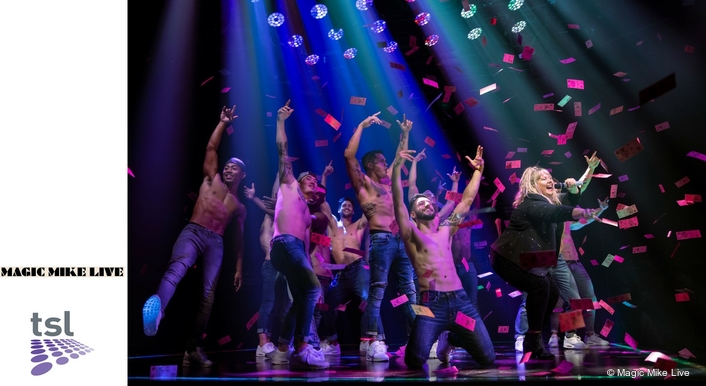 In contrast to its runs in London, Las Vegas and Berlin, the Australian production takes place in a specially designed Spiegeltent, named The Arcadia. For the Sydney dates, The Arcadia has been constructed in the city’s Entertainment Quarter in Moore Park. Within this ‘circus-like’ venue, the production team has created an immersive lighting experience that complements the energetic, exhilarating dance routines performed in the show. All of the action is performed in the round, facilitating acrobatic routines and synchronised 360-degree dance spectaculars that envelop the audience. 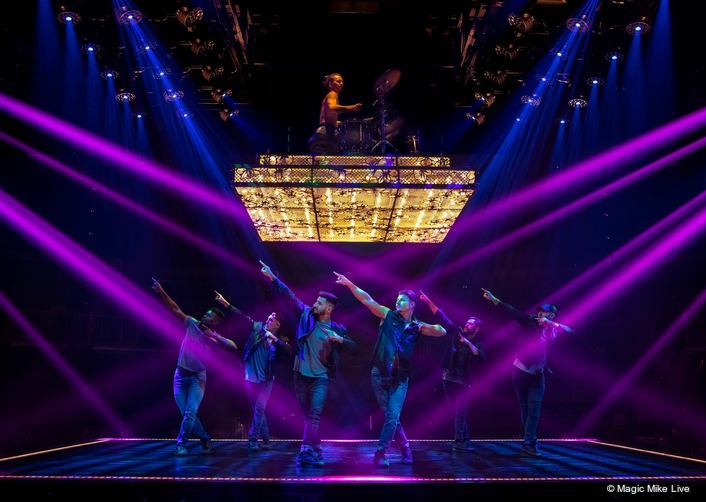 Gladwell, who has designed all versions of Magic Mike Live around the world, worked with TSL Lighting to specify the sizeable lighting rig, which uses some of the most powerful LED technology on the market.

“Gaz Clowes is our very talented and very hard-working Production Electrician, and he introduced me to TSL as he had worked with them on some projects before,” says Gladwell. “With a huge rig to source and supply, this was a challenging project in terms of lighting. I had a large wish list and some of the fixtures I wanted were non-negotiable, but TSL completely understood this and simply sourced them ready for use.

“Right from the start, it was clear that TSL really cares - it never felt like a business transaction, far more like they were an integral member of the lighting team for Magic Mike Live Australia, offering incredible attention to detail and literally world-class support.” 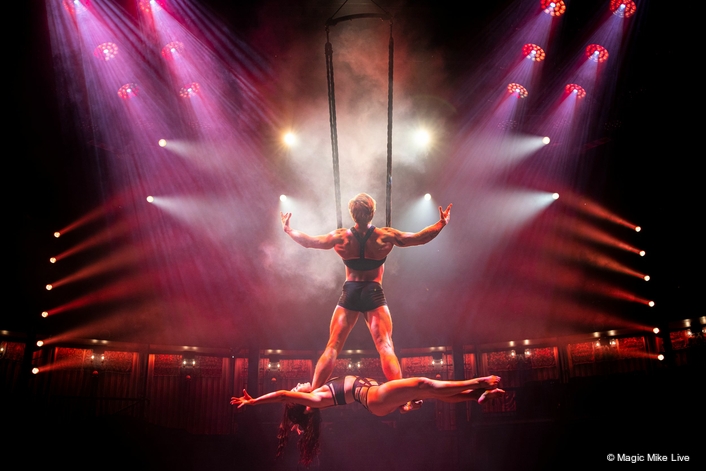 The team is using a number of products for the first time on the Australian version of the show, including High End SolaFrame and Coemar LEDko fixtures. “We really like the SolaFrames,” says Gladwell, “and TSL's in-house LED profile of choice, the Coemar LEDko, I had not used before but have no complaints about them in the field.”

Elsewhere in the rig, the team is using Robe Spiiders, which form a ceiling piece over centre of the room/main stage. This rig can ‘slice’ in half to allow scenic items to fly in and out and is pixel mapped to create impressive effects. The other main fixtures include Robe MegaPointes, which powerfully cut through the rest of the rig for effects, GLP X4 Bar 10s, and Martin RUSH PAR units. The dancers are tracked using a BlackTrax system for followspots and the show is controlled via an ETC EOS Ti, with Programmer Liam Jones at the helm. The show is predominantly run on timecode, to cope with the large number of very complex cues.

“It's been great to work with Phil and Gaz, we've really enjoyed having the chance to properly welcome them to TSL and to put this show together,” says TSL Account Director, Loz Wilcox. “It's also been a real boost to our team spirit seeing venues in Sydney reopen and to see shows back on stage, which is a great indicator of progress for all of us.”

Magic Mike Live Australia is scheduled for a six-month run in Sydney, before moving to Melbourne in June 2021.