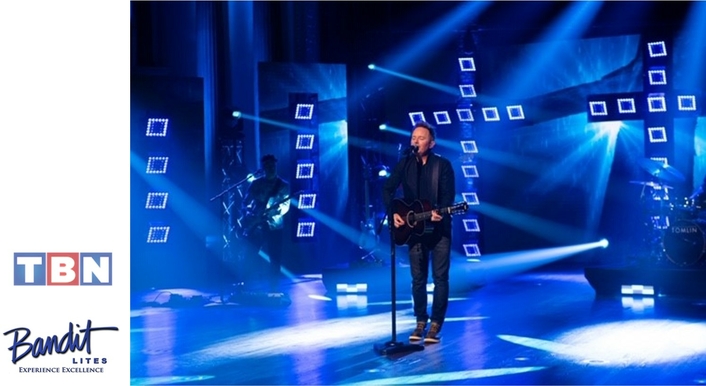 Christian artist Chris Tomlin and best selling author and pastor Max Lucado joined with other contemporary Christian musicians for “Good Friday Worldwide,” a worship service that aired on Trinity Broadcasting Network April 2. Bandit Lites supplied a lighting system for the program, which was simulcasted to the radio by K-LOVE and Air1, in addition to 30 other radio stations across the country.

"We deeply need the message of Good Friday this year,” said Max Lucado in a statement to The Christian Post. “The last months have taken their toll on our emotional strength, relationships, and stability. The Good Friday message is much needed and welcomed this year.”

Lighting designer Brad Hill, who had previously worked with Shawn Lear at Bandit Lites on regular and special programs at TBN, sought to create a unique Easter themed design within the Huckabee Theater at TBN. Three crosses with intelligent fixtures were configured as the main focal point, but needed to blend in with the upstage video display. 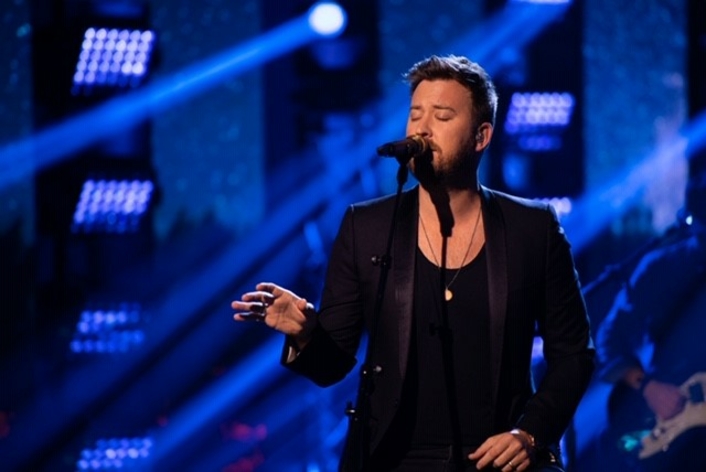 “We were looking for something that could resemble a cross during speaking portions of the show, but could also break into dynamic effects for music,” explained Hill. “After chatting with Shawn Lear from Bandit, we decided to go with the good old Ayrton Magic Panels. Their dimensions fit within the LED Wall spaces just right, and one of our two console operators, Dayne DeHaven, ran the Magic Panels using Madrix.”

“Brad trusted Dayne DeHaven’s experience to rig, power and ensure the crosses were close enough to fill in the video display cut out while simultaneously be able to fully pan and tilt flawlessly,” said Lear.

“We utilized more LED panels than we ever have before because the goal was to let the LED content drive the feel of the songs while accenting the movements of the music with our intelligent fixtures,” said Hill. “I feel like we were able to tie in the fixtures to the wall pretty seamlessly. The versatility of the Magic Panels was nice because we made the crosses really punch and stand out on bigger musical moments, while allowing them to blend
into the wall during more subtle moments.” 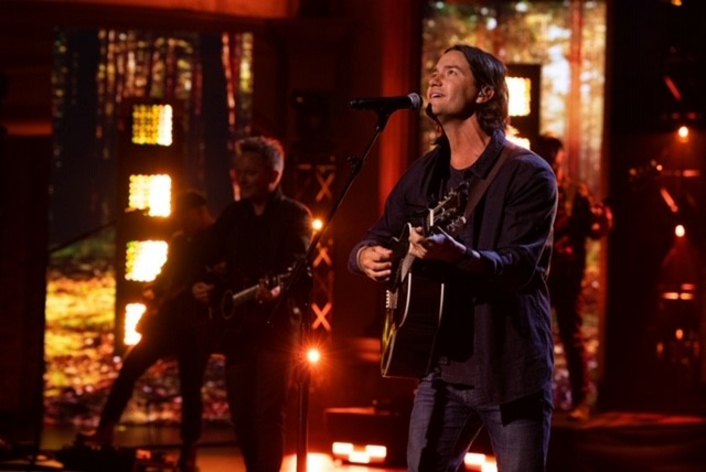 “With so much LED Wall content driving the show, we needed a fixture that could punch through the competition of the LED wall intensity,” said Hill. “The Smarty’s are compact, energy efficient, offer a 1 degree to 33-degree beam, can color mix, and have nice prism and gobo options. Pre-COVID, the show was typically done in a large arena with thousands of fans. Now in a smaller theater, the twenty Smarty’s were just what we needed to create that big show feel in a smaller space.”

Good Friday Nashville has sold out each year since its inaugural 2017 concert, where it smashed attendance records as the largest ticketed Christian concert in the history of Bridgestone Arena. While the show was recorded in a smaller venue, Hill sought to still bring that epic, larger than life feel.

“There are always challenges when you're trying to push the limits of a room, and we definitely pushed the data and power limitations further than we ever have,” Hill said. “Robert Hickman, Bill Jackson, Dayne DeHaven, John Taylor and Andrew Benson did a great job of managing the overall rigging, power and data distribution.”

“Shawn and the guys were great,” finished Hill. “The gear was prepped and pristine as usual; they are a pleasure to work with.”