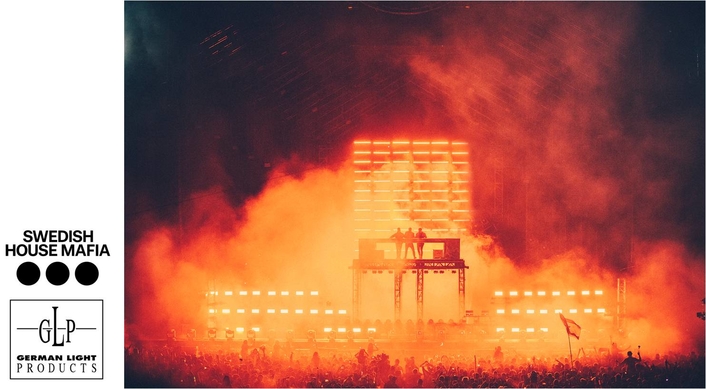 When Swedish House Mafia (SHM) decided to reform after five years, providing the Ultra Music Festival in Miami with its surprise headline act, production designer Andy Hurst was brought in to design the extravaganza.

Already the show designer for Axwell and Ingrosso, two of the band members, he immediately turned to GLP’s LED catalogue, procuring 60 JDC1 hybrid strobe and 96 impression X4 Bar 20 from PRG in Las Vegas, knowing that SHM would be the closing act. “As the festival main stage design was changed one month before the show we had to work quickly to get a new SHM design signed off and ready in time,” he explained.

His main challenge was to interface with the existing house rig, supplied by AG Light and Sound. “We had to have our entire system set in 35 mins.
In that time we had to fly our back wall, set our custom DJ riser and roll in our lighting, laser and pyro package.”

Hurst is no stranger to GLP’s advanced solutions, having specified their products for many years on other acts with whom he has worked regularly, such as Prodigy and Faithless. 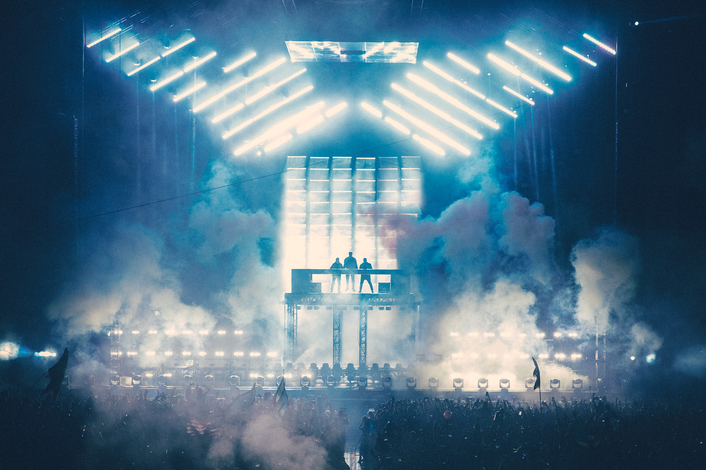 “I had seen the JDC1 at LDI and was impressed with the brightness and ability to provide lots of different effects,” he said. “We ran them in full 68-channel mode using all the attributes.

“The strobe effects were used to drive beats and nuances within the tracks, which they did perfectly.”

The Bars were used in a giant wall of light behind the artists on the 20ft x20 ft x16ft truss cube platform and also for a light wall on the DJ booth, where they were also used in full DMX mode. 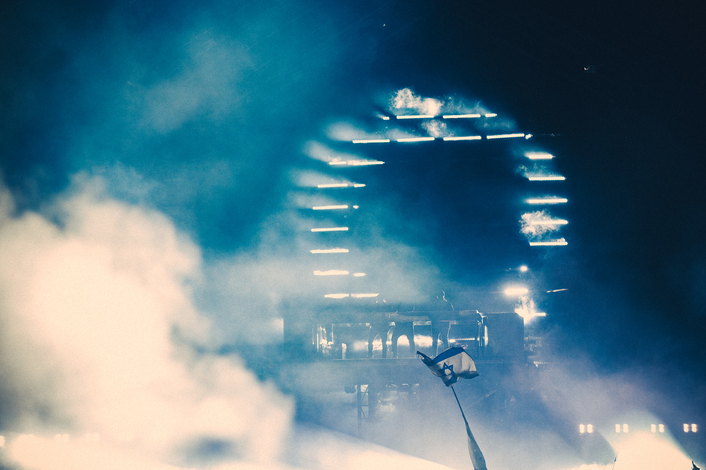 Andy Hurst had the opportunity to pre-programme the show at DMD Studios, with GLP supporting this by providing some fixtures to check programming in real life, along with the full size virtual rig that was created in the studio. “Having the fixtures when programming is always essential for me … as good as pre vis is, you can’t beat the real thing.”

And with more than 150 GLP elements joining lighting, laser, flying set pieces and pyro, it is no surprise that Andy Hurst was able to confirm that “the show was very well received and the guys loved it.”

About GLP (German Light Products)
GLP was founded in Karlsbad, Germany in 1994, by Udo Künzler, and has evolved into one of the leading manufacturers of high-quality and innovative lighting technology — and in recent years become market leader in LED technology for the theatre and event industry. With the award-winning impression series GLP has created a new standard in the lighting industry, which is used and valued by leading lighting designers. Thanks to an ever-growing range of products, GLP gives designers around the globe eco-friendly and energy-optimized spotlights without restrictions in creativity or performance demands. With the acquisition of G-LEC and the opening of offices in Los Angeles (USA) , Hong Kong, United Kingdom and Sweden, GLP has been able to strengthen and expand its global market position in recent years.