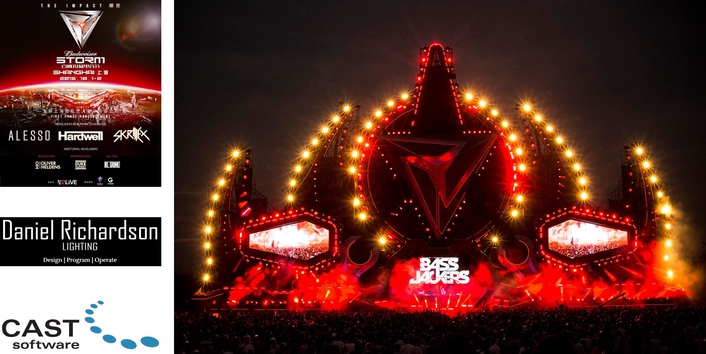 With an early career in lighting design combined with a Masters in ancient Chinese medicine, Daniel Richardson, Lighting Designer, Programmer and Operator, credits wysiwyg from CAST Software as an essential tool for designing and programming for the spectacular set of Storm, Now or Never and EDM other festivals in China. Originally from Australia, he is now in London operating tours and designing projects globally.

“I have been lighting designer for Storm since it began in 2013. Each year there’s a new brief based on the alien sci-fi theme. This year we worked with Dutch set designers, 250K, working together from the start of the project. In the early design phase Ipresent a preliminary wysiwyg plot to show where the lights, trusses, bars and other technology will be and to give my input on how this works with their set,” explained Richardson. 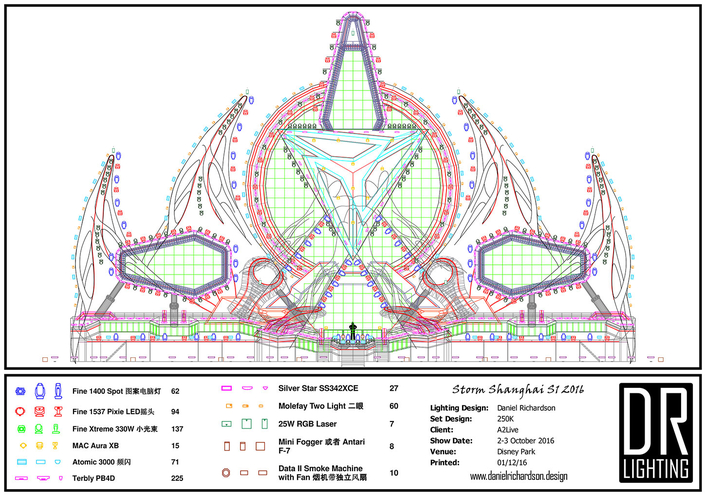 “Outdoor EDM festivals often have extravagant beautiful sets. My guiding principal when designing an EDM rig is to accentuate the set as much as provide an exciting and flexible rig. For the set, several years ago I began adding simple LED strips to highlight the contours and features, then layer with front light and the effect has grown from there. This allows for some very big bright looks or swop chases with highly contrasted outlines.” 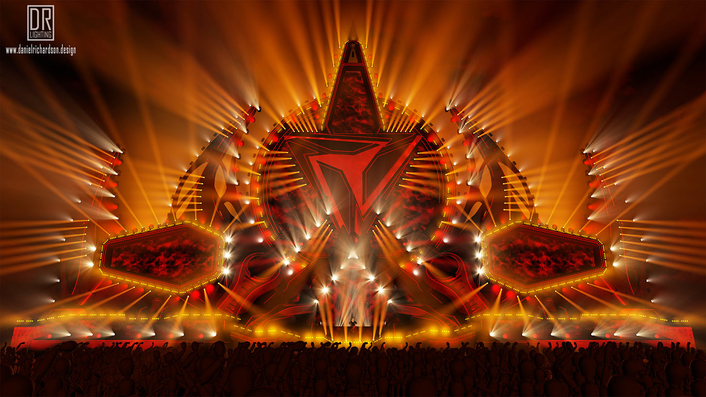 Richardson describes China as being a place of opportunity however he explains: “One challenge is technology in China. To use Sceptron from Martin is not going to happen and the Chinese versions are not viable. So we are forced to use simple LED strips bought by the meter.” 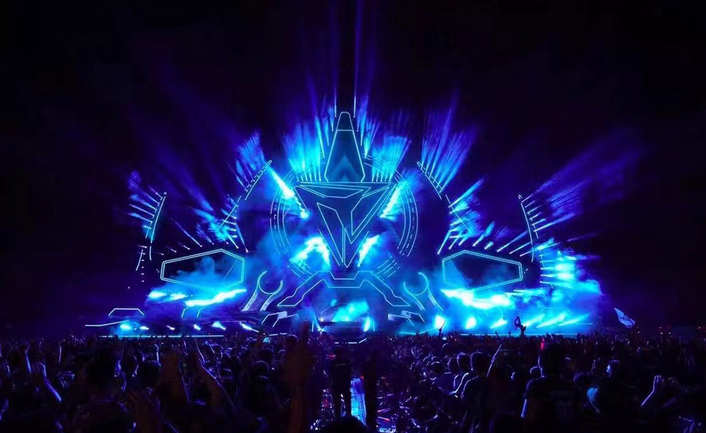 He said: “wysiwyg is so simple to use, it has brought me great success in China which has a rapidly developing lighting industry with new local fixtures being made all the time. Cast software is very quick and helpful when I make a custom library request for these new fixtures. At an EDM festival like Storm most of the headliners bring their own LD’s and coming to China with different fixture brands can be daunting. Being able to provide a wysiwyg file to all artistswith the actual fixtures inside and all patched correctly is absolutely invaluable for pre-programming and helps put minds at ease. EDM festivals are the hot thing in China now, at the start there was only 4,000 people attending, now there are more than 20,000 a day, it’s a lot of fun and been amazing to witness the growth.” 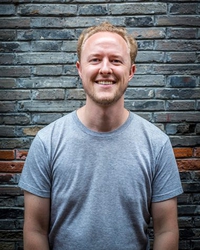 There’s a similarity with lighting and Chinese medicine. Richardson said: “It’s all about patterns and interconnectedness which has helped my lighting design in terms of identifying problems and dealing with them. Interning as a student in a Chinese hospital developed my communication skills to work across cultures, making it easier to get everyone on the same page. A friend once said I am probably the only western LD in the world who speaks fluent Chinese.”

Next up for Richardson is wysiwyg programming a musical on an Arcadia cruise ship followed by the next edition of Storm in Shenzhen, and indoor event Now or Never in 3 cities in 3 days around New Year’s Eve.

About CAST Software
Established in 1994, Toronto Canadian-based software and hardware developer, CAST Software celebrated its 20th year in business in 2014. CAST Software serves its coremarkets in entertainment production, special events and meetings. Its awardwinning flagship software products are wysiwyg design and previsualization suite, and Vivien -- Event Designer. All products are designed and created in-house and supported by an established global distribution and reseller network.