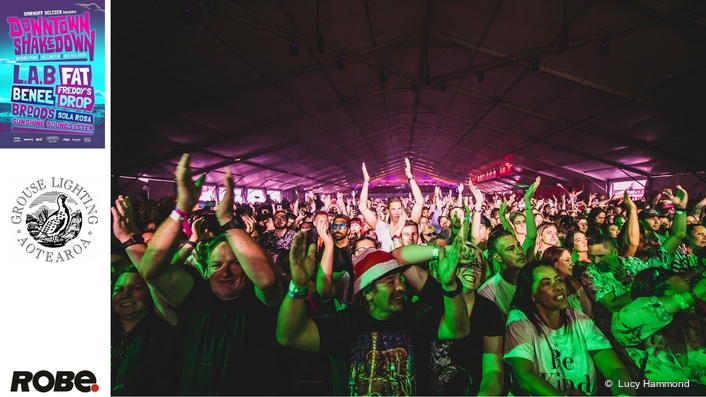 Ten thousand lucky music fans in New Zealand were delighted to be able to kick off their 2020-21 summer festival season with the Downtown Shakedown event in Wellington where a lively and diverse line-up included dub-tastic Fat Freddy’s Drop and rising star singer-songwriter BENEE who joined popular favourites L.A.B., Ladi6, Sola Rosa and Sunshine Sound System to welcome everyone to Waitangi Park. The brand-new event – which celebrated being able to stage live music shows again due to New Zealand’s very efficient containment of Coronavirus – was organised by Precision Live which is run by Andrew Tuck who also produces Homegrown, one the country’s major annual music festivals.

Stage lighting, rigging and site power was supplied by Wellington-based rental company Grouse Lighting, project managed for them by Steve Sanders, and Robe moving lights were at the core of the production lighting system.

The 350 square metres of stage space (including wings) was located inside a huge 40-metre-wide by 90-metre-long marquee. A 14-metre-wide by 10-metre-deep ground support system provided the lighting positions, with an upstage 10-metre-wide x 4-metre-high LED wall also in the mix. 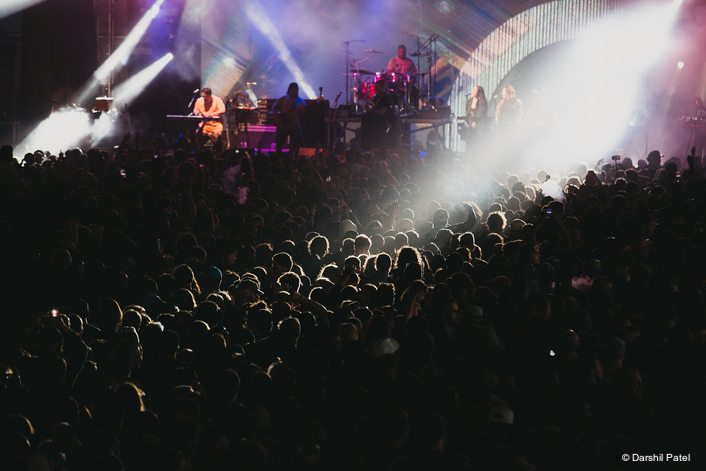 Steve scrutinised the riders for Fat Freddy’s Drop (LD Bradley Gledhill) and L.A.B (LD Jack Hooper) in particular to get a basis for the lighting rig, which also had to be appropriately scaled to fit the marquee and stage environment. All the headliners also had their own custom floor lighting packages, so Steve needed a good solid festival style house overhead and side rig with enough adaptability to allow everyone to put on a great show.

Twenty Robe LEDWash 600s were utilised for overhead washes and side fill positions – on drop bars – with 24 x LEDBeam 100s allocated for various floor packages with some on trusses above the audience. 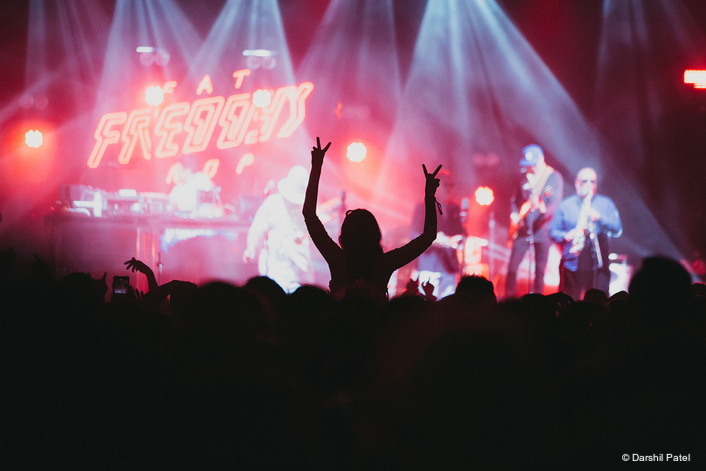 Twenty-four Pointes were used on the rear truss, on the upstage side drops either side and also in selected floor packages, again proving perfect for the job with their multifunctionality.

Eight Robe ColorStrobes were also added to the rear truss / side bars.

The Pointes and the ColorStrobes had been specified by several of the guest LDs, notably Ben Dalgleish who was working with BENEE.

Lighting Control was via a grandMA2 console.

Fitting all the production elements into the marquee was the major challenge explained Steve, even though the space was quite massive! With nearly 11 metres of headroom to the apex of the structure, it was still a brainteaser involving some creative engineering to maximise 14 metres of stage width and still retain a decent trim height!

The notorious ‘Wellington Winds’ also played their role in disrupting the structure’s erection, but everyone took this in their stride.

“We were extremely happy to be part of the event,” stated Steve, adding that Grouse Lighting has worked for Homegrown Events for around 10 years, and in fact they were booked as the lighting vendor for the 2020 Homegrown festival which was postponed in March as the pandemic took hold as the initial get in and build had started.

Steve worked alongside lighting operator and crew chief Rowan McShane who also took care of lighting all acts prior to the headliners, and lighting systems tech, Cam Harley. 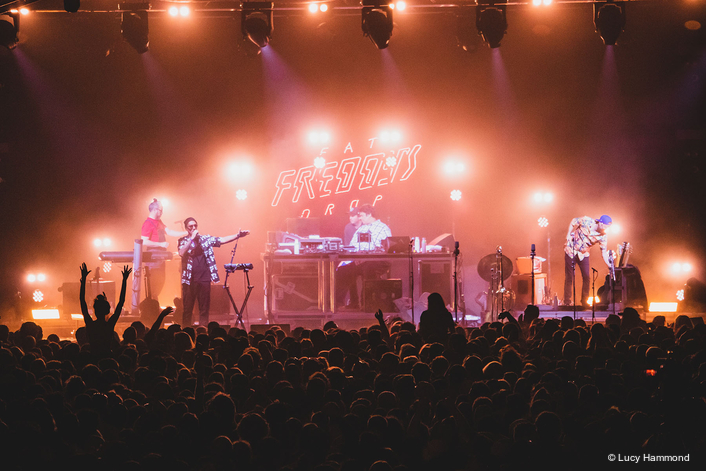 Other key suppliers for Downtown Shakedown included Metro Productions who built the stage, Western Audio who provided the PA and Streamliner Productions who delivered the LED screens. Precision Live’s site and operations manager – at the heart of all things technical – was Michael Lamusse.

Grouse Lighting has been a major Robe investor over the years, with the most recent purchase being T1 PC Wash luminaires following enthusiastic feedback from a lighting designer for the New Zealand Opera. There have been many more positive comments since then from all LDs who have used them. 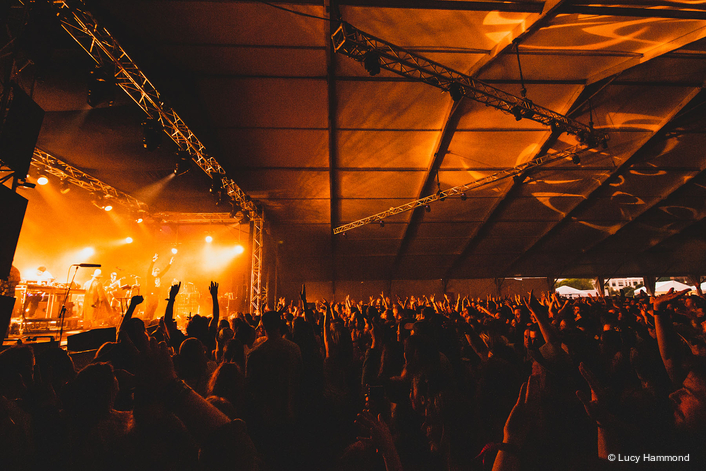 After several months of the industry being closed due to the pandemic lockdowns, the company is now mega-busy … dealing with the standard amount of frenetic summer season bookings plus rescheduled shows from earlier in the year. Despite several new and different challenges – including a shortage of freelance crew due to some having to take other jobs to survive many months of no work  – everyone is ecstatic to be working again and hoping that this is the way it will continue!