Leading Japanese lighting designer Mr. Mitsumasa Hayashi created “The Robe Lighting Show” – a piece of light art at the Urayasu Mai Studio of the Nihon Stage Co.,Ltd. – which featured over 350 Robe moving lights. These were supplied by prominent Japanese rental companies, M-Tech Style and the Mula Corporation. The piece was commissioned by Mr. Masaharu Sakamoto who heads up LTG, Robe’s Japanese distributor.  With live performances halted worldwide due to the pandemic, Mr. Sakamoto was keen to produce a lighting art video concept that could be enjoyed and appreciated by lighting enthusiasts worldwide, and he knew Mr Hayashi was the right person to create a brilliant, poignant, and high-impact work.

Mr Sakamoto himself was inspired by the positive, robust power of Robe’s brand messaging during these uncertain pandemic times. “A show like this using Robe products exclusively is unprecedented in Japan, so it was great to create one with everyone’s cooperation,” he commented.He wanted to work with Mr. Hayashi on this project as a leading influencer and practitioner both in the Japanese lighting industry and internationally. 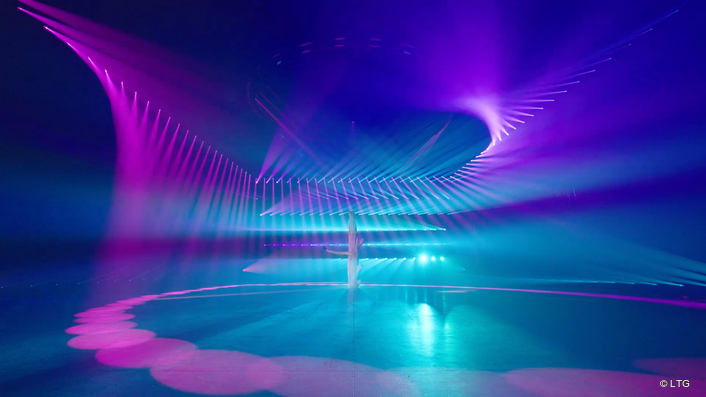 The 10-minute lightshow features three music tracks and the action takes place on an empty stage which is bare apart from a large and symbolic piece of driftwood, placed so Mr Hayashi could imagine a world of light and energy around it inspired by the music.

His goal was to also keep the space open and the lighting very fluid and kinetic allowing each viewer to interpret independently and enjoy their own individual journey whilst watching, feeling the emotion and spirit of the combined visual and sonic experience.

A hundred and twenty of the BMFL WashBeams were arranged in a back wall, six rows deep, each row with 20 fixtures, the highest being at 11 metres off the stage and the lowest at 2 metres. These trusses moved up and down on an automation system.

A further four BMFL WashBeams were deployed in each corner of the performance space on the floor, with a fifth upstage centre on the floor.

These fixtures were picked for their power and functionality. 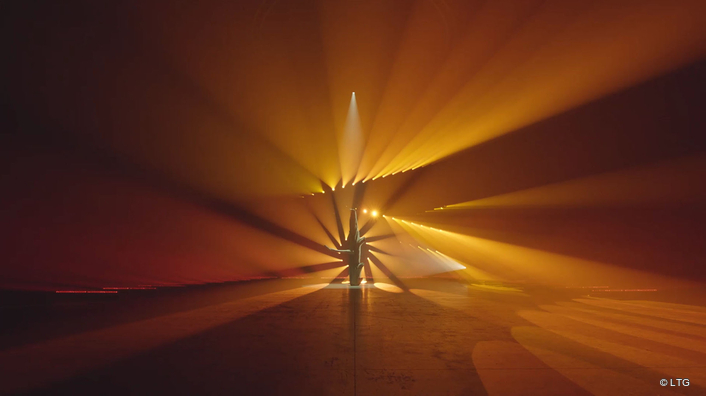 These same physical positions for another 72 MegaPointes were mirrored on the floor, with another 24 fixtures rigged on a 12-metre circular truss above the stage.

Above the centre point of the stage was a 3 diameter Parasol KLR spinning truss loaded with the 12 x ESPRITES, and directly above the driftwood tree trunk, pinpointing the epicentre of the geometric design, was another single BMFL WashBeam.

The Tetra2 bars were rigged along the back wall, on the lower run of side trussing and on the floor.

All these fixtures complemented each other beautifully and harmoniously as Mr Hayashi worked his magic in imagining the show.

A fusion of visual ideas, fantastic programming and this large array of multipurpose fixtures gave Mr Hayashi all the scope and dynamics needed to produce this stunning show that cycles through a whole range of emotions – starting off reflective and delicate and working its way to an intense and expressive crescendo, taking viewers on a thrilling journey.

Josef Valchar, CEO of Robe s.r.o. commented, “It was amazing to see Mr Hayashi’s work - as always! He crafted an exquisite show utilizing so many fine-tuned features of the fixtures, which was really thought-through and explored the boundaries of what can be achieved with a spectacular result.”

Robe’s sales director Harry von den Stemmen was equally impressed. “We are all very captivated by the show and grateful to Mr Sakamoto for taking the initiative and energising Mr Hayashi to making such striking light art.” 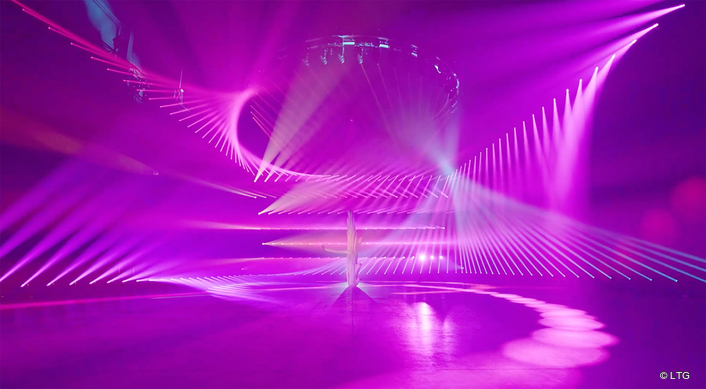 Mr Hayashi has become a big advocate for Robe products since first inaugurating the Pointe in 2014, and he will specify Robe where possible for all his large projects.

Both his company, the Mula Corporation, and M-Tech Style under the direction of Mr Sakamoto have invested steadily in Robe in recent years.

Like everyone, both Mr Hayashi and Mr Sakamoto are looking forward to 2021 and a much better year ahead when the live show and event industry can start to get back to work as the pandemic is brought under control via worldwide vaccination programmes. 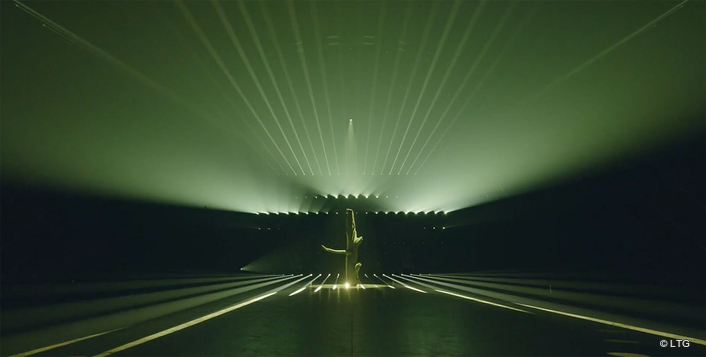 “The Robe Lighting Show” was programmed on a grandMA2 console by Mr. Masaki Morii from the Mula Corporation and visualised by Ms. Michiko Yagi working for the Hayashi office.

The video was directed by Mr. Jihoon Kim from V-CON K.K. and produced by Mr. Shinji Ootake from K.K. Moi.