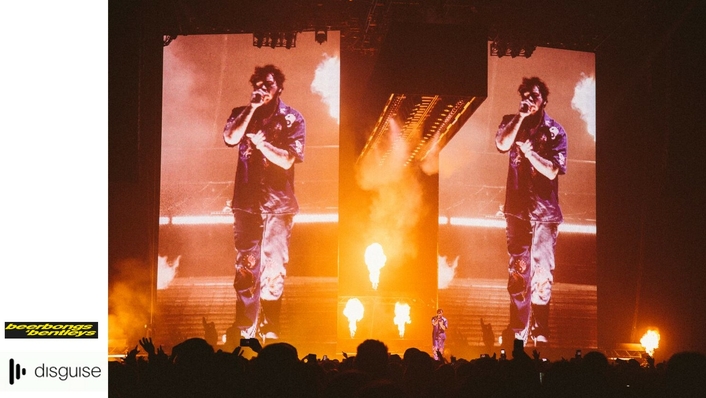 The arena tour, with lighting design by Ben Dalgleish, began in February 2019 with multiple dates in Europe, South America and Australia, followed by US festival dates in June, before returning to Europe and the UK in August. The ‘Beerbongs & Bentleys’ album earned a number-one slot on the US Billboard 200 last year and broke several streaming records upon its release. 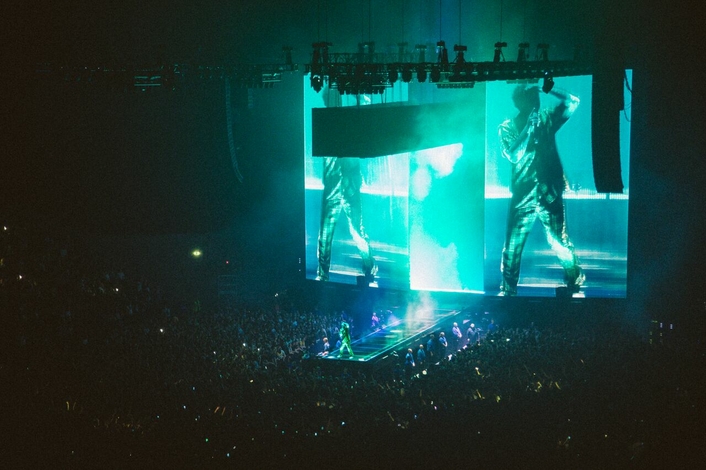 The set for the Post Malone tour resembles a stylised face with two giant angled ROE LED video screens in portrait mode forming the eyes and a runway with a graded floor forming the nose. “It’s really a very intimate setting in which the screens focus on Post,” says Asad Yousof of New York-based Flying Saucer & Co., who serves as disguise Programmer and Touring Tech. “For most of the songs there are IMAG and lights on the screens that pulsate and flash to the music so 14,000 fans really get to focus on the artist.”

Notch effects are used throughout the show as well as pre-produced video content from Creative Director Lewis James and Travis Brothers. This was layered over the IMAG for the performances of ‘Rock Star’ and ‘Blame it on Me.’ Along with the live flashing effects, Notch was used for complex and dynamic mappings during ‘Paranoid’ to create a multitude of mini screens with built-in video delays creating visual feedback loops.

“disguise’s Notch integration and the way it handles Notch was very important and made it the best choice for the tour,” Asad says. “The Notch designer, Lewis Kyle White is a veteran in this game, and we worked back and forth to establish the Notch looks.” Lewis Kyle White of Pixels & Noise also created a custom Max MSP app that allowed control of both the disguise servers and Notch Block via OSC, which became a vital part of our touring setup and live workflow. 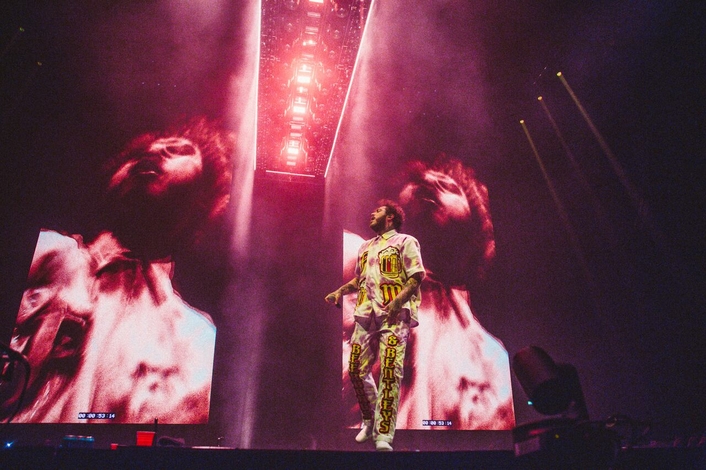 Asad, who has worked as a system engineer in the IT world, came to touring as a musical artist himself designing his own tours and running others. “I first saw disguise being used on the ‘Game of Thrones’ orchestral tour in 2017 when I worked as a network engineer. I fell in love with it and took all the disguise classes; it was easy for me to transition with my background,” he says. “I did my first tour with disguise for Kendrick Lamar. I love the ease of use of disguise, and I’ve utilised all the tips and tricks I’ve learned.” 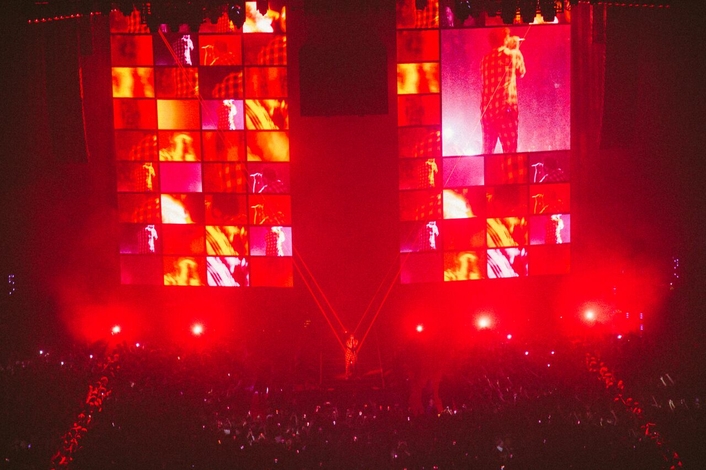 He started working with Post Malone on rehearsals after his New Year’s show at the Barclays Center in Brooklyn. “The creatives adapted that concept for the tour,” Asad says. “I went to the UK in January 2019 and prepped the disguise servers for rehearsals outside Birmingham. We refined the show and the programming and were ready for the first show in Dublin.” 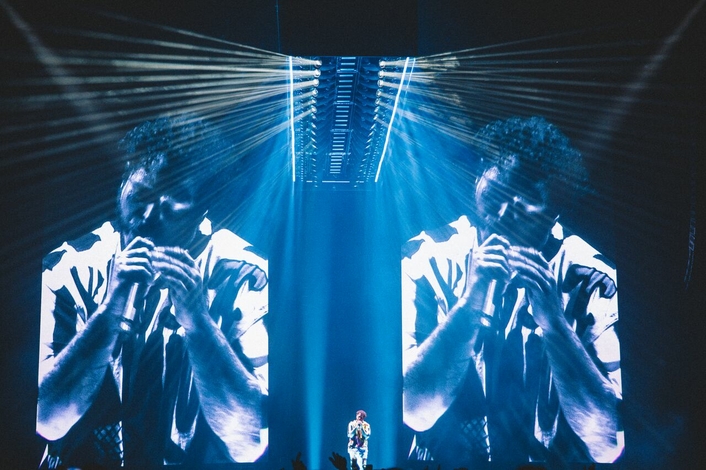 He likes the ability of the disguise software being able to trigger cues with OSC messages so he can adjust to any changes live. “I’m able to control the parameters of the disguise timeline live to create the looks we want to achieve,” he says. “It’s almost like doing a final grading of the cameras.” 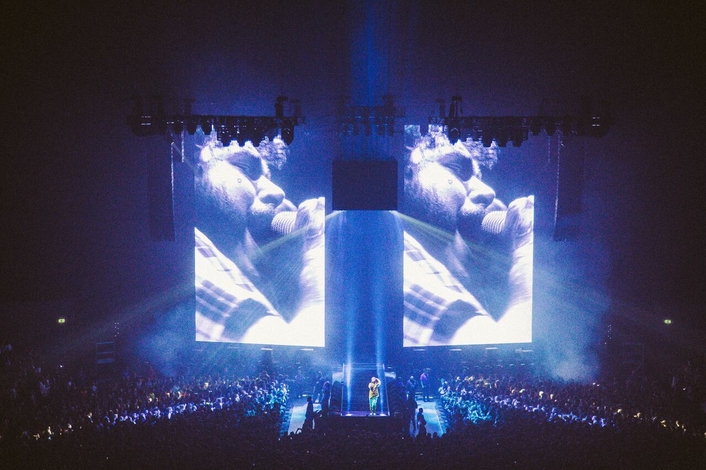