15 prizes to promoters, artists managers, concert agents and venue operators; gala for the third time in Frankfurt
Some 1,300 guests from the national and international music, events and entertainment scene were made up in splendid mood and brought a lot of glamor to the eighth ceremony of the PRG Live Entertainment Award (PRG LEA) on 9 April in the Frankfurt Festhalle. The award ceremony was also the official opening of the Frankfurt Music Fair and the event technology show "Prolight + Sound" which was running in parallel.

A total of 15 of the coveted prizes were awarded to organizers, artist managers, agents, concert halls and club operators. Well-known presenters such as the boxing world champion and politician Vitali Klitschko, comedy star Matze Knop, the rock group Silly, the singers Anna Maria Kaufmann and Christina Stürmer or the singer-songwriter Rolf Harris and John Oerding handed over the massive LEA trophies, which are styled tickets are made out of bronze. 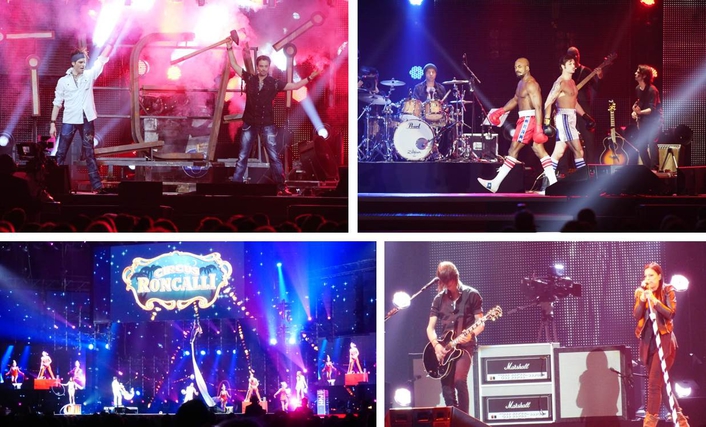 LEA chief Jens Michow, the show's producer and president of the Event Management Association (bdv) was satisfied: "The ceremony of the German Live Entertainment Award gave us another opportunity to show the many different facets of the industry, but also its significant cultural and economic importance. We thank the city and the Musikmesse Frankfurt which gives us such a prominent platform." Councilor Mark Frank, head of the Frankfurt department of business, sports, security and fire services also had words of praise. "I am delighted that we are able open up the International Musikmesse in Frankfurt for the third time with the outstanding Live Entertainment Award."

"Tabaluga" and "Rocky" as show acts and winners
For the music and show program on stage again the LEAPrinciple was valied: "Guaranteed without playback." And the spectrum of the live performances was remarkable. The program ranged from rock to classical, musicals, circus, singer-songwriters and comedy. The pianist and ECHO Classic Prize winner Alice Sara Ott saw an enthusiastic audience as well as the band Silver Moon, which gave a foretaste of their forthcoming open-air tour “Himmel Auf”. In addition, the “Deutsch-Rocker” from Bautzen were happy about a price for their concert agency: The Undercover GmbH, which among others, also promotes Silly, Frida Gold and Bosses, and received the award as "Tour Operator of the Year". 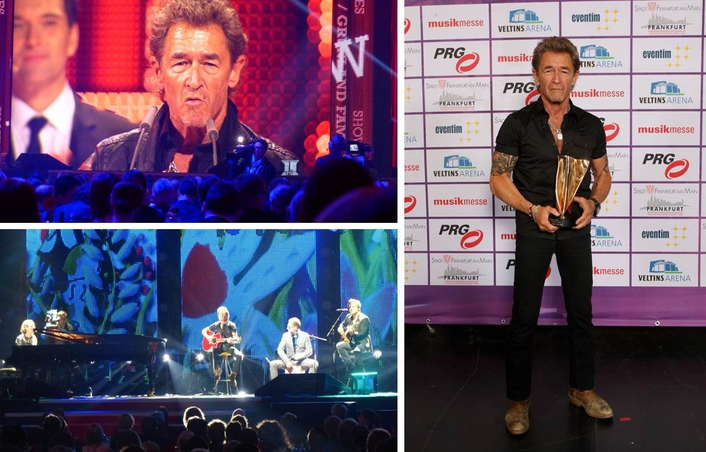 Also other live acts were in direct relation to the assigned Awards. Peter Maffay performed an excerpt from "Tabaluga and the signs of the times" on stage, while the DEAG-daughter Grassland Family Entertainment GmbH was awarded the LEA for the "Show of the Year". Also live on stage were scenes from the musical "Rocky - Fight from the Heart" for which Stage Entertainment GmbH was allowed to take the LEA award in the category "En-suite Event of the Year". The audience in Frankfurt was literally enchanted by the now world-famous illusionists Ehrlich Brothers. The cooperation of their company Ehrlich Entertainment with the drugstore company Dirk Rossmann GmbH was awarded the prize for "Cooperation of the Year". 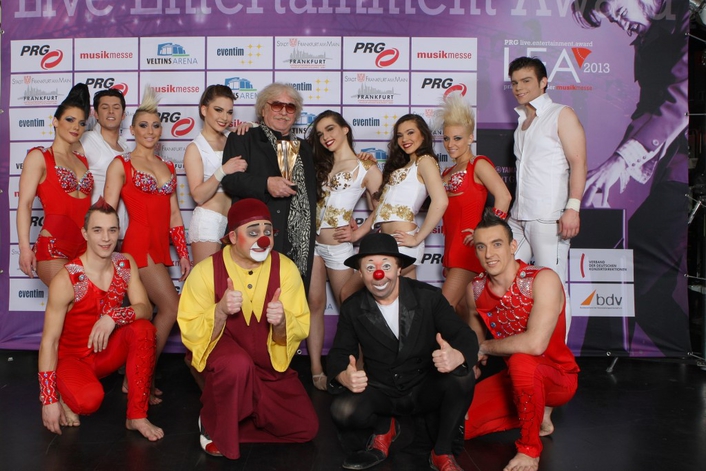 The live program at the PRG LEA 2013 was rounded up by artists involved in the current program of Circus Roncalli, who had come to honor their chief: Roncalli founder Bernhard Paul was honored for his decades of involvement in the live entertainment industry with the "Prize of the Jury".