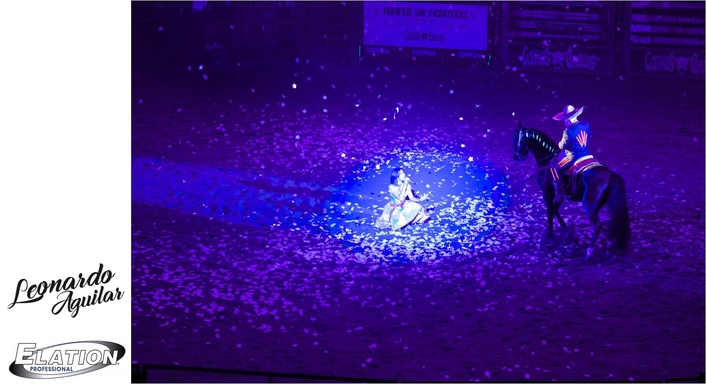 More than 30 years ago, Mexican music legend Antonio Aguilar toured the American continent accompanied by his family with the first equestrian show in the history of Latin show business. Now, his son, beloved Latin singer Pepe Aguilar, has revived the tradition with his “Jaripeo Sin Fronteras” equestrian show, steeped in three generations of Aguilar performers and updated with dynamic lighting effects.

Pepe Aguilar’s nine Grammy awards and star on the Hollywood Walk of Fame (his father has one too) are testament to the Mexican singer’s appeal, on both sides of the border. On May 26th in Mexico City’s Palacio de los Deportes, Pepe Aguilar presented his "Jaripeo” show with lighting accompaniment from 40 Elation Platinum FLX™ hybrid moving heads and 22 Elation SixPar 200 IP™ color-changing Par lights with Antari F-7 Smaze™ units used for atmospherics and a thin layer of mid-air projection haze. 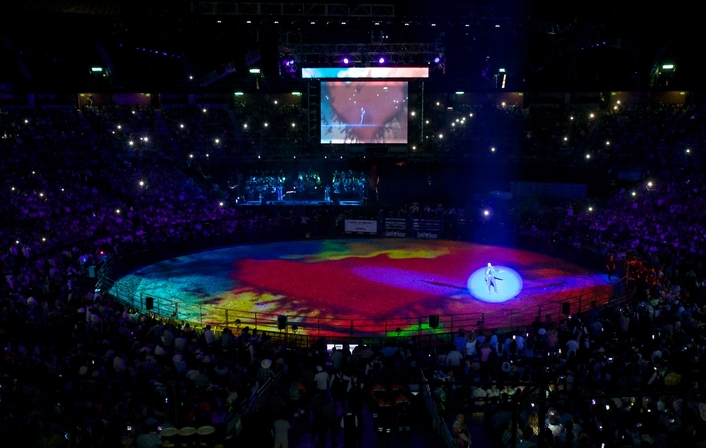 The Jaripeo – a Mexican equestrian show that includes horse riders and bull riding, traditional Mexican costumes, and regional music like Mariachi or Banda – has been modernized using video mapping and dynamic lighting effects. "Jaripeo Sin Fronteras" mixes tradition with modern technology to re-invent the great shows of the past and create a new show to remember. 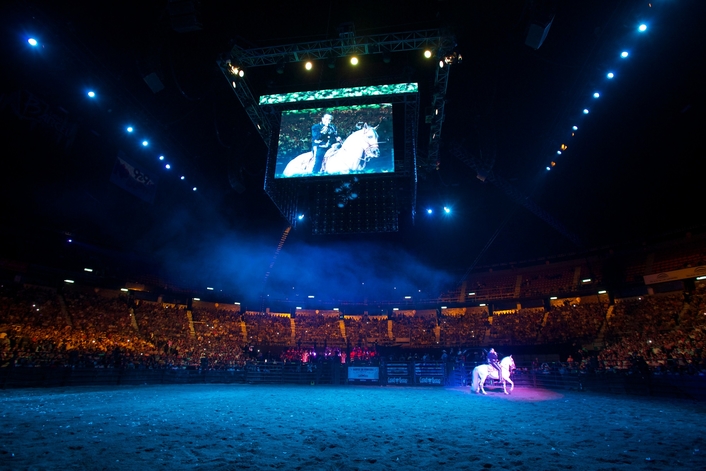 Responsible for the lighting design was Ricardo Ortiz with technical production by Equipos Apolo. The Elation equipment was chosen for its power and range of colors while an IP65 multi-environmental rating was important for fixtures located alongside the arena itself. SixPar 200 IP units with its six-color LED chip, including UV, were located around the center of the venue and used to illuminate the traditional costumes – the “Charro” suit for men and “Adelita” dress for female riders – in glowing color. The SixPar’s IP65 rating not only protects against water but is also ‘dust tight’ which was important as the venue filled with dust from multiple horse and bull riding acts. 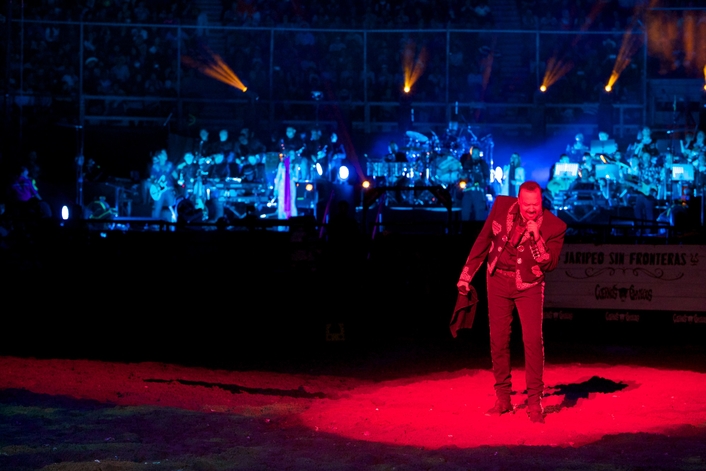 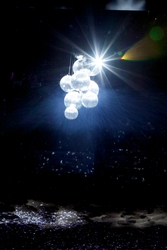 The animals influenced the lighting in another way as well. As horses fright easily, the automated fixtures were kept from moving too quickly, making abrupt changes or blinding the animals. The Platinum FLX moving heads were positioned on each side of the square that surrounded the center of the arena, 10 per side, and used mostly to create texture and color onto the audience, although when there were no animals in the act they were also used to light the center of the arena. Two other important roles of Elation’s award-winning spot/beam/wash moving head were to paint the arena in UV light (the fixture houses 10 dichroic colors including UV) and to illuminate an arrangement of disco balls that lowered from the ceiling during a song by Pepe’s daughter, Angela.