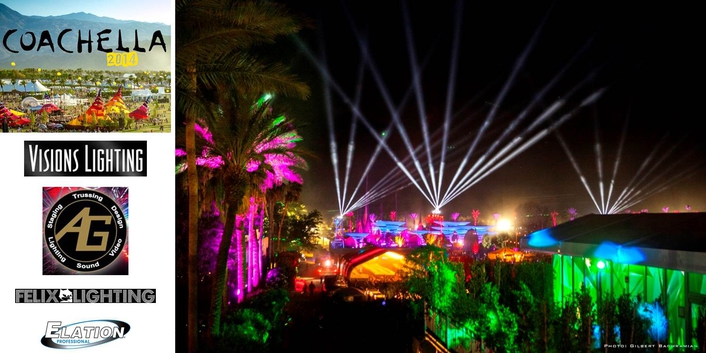 Elation products were again put to work across several stages at the 2014 Coachella music and arts festival
Elation gear has become a staple of the Coachella Festival as it has grown to become one of the largest and most successful music festivals in the U.S. This year, Coachella hosted more than 500,000 people over the festival’s two weekends with headliners Muse and Arcade Fire, along with a list of surprise guests and more than 180 other acts, delivering another memorable event.

Elation dealers Visions Lighting, AG Lighting and Felix Lighting supplied an abundance of Elation lighting for this year’s festival. Used all around the festival site including the Outdoor Theatre Stage (Platinum Beam 5Rs - Visions Lighting), the Sahara Tent (Platinum Spot 35s, Opti Tri 30s and Design LED 60 Tri-strips - AG Lighting), and the Yuma Stage (Event Bars - Felix Lighting), it was the use of Elation gear for new site lighting that provided a new twist at this year’s festival. After years of using Xenon searchlights for Coachella’s site lighting with varying results, festival organizers looked to Visions Lighting for a new and innovative solution. 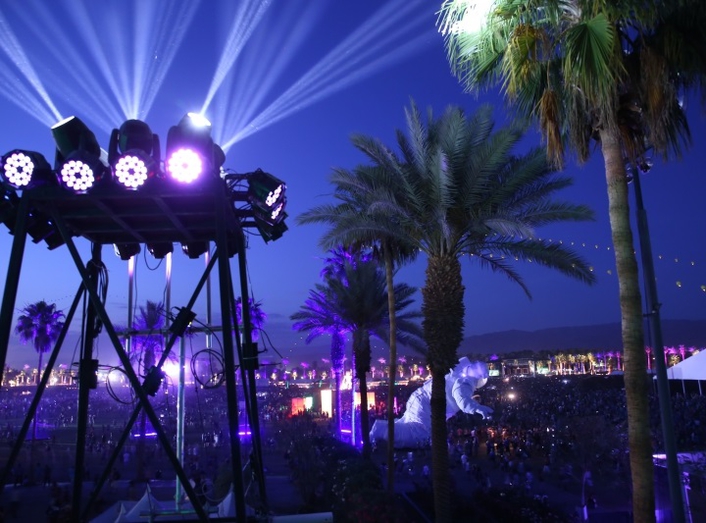 “Not only were the fixtures incredibly bright but they operated 100% without failure, sustaining the extreme weather conditions including heat, wind and rain,” Todd Roberts stated. “The end result was brighter and better than years before while using less power and offering more creative options.” Control was handled wirelessly with DMX using four universes. All programming was done by Colin Feeney from a 40’ high scissor lift located in the center of the festival grounds so that the entire rig was visible. 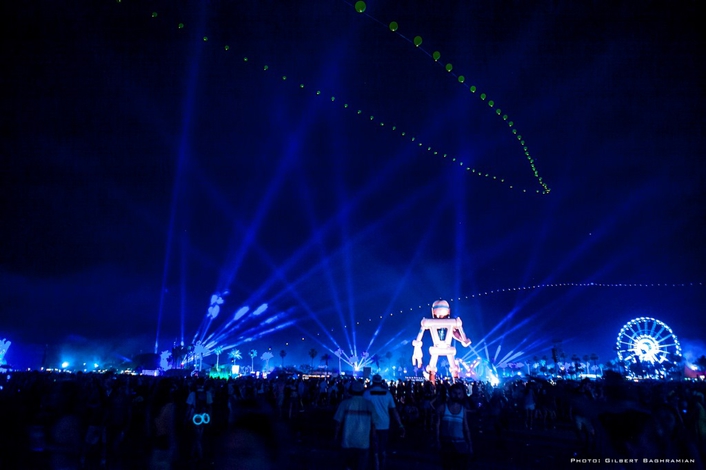 In addition to the Platinum Beam Extremes, Visions Lighting also replaced the conventional PAR lighting on the “oil derricks” with Elation Opti Quad Pars and Level Q7 IP Pars, which were used for functional and area lighting around the derricks and saved on both power and cost from not having to replace lamps.

Canin Campbell of Visions Lighting headed up the on-site team for set up of the system with support from Daniel Baca and Steven Calley. All in all, the new set up was a win-win for everyone involved. 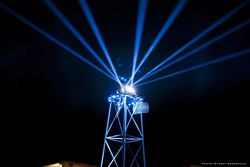 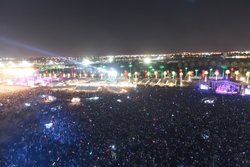 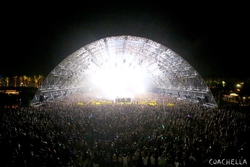 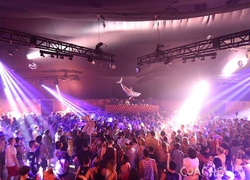