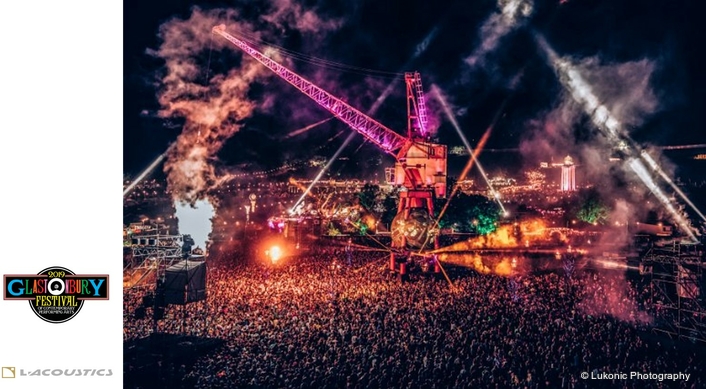 Arcadia Spectacular flies L-Acoustics as they ‘take over the sky’

A suspended moon orbiting the Earth provides the canvas for a mesmerising 3D projected light show. Pyrotechnics and huge balls of flame shoot into the sky. Legendary DJs play from a centre platform to a 60,000-strong crowd in a circular area, drenched in sound courtesy of an L-Acoustics K Series system… This is Pangea, Arcadia Spectacular’s new Glastonbury installation and it is, quite simply, magnificent.

The concept of an all-involving show is nothing new to Arcadia, a performance art collective that expresses itself via sculpture, architecture, recycling, pyrotechnics, lighting, circus and music, in large scale performance and dance spaces which travel the world. The company’s creations have been a major attraction at Glastonbury since 2007. When the decision was taken to replace the iconic Spider, which had graced the fields of Worthy Farm for the past decade, the team knew they would work with a circular space and that an L-Acoustics system would be part of it. 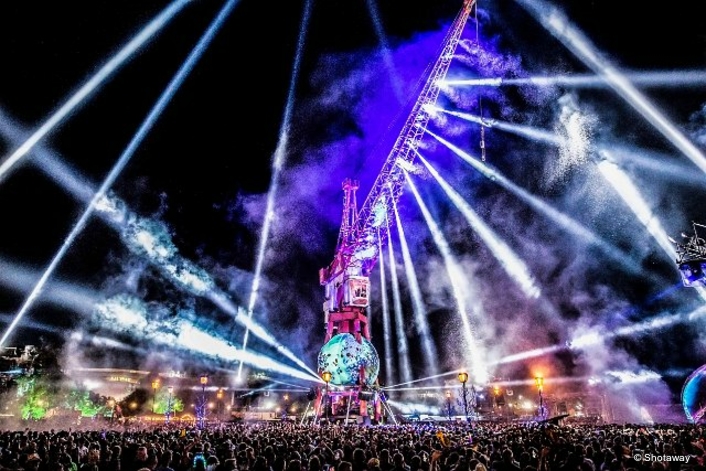 Arcadia always uses repurposed materials in its designs and their thought process is led by what they find. Pangea is no exception; the discovery of a defunct 50-metre high, 140-tonne crane at Bristol’s Avonmouth Docks became the spark for this particular creative revolution. “Having scoured Russian military scrap yards and gone to all kinds of bonkers lengths, we discovered this extraordinary symbol of Somerset’s industrial heritage right on our doorstep,” says Arcadia’s Cyrus Bozorgmehr. “We loved the idea of taking a decommissioned county icon and giving it new life in another iconic Somerset environment.”

The team realised the crane, as well as being an intensely interesting structure in its own right, could not only act as a centrepiece but give them the ability to go higher than they ever had before and ‘take over the sky’. “With Pangea exclusive to Glastonbury and living at Worthy Farm, it gives us the opportunity to work on a far bigger scale as we don’t have to worry about touring logistics - it gives scope for it to evolve and take over more of the arena, more of the sky,” Bozorgmehr continues. “We wanted people to step into a different world – Pangea is a prehistoric supercontinent where every land on earth is one and the future is yet to be written - and be completely captivated by music that’s coming at them omnidirectionally. ‘Immersive experience’ is one of the most over used terms in the business, but that is definitely what we were aiming for. Its resulting circular construction means the linearity of a traditional stage, where everyone’s looking towards the front of the arena, was diametrically opposite to what we were trying to achieve.” 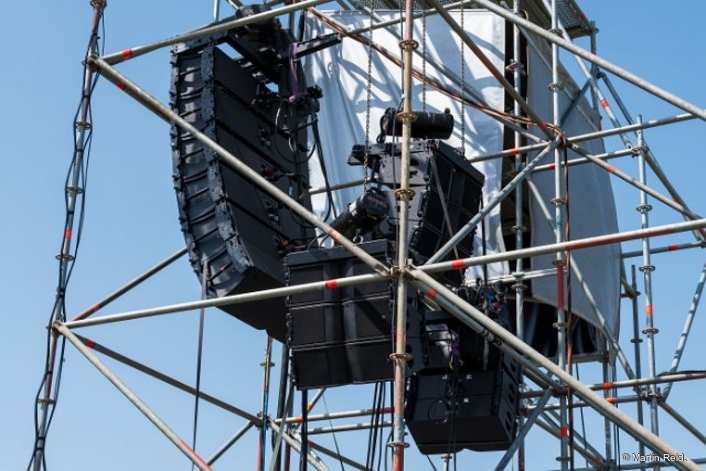 Work on the project started around six months before the festival, with the team producing multiple audio designs. “We were in contact with Sergey Becker in the L-Acoustics support team to get feedback on how the designs were going,” says Arcadia Production Manager Dorian Cameron-Marlow. “We were doing something different to anything we’d done before, so the more people we could discuss our concept with the greater we knew the end result would be.”

One of the biggest challenges they faced was to design and engineer mounting brackets to hang speakers around the structure to achieve their aim of delivering surround sound. 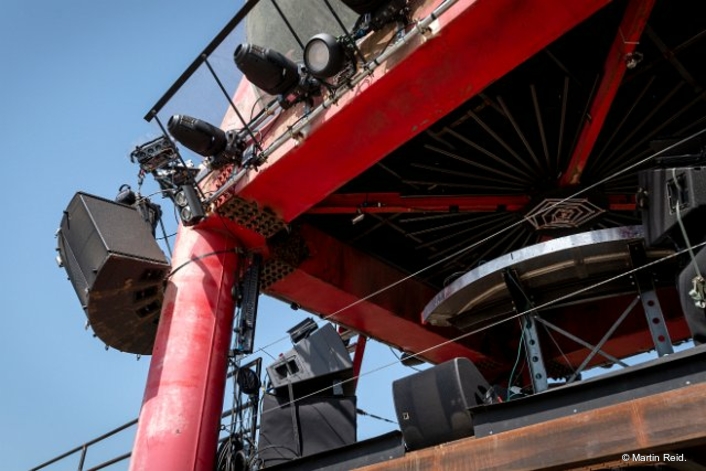 “The system was designed by our in-house system designer Matt House, who was given our vision and then worked with the team to realise it,” Cameron-Marlow adds. “This all-enveloping sound system design is fairly pioneering and is an ongoing evolution of something that we have been working on for quite a few years.

“We use L-Acoustics almost exclusively now and find it particularly fantastic when it comes to something out of the ordinary; it’s one of the best systems for overcoming potential limitations and allows us to achieve a higher quality sound and maintain really good levels, whilst not causing issues with off-site noise restrictions. Also, the ability to model the system in Soundvision first means we can see what we were going to get before we installed the system. It saves a lot of time and effort.” 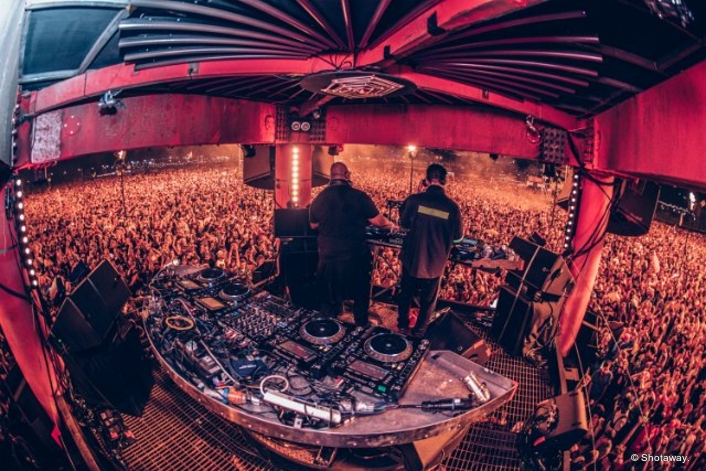 “We engaged Brit Row around three months before the festival. They’re an industry leader and specialist company, which is what drew us to them,” says Cameron-Marlow. “We had a clear idea of what we wanted to achieve, but Brit Row knew how to best achieve it and came up with some really good solutions and ideas.”

“The Arcadia team are incredibly creative and forward thinking, but also very practically minded,” adds Brit Row’s Marc Soame. “They’ve refined their audio approach over a number of years with the development of the previous stages and wanted to retain a similar approach for 2019 as it was a proven model.

“Pangea was a great start to this new partnership with Arcadia Spectacular. The team have been a pleasure to work with. The L-Acoustics recommendation and continued support is of course greatly appreciated. We’re excited to see how the ongoing Pangea project develops as the Arcadia creative team push the boundaries even further.”

“We had reports that this was the best sounding show we’ve ever done,” says Bozorgmehr. “And, just in general, our experience with L-Acoustics is that it is the most flexible system to be able to achieve what we do, while also being scalable and extendable. This means that, as we progress our concepts over the next few years, this system and Brit Row will be able to continue on help us on our journey.”