One of the first and arguably the greatest of Russian rock bands, KINO celebrated its reunion with an online concert, which wowed the Russian rock community and teased KINO’s big stadium tour planned for this spring

The online concert reunited members of the band who had not appeared together since the death of KINO’s lead singer, Victor Tsoi, in 1990.  The performance featured two bass players who had played at different times with the original band, KINO’s original guitarist, a synthesizer player and a rhythm guitarist.  Victor Tsoi’s presence was felt in the show when his multitrack recordings were digitized, enhanced and incorporated into the concert.  Tsoi’s son Alexander was one of the show producers. Claypaky’s Tambora, a high-power, feature-rich batten that meets the needs for inline or matrix lighting applications, made its debut on the concert.

“We at Blackout Studio feel really honored to be among the first rental companies in the world to receive the latest Claypaky fixtures,” says Manager Igor Piotrowski.  “We appreciate the trust shown by Claypaky and its CIS brand-manager, Slawa Gartung, to make this happen. We have been looking forward to the introduction of this type of batten fixture by Claypaky and are pleased to have Tambora Battens in our rental stock now.  “As always with Claypaky,” he says, “this fixture is a great example of Italian design and impresses with the great materials used to create the body of the fixture.  The LED modules used in the Tambora Batten are the same as those in Claypaky’s K25 fixtures, which make it super bright and produce rich and natural colors.  And the optics allow users to create almost parallel beam effects at 4º.” 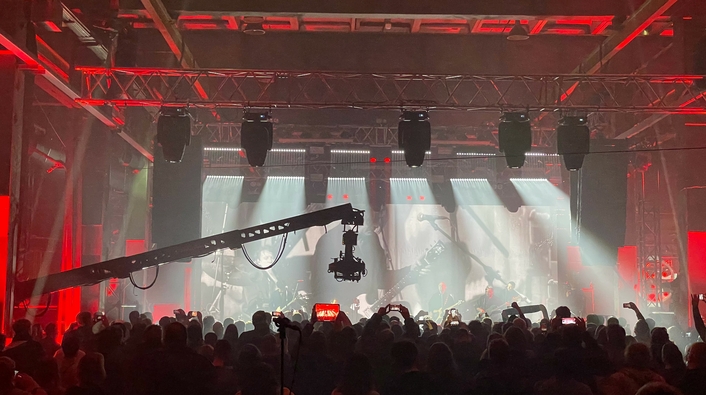 The online performance was the first show to use Claypaky’s new Tambora Batten fixtures, which were selected by Lighting Designer Marina Larikova.

Larikova points out that, “the fact that this event was the first for the Tambora Battens worldwide made the cooperation between us and the Claypaky support team crucial to the show’s success.  When we had confirmation for the show, the fixtures were delivered and mounted by Blackout Studio right on time, and we had full support from Claypaky on the commissioning, set up and lighting desk library creation, which saved me a lot of time with the show programming.”

She found the Tambora Battens to be “very powerful and fast fixtures.  Due to their compact size and light weight, there was no problem mounting them at a 90º angle.  They worked perfectly throughout the show and attracted a lot of attention despite being used in front of a large and bright LED video screen.” 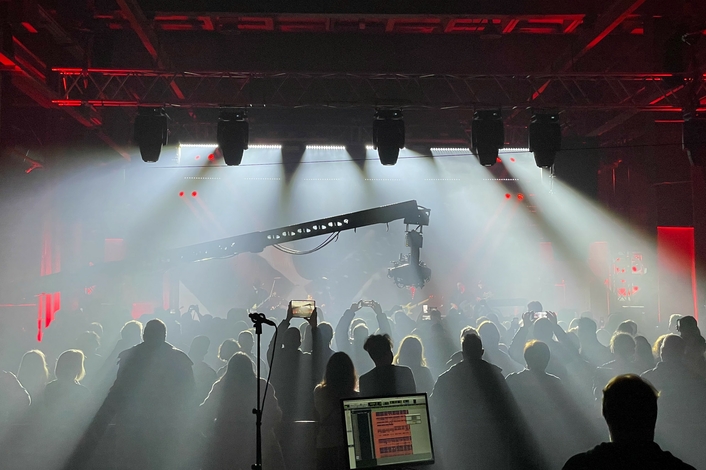 Among the features she cites are the fixture’s “great optics” and RGBW color mixing.  “As far as I’m concerned, their quality and semitone blending are perfect,” Larikova says. “I also liked the perfect linear 4º to 40º degree zoom and the possibility of controlling every LED module independently, which allowed us to use pixel-mapping.”  The “well arranged programming menu” meant that, “even with the short mode the fixture includes a lot of effects and gives lots of possibilities for programming.”

For the online concert, “Claypaky provided a special mount for the fixtures that enabled us to hang them in perfect alignment and join several fixtures together with no gaps in between,” Larikova explains.  After speaking with technicians who worked with the new Tambora Battens, “the feature that most impressed them was an innovative mount system that allows the clamps to be moved along the fixture body to make truss mounting easier than ever,” Blackout Studio’s Piotrowski adds. 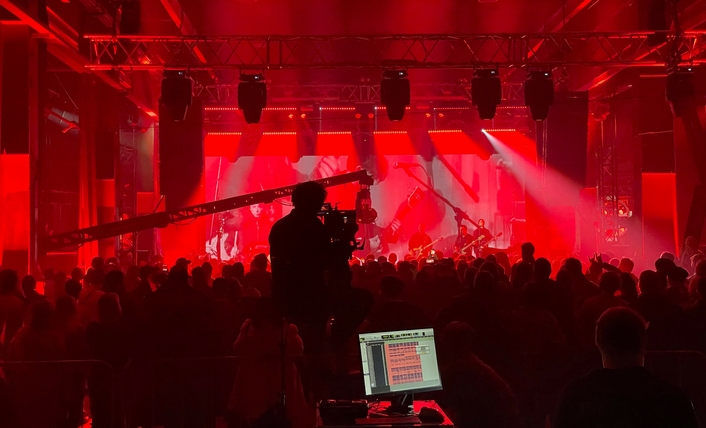 According to Larikova, KINO’s online reunion concert served as “a kind of rehearsal for the grand stadium tour scheduled to take place this spring.  At those events we plan to use a wider range of Claypaky fixtures and excite every spectator with unique lighting and stage design solutions.”

She salutes the “stellar job” done by the Leningrad production team and Technical Director Alexander Aydakin for making the show happen during the coronavirus pandemic.  “I also want to thank Blackout Studio for its support and professionalism and Claypaky for the support we received during the set up of the show from Engineer Jiulii Sabeva and Slawa Gartung,” says Larikova. 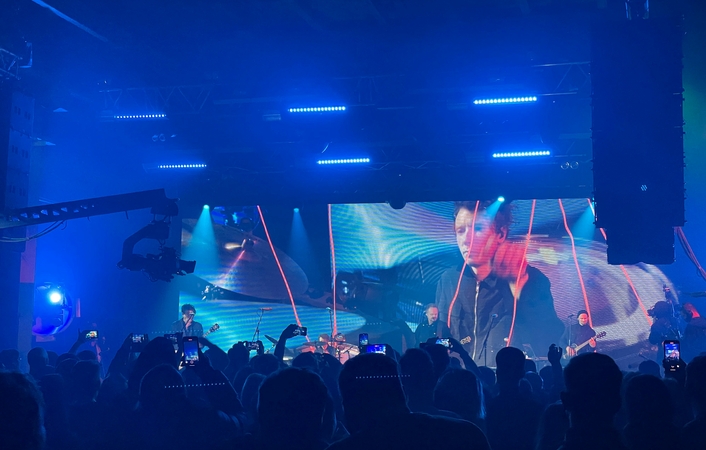 The reunion concert had special meaning for Gartung, who says one of the favorite songs from his childhood was by KINO and Victor Tsoi.  “I would like to thank Marina and Igor for the trust they had in me and our company.  I’m very happy that everything worked well, and that the Tambora Battens lived up to expectations.  I hope I can see a concert live when shows resume!”