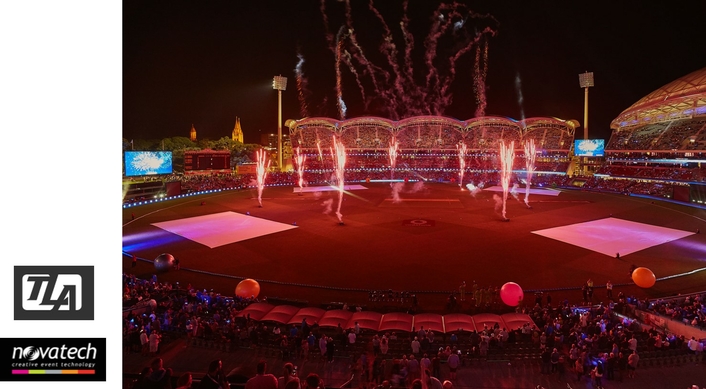 “Who lives in a pineapple under the sea?” is not a question usually posed at the cricket, but when Spongebob Squarepants turned 20, Nickelodeon teamed up with sports agency TLA Worldwide to celebrate his birthday at the now-iconic Big Bash League New Year’s Eve fixture at Adelaide Oval. Since 2014, the after-game celebration has become the party to be at, with the entertainment growing more spectacular each year.

Long-term production partner Novatech Creative Event Technology (NCET) outdid themselves on Dec 31, as the Adelaide Strikers took on Sydney Thunder. Video and content gurus Campfire Content put together a spectacular video programme that sent the beloved children’s character in to bat and bowl, in a massive, immersive show that completely took over Adelaide Oval just seven minutes after the game concluded. 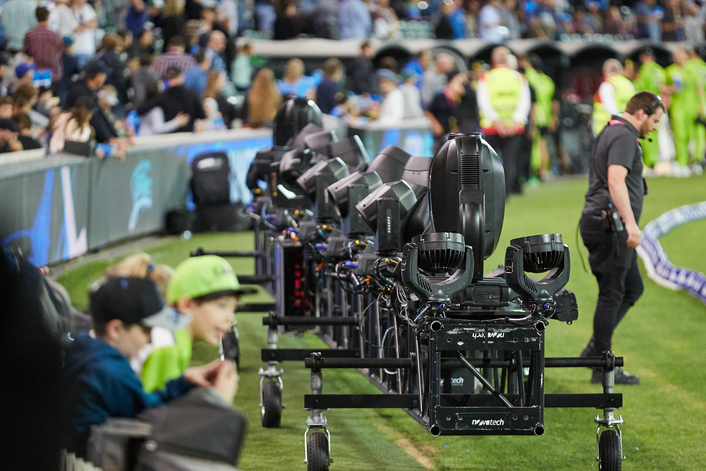 The Oval’s 360 degree boundary LED screens, two levels of parapet LED screens, and three enormous LED vision screens were unified into a vast content canvas. Not satisfied with that, Novatech designed, sourced, built, and rolled out four 30 metre by 17 metre projection surfaces onto the field itself – no mean feat for material weighing 120 kg, in seven minutes, positioned to the millimetre. Four Barco UDX32K 4K projectors were rigged at the rear of the grandstands to project onto the surfaces, using every pixel of their 4K capability to create a perfect image.   The backbone of the show was NCET’s disguise 4x4pro media server, which handled playback, control, screen alignment, and timecode. Keeping everything in sync, the 4x4pro sent timing, triggers, and content to the Oval’s Ross Video system, to NCET’s grandMA3 full-size and grandMA3 light lighting desks, and to the pyrotechnics crew who set off fireworks on cue with the video. 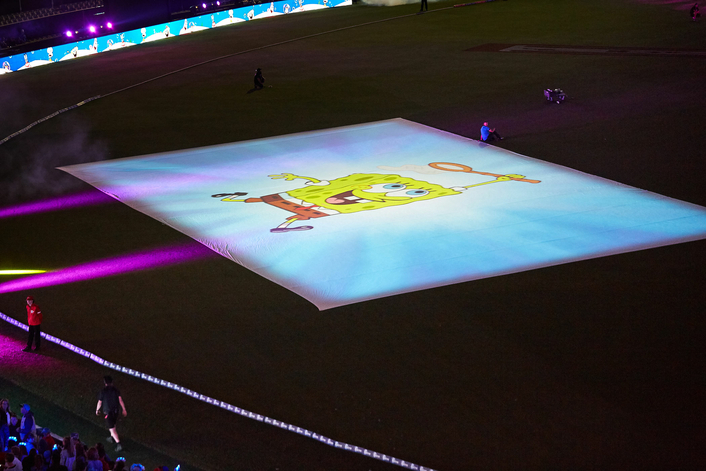 Some new kit in the NCET toolbox, Lightware UBEX optical scaling extenders, were used to send the 4K UHD@60Hz 4:4:4 video content latency-free across the oval’s fibre network, with eight units used to get the signal to and from where it needed to be, creating an ad-hoc and completely scalable video matrix system. “Lightware have really nailed it with UBEX,” enthuses NCET’s managing director Leko Novakovic. “We managed to purchase the first units of UBEX in Australia, and I’m totally thrilled with their performance. It’s become clear to our team that they’re a product that you have to own if you’re serious about video, and we intend to purchase another eight units.” 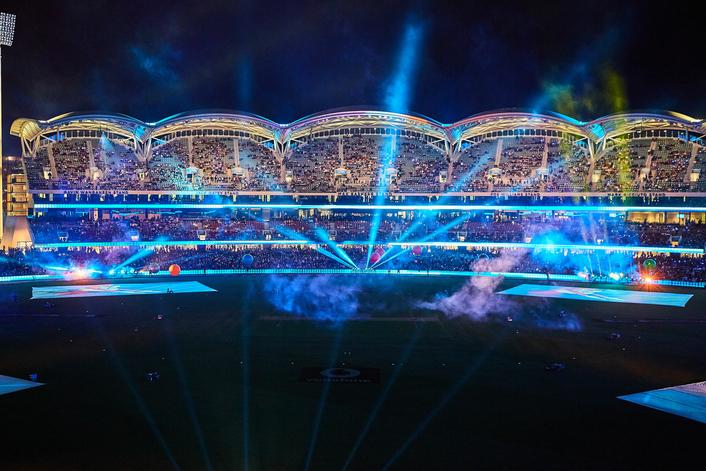 A huge lighting rig consisting of six prebuilt trusses fitted with turf-friendly tyres were rolled out during the changeover. Each truss was 12 metres long, and sported Claypaky Sharpys and Sharpy Pluses, along with Vari-Lite VL400s fitted with custom Spongebob full-colour gobos. These were used to project into the white domes of the Oval’s five roof arches, in time with the video content, providing a cost-effective alternative to full video projection. Supplementing the trusses on the ground were pre-rigged Vari-Lite VL3500 spots and washes and GLP Impression X4 Bar 20s, hidden behind LED screens and the Oval’s sight screens. Art-Net distributed over the venue’s converged network kept everything running smoothly. 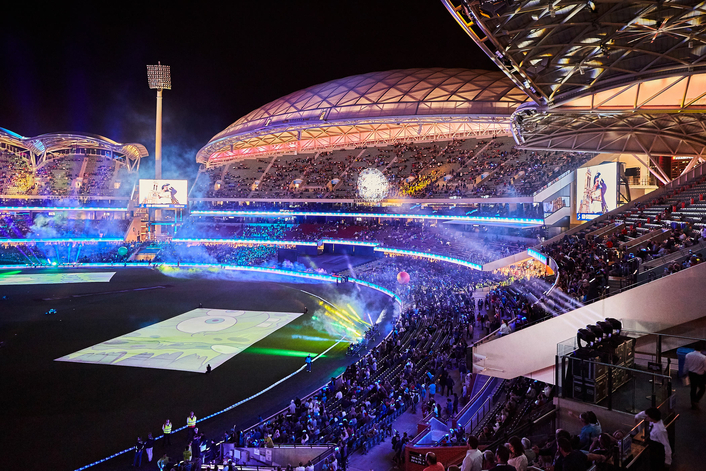 The final pieces of the puzzle were Riedel MN Compact Pro integrated video, audio and data routers used to get signal onto the ground, while the 32 crew communicated clearly using Riedel Bolero wireless comms. And that’s how six truss pods, four projection surfaces, and 16 2.4 metre wide inflatable balls that were thrown into the crowd, all hit their marks within seven minutes! “Spongebob Squarepants is not the first character that comes to mind when you think of cricket,” admits Leko, “but the BBL, TLA Worldwide, and Nickelodeon wanted something cool and different. With some clever design and fun new tech, I think we hit the brief for six!” 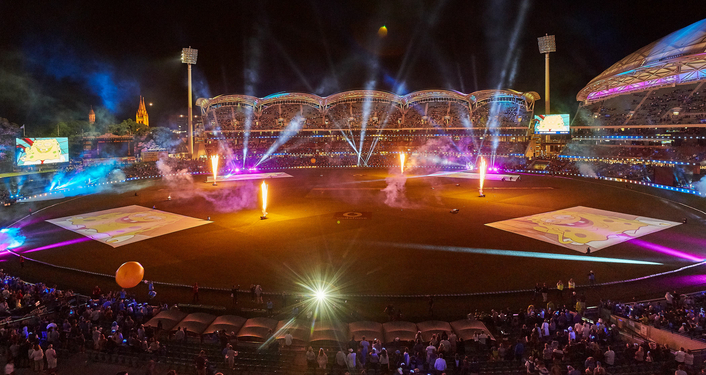 Novatech Creative Event Technology is one of Australia's leading and most respected audio-visual production companies. Driven by a passion and commitment to staging exceptional events, we have the expertise, technology and resources to produce and stage truly unique conferences, gala dinners, product launches, road shows and concerts that surpass our client’s expectations. Our world-class team, cutting edge technology and in-depth experience across a wide range of venues provides you with the confidence and peace of mind when staging your next event.