With the entire world ready to bid adieu to 2020, the city of Nashville added its own brand of Music City magic with its annual 'Jack Daniel's Music City Midnight: New Year's Eve in Nashville.’ The live televised concert featured music from Moon Taxi and The Shindellas as well as highlights from previous years’ celebrations. Bandit Lites provided the lighting system for the production which took place at the Steel Mill with no spectators due to COVID restrictions. The show was streamed on visitmusiccity.com and aired locally on NewsChannel 5 Nashville and Lightning 100.

Chris Lisle returned as Production Manager and Lighting Designer for the celebration, drawing on past iconic looks to evoke the familiar feel audiences have come to know and love, even if there was no actual ball drop.

“From a production design end, we wanted to make sure that we had some of the signature elements that would have been a part of our normal “big” show,” explained Lisle. “With this, the Music Note (that is traditionally lowered at midnight), the stage header, and the bulb style ‘2021’ numbers were all included on stage as part of the ’look.’”

The televised concert was originally to take place at Ascend Amphitheater, the site of previous outdoor New Year’s Eve celebrations, but the bombing in Nashville on Christmas Day led the production to move to the indoor facilities at the Steel Mill. 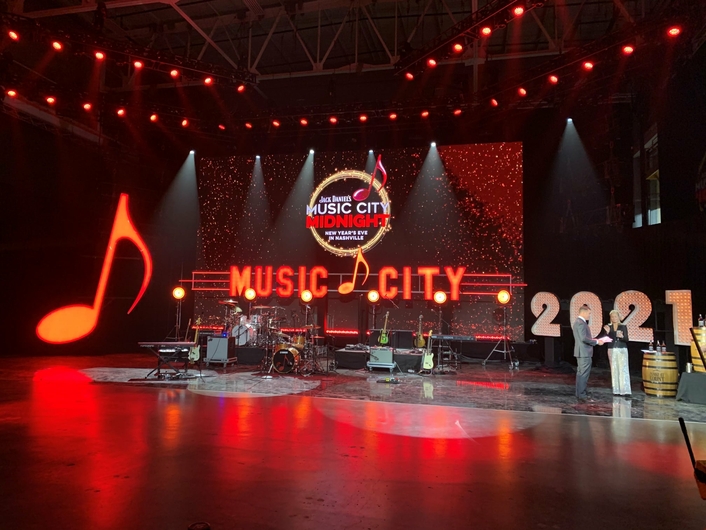 While the initial direction for the outdoor show was to keep the lighting minimal, the move to the Steel Mill allowed Lisle to utilize the in-house system including a full lighting rig from Bandit Lites and broadcast support from MooTV.

“The move to the Steel Mill and the use of the in-house system definitely helped ‘boost’ our system over what it would have been at Ascend,” explained Lisle. “As this was a televised show the main goal was to make sure we had adequate front and back key light, along with a few pieces of ‘eye candy’ for the camera shots. We still brought in the Circa Scoops and some LED battens to place low and fill in some spots around the scenic elements.”

Turning a whole production on a dime to a new venue might daunt some, but Bandit’s team proved their commitment to excellence and rising to the challenge.

“Putting on my PM hat, I was very happy with how the entire team hustled to move the entire show to a different venue two days prior to the event,” said Lisle.

“We have had the honor of working with David Spencer from Music City, Inc. and Chris Lisle well over two dozen times in lighting Nashville’s New Year’s Eve and July 4 projects, and they are as battle tested as they come,” shared Bandit Lites Vice President Mike Golden. “I have watched them pull off amazing events in the worst of weather and logistics, and of course this year brought a new wrinkle. With the bombing happening on Friday, December 25th there were arguably two work days to source a new location and reorganize the plan. By Tuesday afternoon, the new location was confirmed and with some adjustments by Chris, we loaded in the following morning. It truly is our honor to work with this team and I always look forward to the next time.” 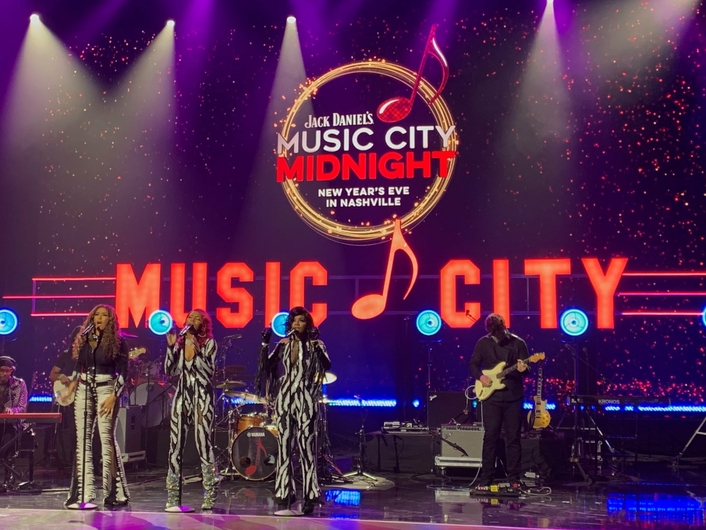 “Although we all (hopefully) know that the start of the New Year will not magically repair or replace all that we lost in 2020, I do have a renewed hope that a lot can get accomplished this year - not only in regard to getting our entire industry back onto its feet, but also personal and life goals as well,” finished Lisle.