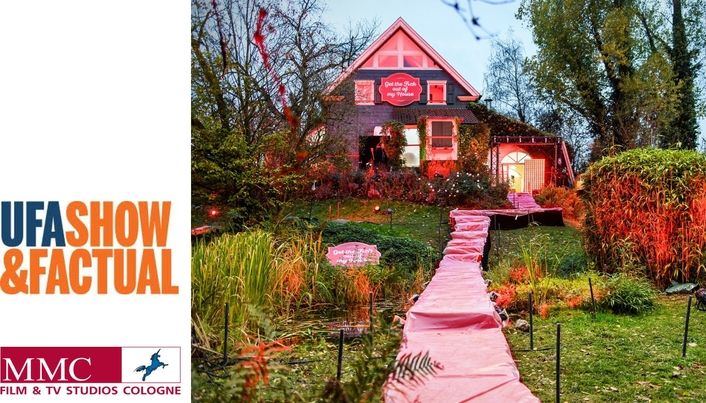 The TV experiment “Get the F*ck out of my House” sets new standards in TV production. The second season was shot in a real house with only 63 square meters of space in Mettmann, North Rhine-Westphalia. With more than 50 cameras, over 70 lights and hundreds of meters of cable, it was transformed into a television studio - without losing its “homey” atmosphere. As prime contractor, Cologne-based MMC Studios was responsible for this mammoth project for UFA Show & Factual GmbH.

The principle of the show “Get the F*ck out of my House” may be quickly explained: 100 candidates move into a single-family home, live together in a very small space and compete against each other in games. The last one to leave the house wins € 100,000. A real challenge - not only for the participants, but also for the makers of the show. After all, the film was shot 24/7 on location for about a month - not in a studio, but in a real house: Only 63 square meters were available for the participants along with all of the technical equipment.

As in the previous season, the producer, UFA Show & Factual GmbH, relied on the expertise of Cologne-based MMC Studios in producing the show because it is able to provide everything that is needed, including on location, as the primary contractor: MMC provided the entire technical staff in the form of a 19-member team. In addition to the video and audio equipment, lighting equipment and post-production work, MMC was also responsible for set construction and the building application process. This last item was particularly important for the project.

Security concept in a residential area

A vacant residential building in Mettmann, North Rhine-Westphalia was chosen as the film location. The building is located in a residential area. Accordingly, the security concept had to be adapted to the conditions on-site. “The efforts of our security officer Stefan Quentin paid off: The new concept and the applications were approved quickly and without any hitches by the city,” stresses Maria Lorf, responsible account manager at MMC Studios.

The house and the grounds needed extensive prep work. What was needed were working spaces for production and technical equipment; the house itself was transformed into a studio without losing its authentic character. The extensive construction and remodeling work lasted for three weeks. The location of the house on a slope posed a particular challenge: For example, the sloping terrain made it difficult to build a crane platform and a location for the show’s host in the yard. In order to solve this problem, the MMC team erected a small stage with the aid of stilts which were planted into the slope.

First of all, workspace had to be created for the production team: MMC was able to create space for show production in a garage located on the property. However, the space was too small for the 13 workstations that were needed. The team created extra space by constructing an extension prior to the start of filming. Editors, production managers and recording managers from UFA, as well as proxy cut, were able set up shop in a separate building about 300 meters from the shooting location. For MMC, this meant laying 300 meters of fiber optic cable in short order in order provide physical connection for image and audio transmission.

Creativity was also required for the interior design of the house. “We were careful not to change the character of the house too much,” Lorf stresses. “After all, plans called for selling the house once shooting was done. For this reason, we largely avoided core drilling in the walls for cables and the like as an example. Nevertheless, it couldn’t look like a makeshift arrangement at a construction site.” The set designers hid unsightly camera and lighting cables in white U-shaped molding that they installed in all of the rooms along the edges of the ceiling. This permitted light panels to be installed right on the molding.

Selecting the right recording equipment also required the expertise of MMC Studios with its many years of experience in the field of technical production for reality shows. “In the case of reality formats, capturing the participants as authentically as possible is important,” explains Uli Zahn, Executive Producer and Head of Reality/Factual at UFA SHOW & FACTUAL. “First of all, nothing can be allowed to escape the cameras during the day and at night, however, the technical equipment can’t be allowed to disturb the residents. The choice of the right equipment also plays an important role in this balancing act.” For indoor filming, 34 remote-controlled PTZ cameras (pan, tilt, zoom) were installed that can be swiveled and tilted over a very wide range but that also have sufficient zoom capacity. Panasonic model AW-UE70WEJ with an infrared function was chosen for the night shots. These plain white cameras are extremely compact and therefore hardly noticed. In addition, they didn’t require bulky power supplies that needed to be hidden since the power supply runs directly over the video cable. On the rest of the site and in the sensitive area in front of the bathrooms, the team installed a further 15 commercially-available surveillance cameras, that filmed a fixed location. 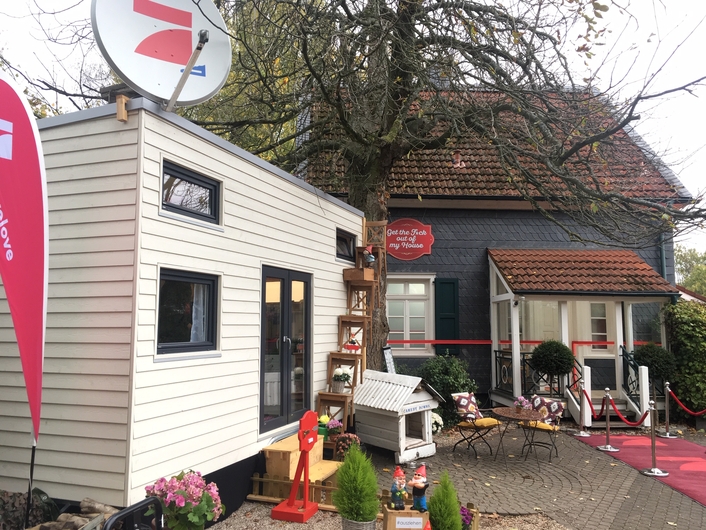 “Just as with the recording equipment, when it came to lighting, we also opted for lights that were as inconspicuous as possible,” reports Lorf. “Studio lights would have jutted so far into the living room that they would have been visible in the picture and disturbed the overall view.” Together with media and event technology company mls magic light + sound, MMC equipped the building with LED panels that emit both daylight and artificial light. In addition, 28 infrared lights were installed to enable ideal night shooting. Weather-resistant panels were used for the exterior lighting of the house and for the two host stations in front of the house. All panels were wired via DMX so that they could be controlled from the lighting desk in the control room.

“For outsiders, the control room with its complicated consoles must have looked like the bridge a spaceship,” Zahn sums up. “However, the team didn’t lose sight of anything. Working together with our colleagues from MMC, we made test recordings using forty test candidates over the course of six days and rehearsed technical operations. This meant that the crew was perfectly in tune once we started.” Shooting for the four episodes started after the successful test runs: Working in shifts, the filming started for 25 days, that means 600 hours, without interruption around the clock. Two directors per shift were responsible for capturing the most exciting moments. Each of them worked with two shaders, each operating two cameras in parallel. This permitted each director to choose from four shots and, working together, capture two parallel stories from the house.

A huge amount of recorded material came together during filming day and night. Keywords were assigned to the data immediately in order to maintain an overview. The “loggers” monitored the streams on a monitor with quadsplit. If, for example, there was a heated conversation between two residents, they noted the names of the participants and keywords such as “conversation” or “dispute” in addition to the corresponding time codes. This meant that the material could be located and matched much more quickly and easily later on during editing. 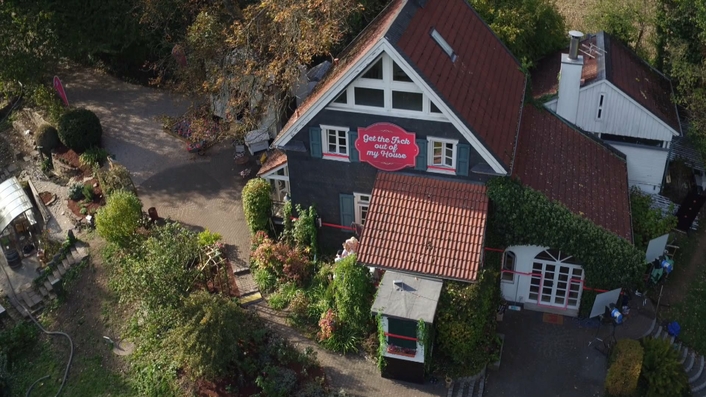 Three workstations for proxy editing were directly on site to pre-cut the streams. The edited streams were recorded on a high-resolution memory. Backups of the last 48 hours were made in parallel. After completion of the recording, the four programs were edited between January and April at MMC Studios in Cologne - namely at nine editing stations in parallel. Everything was ready for an on-time broadcast on ProSieben. “For us, this was a project that was as successful as it was exciting,” sums up Lorf. “Our crew did a great job and showed what is possible when producing this kind of show using imagination, experience and creativity.” 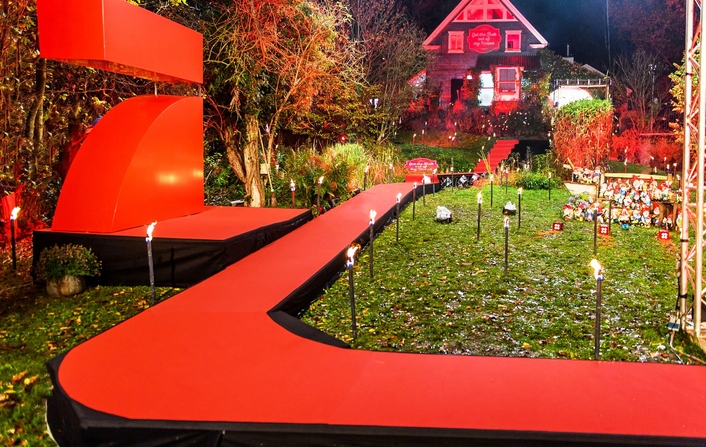 With its Coloneum in Cologne, privately run MMC offers one of the largest and most modern studio landscapes in Europe. With its excellent studio infrastructure, state-of-the-art production technology, highly efficient post-production, excellent stage construction and experienced staff, MMC Studios Köln GmbH is the leading service provider for entertainment shows and series in Germany.

In addition, MMC Studios produce feature films with national and international stars as well as a wide variety of company events and trade fairs. Fresh TV and web video formats are produced in MMC’s own Creative Space. In addition, eSports and gaming events also find ideal production conditions at MMC.

MMC Studios are therefore the number one spot for moving image productions in Germany. In addition, MMC and its team also provide the complete range of services on location, so that MMC’s customers also benefit from the company’s reliability and expertise outside of the studios.