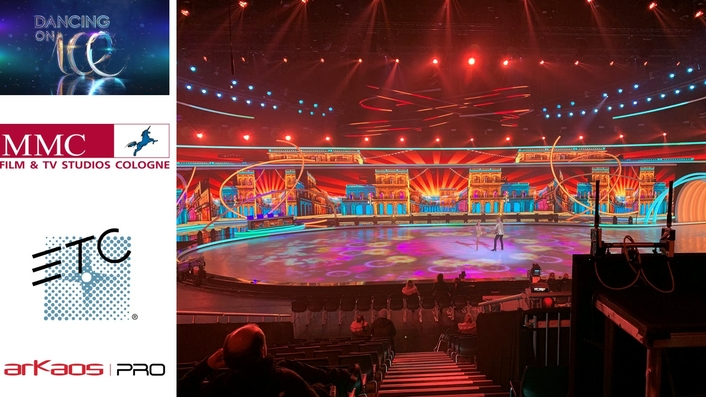 Eight of ArKaos’ new 4K Studio Servers were in action providing a 360-degree video solution for the recent fourth German edition of popular TV franchise Dancing on Ice, which was recorded at the Magic Media Company’s Coloneum venue in Ossendorf, Cologne, in a special set up that was customised for the first series. The show’s lighting designer was Manuel Da Costa who is very well known in the world of television, and has lit DSDS and many other leading German talent and music shows.  Manuel worked alongside his regular visuals designer Dennis Muhl who wanted to run the video cues via his grandMA3 console. The video and screens supplier was ETC Germany.

They approached ArKaos looking for a new server solution that could offer extremely high-quality rendering performance, and that was easy and intuitive to control from a lighting console.

They needed this for quick and precise video mapping of the large-scale LED screen covering 360 square metres and wrapping the studio which was integral to the production design … as well as hardware with genlock capabilities. 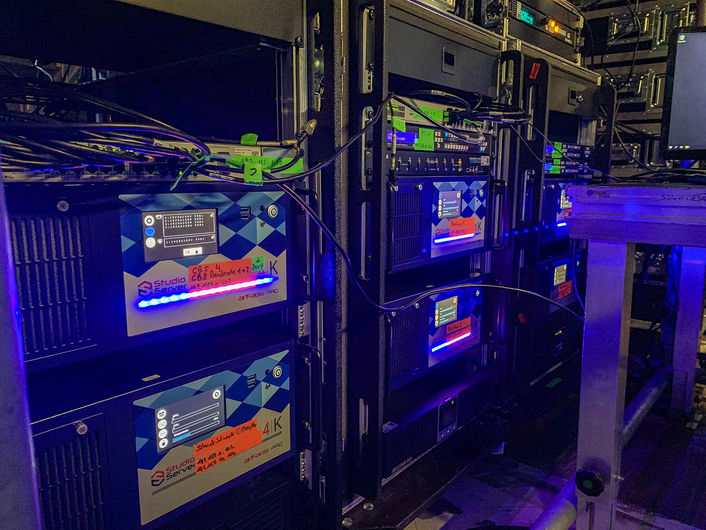 Eight Panasonic 31K video projectors were used to project detailed and intricate images onto the ice, effectively using it as another screen.

On top of all that, there were 44 universes of LED tape that needed to be mapped – via the network – into Manuel’s grandMA2 lighting console.

Manuel and Dennis wanted a manufacturing company that had an imaginative approach and whom they could trust in terms of support and ongoing development as well as a team with whom they could build a solid relationship for the development of potential future needs.

ArKaos ticked all the boxes!

Dennis had it in mind to use the ArKaos 4K servers following an encounter at the ISE expo in 2018 with Olli Winkler from LMP, ArKaos’ German distributor.

After the exhibition, Dennis and his colleagues attended one of ArKaos’s regular free training programmes to get more in-depth with the Belgian brand’s popular MediaMaster software and its intuitive VideoMapper. 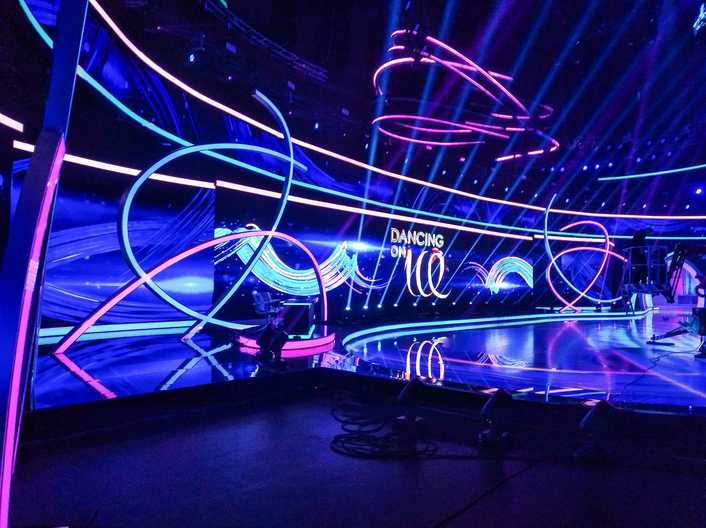 Dennis saw this as an ideal opportunity to check out MediaMaster software with DOI in mind, after which he ordered a demo version to test it further.

Olli and Dennis met Manuel Da Costa at the latter’s MDC company HQ, where they discussed the overall production design that Manuel had in mind and how the ArKaos system would help facilitate the specific aesthetics.

They all embraced the idea of pushing technical boundaries, and in utilising the 4K server to handle high quality video content fully integrated into the lighting console.

Everyone had many questions related to the performance of the servers in relation to the high quality HAPQ codec as the size of the video content was huge. They also talked extensively about the new functionality of ArKaos’s ‘DMX surface control’ because they would be the first visuals team worldwide to use it!

After this, ETC Germany placed the order for the eight servers - plus a spare - so Dennis and Manuel could have the powerful, flexible and dynamic video control they required.

The hardware was delivered directly to MMC’s studios where the servers were installed by Dennis, plus Olli Winkler who also supported the first setup and was on hand for Dennis and MDC’s server farmer Viola Weinert during programming.

The series’ video content was created by Gravity Germany, and the show was broadcast on Sat 1.

Dennis comments: “For me, the ArKaos server is a fast plug-and-play solution that stands out from other media servers in terms of flexibility and speed. I am very interested in how this server will be developed even further." 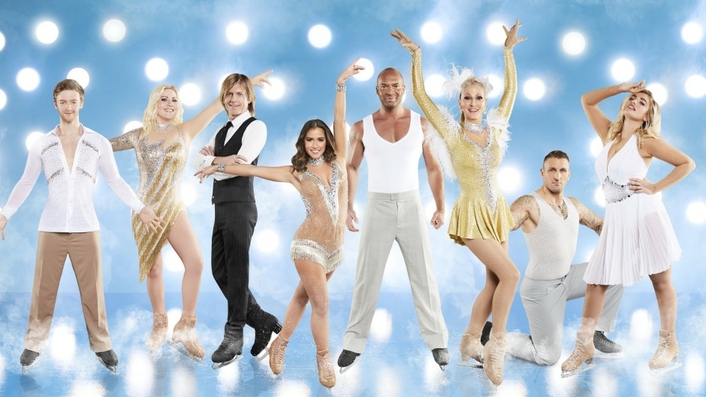 As a result of the success of this project, an updated version (v5.4) of MediaMaster was released by ArKaos for the benefit of all, with new features including a boost to the rendering and performance by 33% utilising the same hardware.

This boost is partly delivered by the utilization of a GPU accelerated codec, HAP, which dramatically speeds up the decoding elements of the process.

The 2019 Dancing On Ice series was hosted by Daniel Boschmann and Marlene Lufen and was very well received by the public. The competition was won by Sarah Lombardi and her professional partner Joti Polizoakis.