On June 13th 2015, in Düsseldorf, the best web videos of the year were honored with the German Web Video Award (Deutscher Webvideopreis). The award ceremony was broadcast live on TV for the first time. MMC Studios was the engineering prime contractor and was in charge of the set construction, as well as the technical production and the live broadcasting of the Gala event.

This year was the fifth time that the European Web Video Academy (EWVA) presented the best web videos of the year in Düsseldorf, and conferred upon the German Web Video Awards. In 2014, MMC already supported the EWVA with technical implementation and live broadcasting of the award ceremony. MMC provided a variety of services—including set design and construction, lighting technology and projection—and MMC televised the award ceremony, which was streamed in full on YouTube. 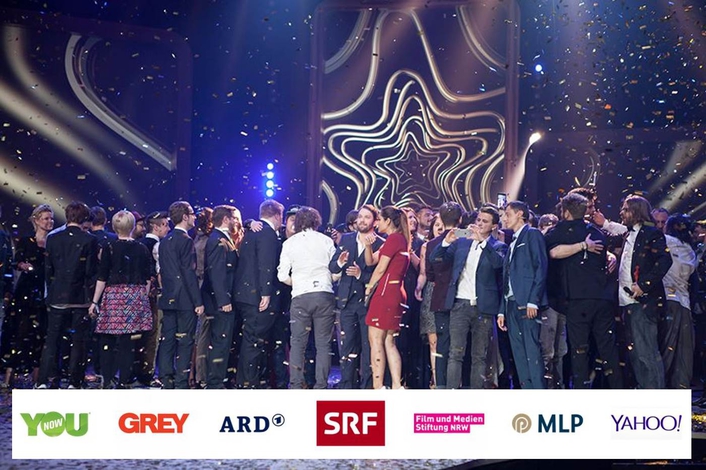 Parallel to the live broadcast on TV, this year’s Gala event was streamed live over the web sites of the German channels ARD, NDR, WDR, Bayerisches Fernsehen (Bavarian TV), SWR, as well as the Swiss TV channel, Schweizer Fernsehen. On Sunday, June 14th 2015, at 10:30 pm, all involved broadcasters showed the Web-Video-Award Gala as a 100-minute special TV event.

Nico Roden, MMC’s Director of Sales & Production, is very pleased with the two successful “premieres”: “Two premieres on one day is special to us. We are proud to have facilitated the first TV live-broadcast of the German Web Video Award, here in Düsseldorf. We are also delighted with the successful debut of our OB Truck crew. Finally, MMC quality is available outside our Coloneum studio lot.”

Production Notes:
A total of 13 cameras were used at the event location, Castello in Düsseldorf. The director, Michael Maier, positioned 10 cameras inside the event hall and 3 outside, by the red-carpet area.

These cameras included 7 Grass Valley (GVG) LDK8000s, 3 wireless GVG LDK8000 elites—two of which served as Steadicams while one was a handheld camera—as well as one GVG LDX compact, one Toshiba HD1, and for the action behind the scenes, one Marshall CV500 with a Link wireless transmission system. 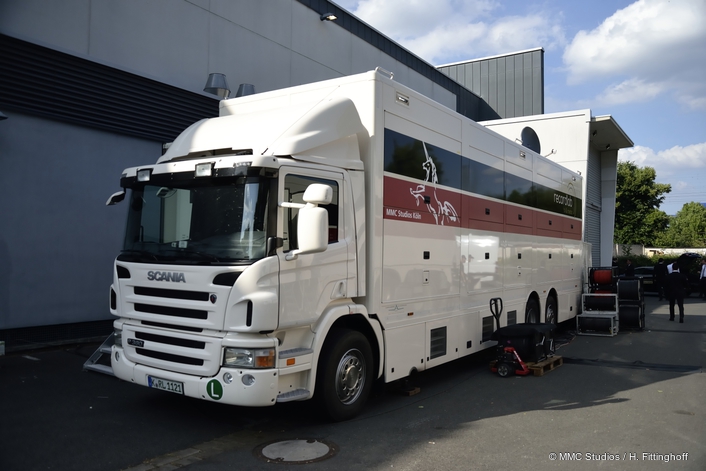 The signals were processed in the outside broadcast truck, Ü1. The video signals were mixed on a GVG Kayenne XL. The playbacks were carried out via four channels on a Grass Valley Summit Server. Graphics and captions were created by means of a Ross XPression character generator.

The Gala event was recorded on 14 XDCam HD VTRs. The material was split into two sequences, so that the taped material could be quickly transported to the MMC Studios in Cologne, where the MMC post-production team edited it overnight into a 100-minute special of the Web Video Award.

Live signals of the event were sent via SNG from Düsseldorf to an Astra satellite. The broadcaster SWR in Baden-Baden used these for the live broadcast of the Gala event on its channel EinsPlus, while the broadcaster NDR used the same signals in Hamburg, in order to stream the event live on its Internet site.

The 100-minute special of the Web Video Award, edited by the MMC post-production, was transmitted on June 14th via SNG and an Astra satellite to the German TV channel ARD and its broadcasting associates, as well as the Swiss TV channel, Schweizer Fernsehen, where it was broadcast at 10:30 pm, and 11:05 pm respectively.

In addition to the technical production and the live broadcast of the Gala event, the MMC Studios were also responsible for the set construction at the Castello event location. The set construction was based on a stage design and media concept of Jakob Kuby. The lighting design was by Jerry Appelt. 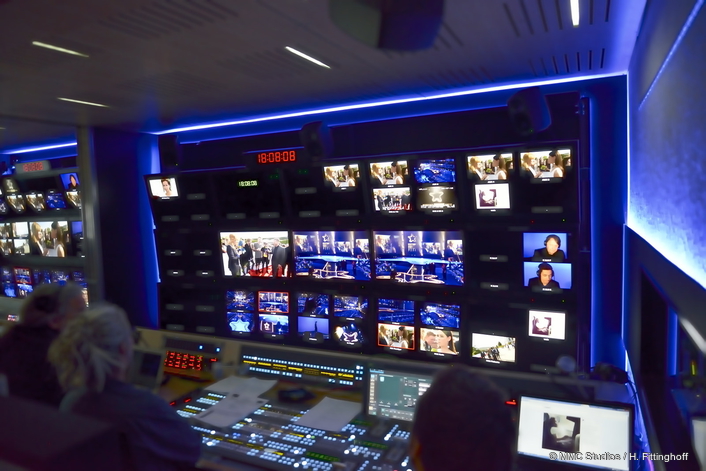 MMC’s Art Department built the main stage for the Gala event and built a satellite stage in star shape, and connected them via a sloping ramp. The glowing ceiling with the reproduced Web Video Award logo above the stage construction was the highlight.

The media concept of the event consisted of 5 rear-projection screens, controlled via a Barco Encore system and fed via 4 channels from the OB Truck. The projection screens in the background of the set were framed in various wood shades.

The red-carpet area outside and the press area were created by the MMC Art Department as well.

“The Web Video Award particularly appeals to us, as we independently develop and produce web contents with our new web-TV division, Unicorn Studios”, reported Nico Roden. “Due to our many years of close cooperation with Kimmig Entertainment at other award ceremonies, the client had confidence from the beginning that the proven all-round hassle-free package from the Coloneum could be implemented on location. With the MMC as engineering prime contractor, the client had only one contact for all teams. As mergers of media technology, lighting, broadcast technology and set construction become more and more complex, this concept appears without alternative to us.”

Award Ceremony:
On June 13th the German Web Video Award 2015 honored the best online videos of the German-speaking countries in 20 categories at the sold-out Castello in Düsseldorf.

Among the award winners were web-video stars such as Space Frogs, Kelly MissesVlog and the producers of Rocket Beans TV. Animation artist, Darkviktory, won even three awards. Two awards went to the musician Marti Fischer, alias theclavinover. Gronkh, the legend from the YouTube channel Let’s Play received the Honorary Award. 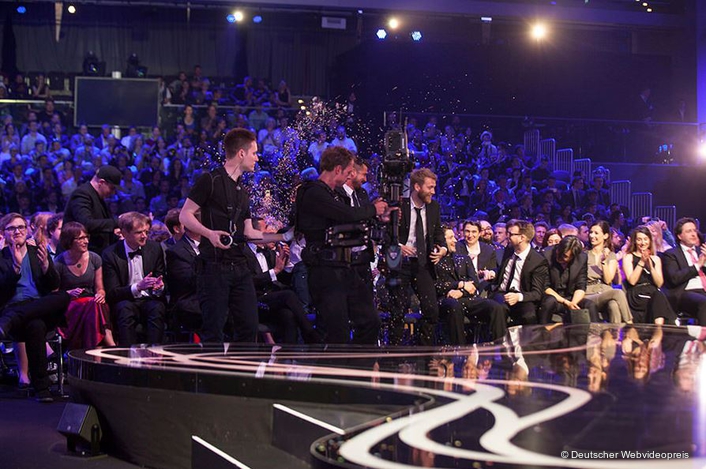 Numerous celebrities came to the glamorous ceremony of the German Web Video Award. The British chart-topper Jasmine Thompson made an appearance. Thompson, together with DJ Felix Jaehn from Hamburg, had the Number One hit “Ain’t Nobody (Loves Me Better)“.

About the MMC Studios Köln GmbH:
MMC Studios is now on the road and facilitates outside broadcasts for their clients with the new OB Truck Ü1.

Furthermore, the privately held MMC operates one of Europe’s largest and most advanced TV and film studio facilities. MMC Studios in Cologne are the hot spot for every kind of moving-image production in Germany.

Through its excellent studio infrastructure, state-of-the-art production technology, its highly efficient post-production, an excellent art department for set design and construction, and its experienced staff, MMC Studios Köln GmbH is the leading service provider for entertainment shows, daily soaps, and TV-series in Germany. In addition, feature films with national and international stars and a wide range of company events are produced in the MMC Studios.

In its own Creative Space, MMC’s division “Unicorn Studios” produces fresh web-video formats. Esports and gaming events find excellent production conditions at MMC Studios as well. A total of 118 people were employed at MMC at the end of 2014.